Belgica Guaña is frightened for her family,  who live in a country where the government chose to prioritise the economy over life. In addition, Newham district, of which she is a councillor for Canning Town South, has so far had 1,500 deaths from Coronavirus and poverty does not help to face the pandemic. Despite all of this, the pandemic hasn’t affected her mental health.

This immigrant, who keeps a positive attitude despite the odds, arrived in London in 1997 from Ecuador and, as a single mother and being marginalised by her own community for this, she had to work very hard to build up her career.

That woman, who back in her country was an accountant, crossed the Atlantic to be able to support her two children and went to work in the cleaning sector.

It took her greater sacrifices to arrive where she is today, she knows what it means to wake up early in the morning, clean houses, work in hotels, and look after other people’s children.

Thus, for years she was spending two days a week studying and working the rest of the time.

During that time, Belgica managed to take around 20 courses and, with the help of her course director she managed to change her career path and to enrol at university to study accounting and finance. Back in those days, she could never have imagined how different things would become, and today she is a councillor for the Newham borough.

During the pandemic, she hasn’t had any relatives close to her and she had to deal with the virus and the consequent lockdown alone. As you might expect, the pandemic has changed her habits and routines. 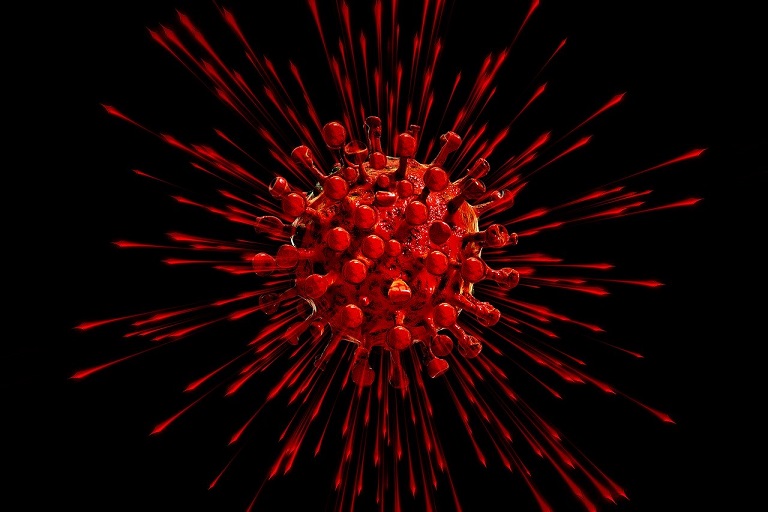 On the one hand, the amount of work has increased, forcing her to have meetings at all times of the day. But on the other hand, she can spend more time with her two children. “I think we are closer than before, we talk more often and we have long conversations”.

Furthermore, it has been a positive change to have much more time available, since it has allowed her to give space to her interests and read a lot in this time of coronavirus: to date she has read 15 books on Latin American politics and many others on personal development.

Unfortunately, her peace of mind is disturbed when she thinks of her home country, as it is in a very bad situation regarding the pandemic. She worries about her family in Ecuador and fears for their safety. Fortunately, none of her relatives have contracted the virus and they are all in good health. To all of them, Belgica not only sends all her “best energies”, but also financial aid, as much as possible.

At the moment of writing this note, Ecuador has registered more than 110,000 cases of contagion and more than 10,000 deaths. This country was one of the first and most heavily affected in South America. 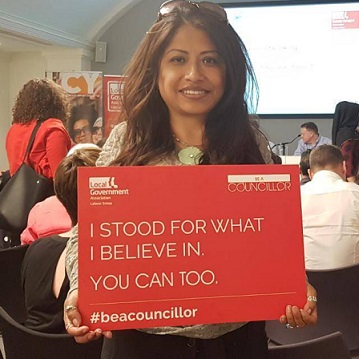 As if that was not enough, the Government, as stated by Belgica, decided to give greater importance to the economy, choosing to pay the external debt, rather than prioritizing and supporting the population.

Quite the opposite has occurred in the municipality of Newham where it has tried to increase all measures to support people at greater risk, focusing its efforts on the elderly, nursing homes, homeless people and, in general, all those in vulnerable situations.

But all those efforts might not have been enough. In fact, on a national level, London has the highest death rate, with 85.7 deaths per 100,000 people affected by Covid-19 and Newham alone can count more than 1,500 deaths. “The Mayor works very hard trying to help to residents in every area but it is not simple,” Belgica said.

Moreover, Newham is one of the poorest councils in England and, at the same time, it has one of the most diverse communities, with many different languages ​​and cultures, and a population that grows year after year. All those factors make it more difficult to reach every slice of the population and for these reasons, they do not know exactly how many of the Coronavirus victims are immigrants. 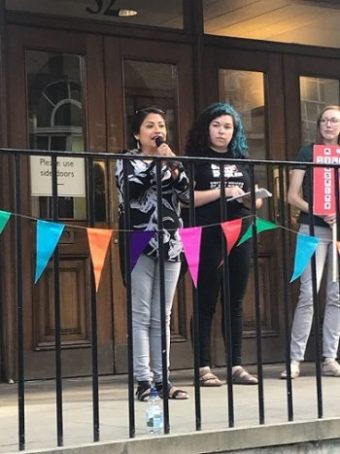 Although the central government has established the furlough scheme, helping the majority of the people with 80% of their salary and blocking evictions, she believes that the UK, having had the example of other countries in the world, should prepare better measures and focus its efforts on areas that have the greatest need, such as hospitals, airports and the labour sector.

Summing up from this experience, Belgica thinks that there are several lessons to be learned from this pandemic, and the most important one lies in the human side of people, “some of them full of kindness and love and the other full of selfishness and insanity.”