In one of the regions of Europe most afflicted by the pandemic, people no longer follow the safety rules. It seems that no one is worried about a possible second wave.

Dealing with the Covid emergency as an immigrant in England is by no means easy, and many have experienced the same fears, anxieties and difficulties.

In fact, in the United Kingdom, there are 9.5 million citizens born abroad.

Of these, 3.7 million come from European countries, one of the most affected geographical areas at the beginning of the pandemic, which has more than 30 million confirmed cases and almost 1 million deaths. Like myself, many other migrants had to leave their family and their homeland and now, from abroad, day after day, we have to see how the number of those affected by the Coronavirus grows, for example, in Europe.

And that raises many concerns. It is feared that someone you love may also fall victim to the virus.

With only a few weeks of delay, compared to Italy, the United Kingdom also started to have an exponential growth in cases of Covid-19, generating enormous concerns for the far-away parents of the many immigrants. Added to this concern is the poor management of the pandemic by the government. 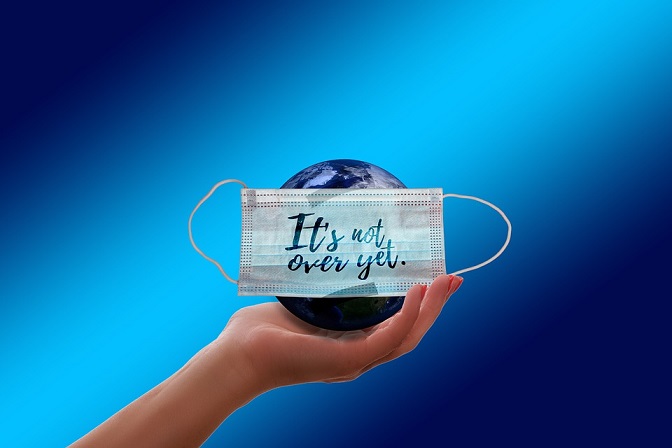 Despite the difficulties to travel, many immigrants have returned to their countries of origin to spend these dark times close to their families.

In my case, after consulting with the Italian embassy, ​​I decided to spend the months of the lockdown in London and when the restrictive measures were relaxed, and it was again possible to fly, I went to visit my uncle near Milan.

Of course, in just a few months, the way of travelling by plane has changed a lot, or so it seems once you cross the threshold of an airport. Various signs remind passengers to keep a safe distance and always to wear a mask. But, when you get on board all the seats are occupied, without any form of intrapersonal distancing. Fortunately, during the entire duration of the flight the use of the mask remains mandatory for passengers and crew.

I landed in Lombardy, with more than 97,000 cases and nearly 17,000 deaths, which had one of the first outbreaks of Covid in Europe. There, just three months earlier, military trucks were transporting the bodies of the dead out of the cities, to be burned in a hurry, as even the dead were representing a threat to the living, but now everything seems to have been forgotten.

The population is tired of always and only hearing about Coronavirus, tired of having many impositions and less freedom.

Despite the obligation of wearing a mask when interpersonal distance cannot be respected, only a few respect these rules. And, unfortunately, most people do not care about putting others at risk.

For example, one evening, I was with some friends on the terrace of a bar and, when I was about to enter to pay the bill, I put on my mask, thinking I didn’t want to spread the virus around in the case I had previously been infected.

But, the owner of the place, sitting next to the front door told me to take it off, not caring about the safety of his employees.

The funny thing is that several traders complain that, due to the pandemic, sales have dropped (an average of 30% according to them) which is bringing the economy to its knees, not only the Italian economy but that of the whole world.

However, at the same time it is upon them that they do not respect the rules nor  make their customers respect them, thus increasing the risk of a second wave and a second lockdown, for which many merchants would not have sufficient economic resources to cope , it emerged whilst talking with bartenders and restaurant owners.

Furthermore, young people have no awareness that Covid-19 is still among us. Bars and nightclubs are overcrowded, no one wears a mask, and everyone shakes hands, gives kisses and hugs, exchanges glasses of alcohol and passes around joints.

None of them realise that by doing so they can become transmission vectors, posing a rosk of infecting  their families. Also, illegal rave parties have restarted, where hundreds of people gather every week, moving from county to county and taking Coronavirus with them. 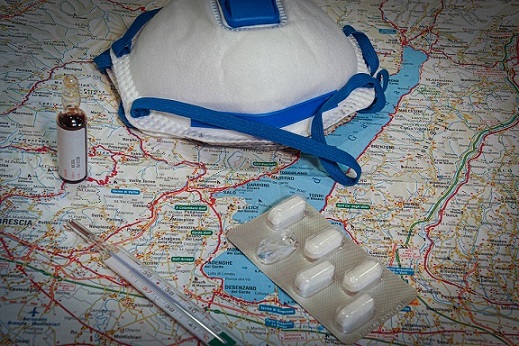 Many can’t wait to return to the old normality, they are tired of wearing the mask, they no longer want to have limitations, which is perfectly understandable, but as stated by many Italian journalists, all of this is resulting in a total lack of evaluation of the reality, and people are taking too many risks and putting everyone’s health at risk.

Unfortunately, listening to the political debate carried out by the far-right, one realises that nothing has been learned.

Many researchers and doctors believe that there is still too much ignorance and that the situation is underestimated. In Italy, currently, the finger is being pointed at immigrants that land on the Sicilian coasts, accused, by Matteo Salvini and others, of bringing the virus in Italy and also spreading it into the rest of Europe, inveighing against those who are trying to save themselves from other dangers, from other “diseases”, in this case social diseases, such as wars and poverty.

The same is also happening in England, where it is always us, immigrants, who are accused of bringing Covid-19 to the country. 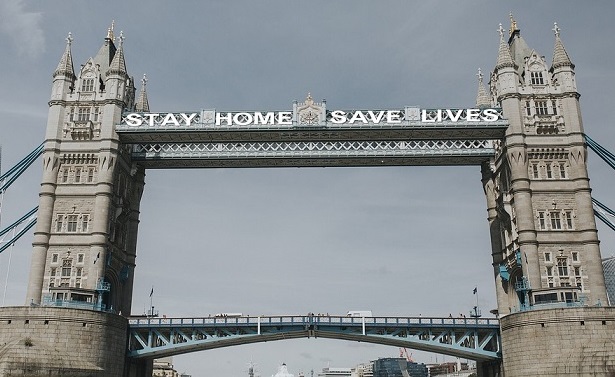 We forget that the Covid travels comfortably aboard planes, crossing borders in a few hours, carried around, from city to city, by irresponsible and unconscious citizens.

For example, in Italy, 75% of the infected are Italians who have contracted the virus from other Italians. Those are the same people who do not care about our society and, while they are aware of being positive with Coronavirus, they go out, move, travel and meet people, spreading the disease around.