According to studies, there are 340 Latin Americans with HIV in London. Despite being a treatable illness, it remains a taboo in the immigrant community. A campaign led by an organisation that works with ethnic minorities aims to put an end to positive cases by 2030. 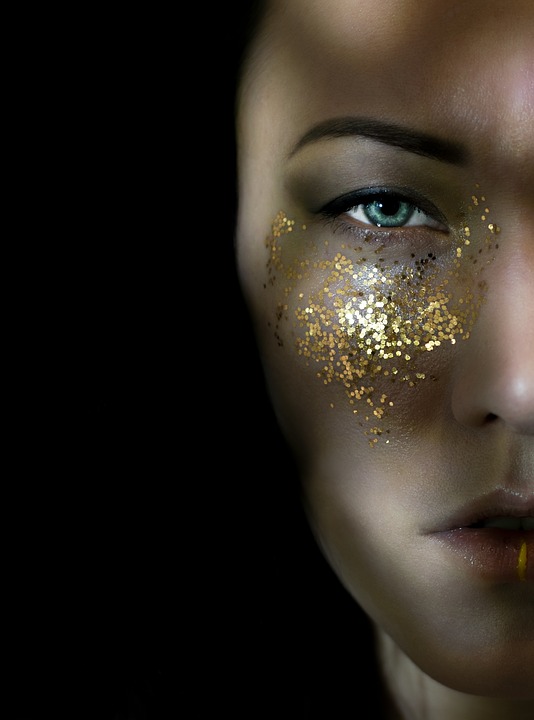 On a continent where the strength of religion has generated very conservative attitudes and customs, having HIV and AIDS causes a type of rejection in the social environment. This is why, even if someone has emigrated to a country where these sorts of illnesses are looked on with an open mind, within the community prejudice persists.

According to Carlos Corredor, Latin American Services Manager at NAZ: Sexual health for everyone, most affected people come from Colombia, Ecuador and Peru and one of the causes of propagation is ignorance, along with fear of social stigma.

The number of HIV cases is growing fast and the majority involve people who live in very deprived areas where cultural, economic and behavioural factors combine to make them more vulnerable.

It was the “Zero HIV” campaign, led by NAZ and the Elton John AIDS Foundation, that provided more than 120,000 HIV tests in the south of London, making it possible to offer affected people a treatment that would allow them to lead normal lives.

And also to enjoy a healthy and safe sexuality, which is the purpose of NAZ, founded in the name of Nazier, a muslim Pakistani immigrant who after contracting AIDS being gay, was harshly rejected by his family, his community and by society resulting in his dying without any support.

Last year the organisation carried out 1,068 HIV tests of which 23 were positive, giving London a positivity rate of 2.2%. 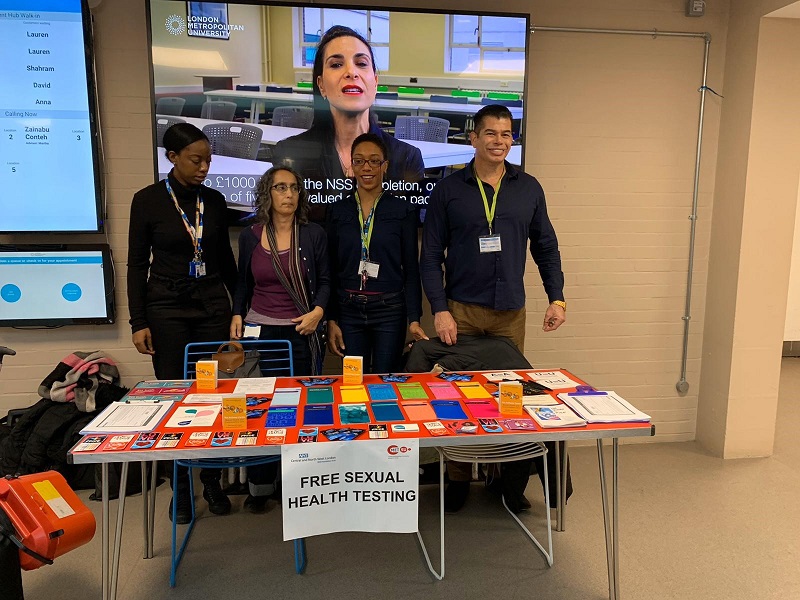 Carlos Corredor says that in his 21 years with NAZ he has seen over 500 Latin American people in London infected with the illness.

And about that, about the reality behind the figures, about campaigns like “Zero HIV” and other aspects, he spoke to The Prisma.

What is the “Zero HIV” campaign about?

It is part of an agreement that the United Kingdom signed so that there are no new cases of HIV infection by 2030 and it is financed by the Elton John Foundation, recognised for its fight against AIDS.

NAZ participates in this campaign by testing the sexually active population to identify people with HIV and offer them treatment.

A person who has been treated has an undetectable viral load, that is to say, they have an extremely small load in their blood or the virus is controlled by medication such as pre-exposure prophylaxis (PrEP), a tablet taken after a sexual encounter that is considered risky and which prevents the virus propagating throughout the body or infecting another person.

Which population group is most affected, men or women?

The largest number of users that we have is from the gay population who are more active sexually. Lately, we have seen new cases among heterosexuals, men and women.

Which nationalities among the Latin American community are most affected?

In order, Brazilians followed by Colombians, Ecuadorians and Peruvians. The figures reflect the size of the communities from each country, Brazilians and Colombians being the largest Latin American populations in the United Kingdom.

What is the process of HIV acceptance like among Latin American people?

It is difficult. In any country with a christian culture there is a tendency to believe that we deserve these illnesses because they are the result of a bad action and that is not the case. Sexually transmitted diseases are caused by bacteria, fungi and viruses just like any other disease. A cultural example is that if I get the flu I phone my friends for sympathy whereas if I have gonorrhoea the same thing doesn’t happen.

When someone makes it known in their social circle that they have HIV they are rejected, attacked or even thrown out of the place where they live because everybody thinks that they are at risk of being infected. People who have tested positive tend to claim to feel better than they do.

According to the international conference about AIDS there are some people who suffer violence in their relationship with their partner. What correlation is there between that violence and being more likely to be infected with HIV?

The problem with violent relationships is that the attacker takes away the other person’s personality, in other words they cancel it and part of the conditioning is that they take away their power of decision. 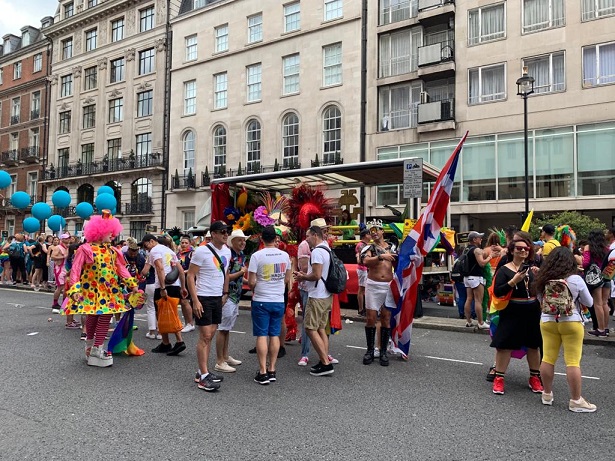 For example, repeatedly forcing the person not to practice safe sex. A person who has HIV and, in addition, is experiencing this situation can have very low self-esteem since they lose the motivation to have a normal life because their partner subjugates or represses them.

At NAZ we aim to help people who suffer violence so that they don’t experience it and can have normal lives.

What is the test that NAZ offers to find out if a person has been infected?

It is a test which is free, quick and 99.99% accurate. For it to work at least six weeks must have passed since the person was exposed to the virus. When the person says that they had a risky encounter three weeks previously, we do the test on the assumption that it wasn’t the first time and we invite them to take another test when the six weeks are up.

When the person tests positive we refer them first to the clinic where they go to receive free medical attention and treatment in their own language. We put them in contact with a whole network of support services for people with HIV, including emotional support. 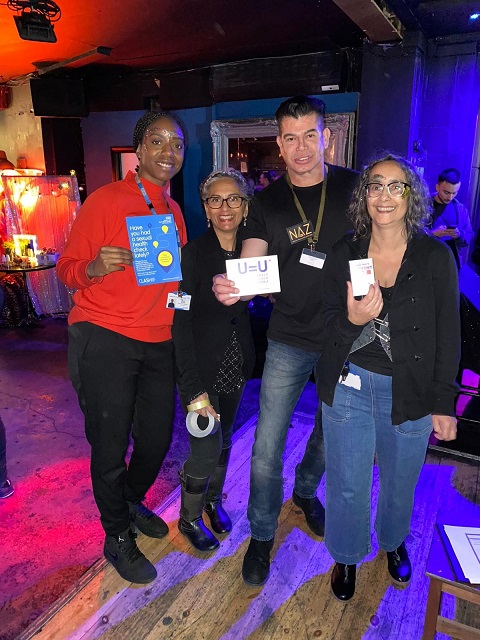 How comprehensive is this help?

When we identify a new case of a person with HIV, the person has many problems to resolve: they don’t have an immigration status, they don’t have a job, it is someone who lives in squalid conditions.

They don’t speak English, they are alone..

At NAZ we have the means to resolve this situation, for example there are organisations that help immigrants regularise their status. Once the Home Office accepts their immigration application the person is entitled to receive the same services.

Our objective is to empower the person and put them in contact with people from their own country so they have the opportunity to socialise. In the United Kingdom the majority of immigrants are alone, because we are the first or second generation of immigrants. So, that means that people don’t have a social group of which to be a part.

There is also a support group for people with HIV that carries out activities in Spanish because we believe it is much easier to identify with other people who speak the same language. Once a month, we share meals typical of each country so that people feel at home and build contact networks to improve their economic income and their quality of life.

What are the causes of the spread of HIV in the community?

Basically ignorance, it is a virus that we can avoid by using condoms. There is also fear of social stigma: if you carry condoms and someone realises, they might think that you are promiscuous, so you avoid carrying them. 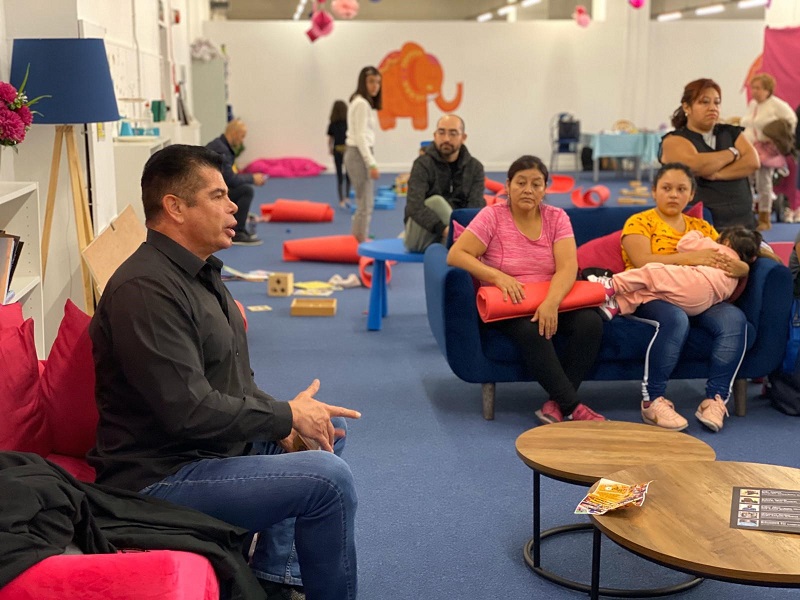 We can’t ask people not to have sex. In our community the sexual arena is a taboo and that makes us more vulnerable.

This is like a lottery: the more sex you have with different partners, the more vulnerable you are.

What health services are offered during lockdown to assist people with HIV and AIDS and also to prevent propagation?

Sexual Health London (SHL) provides information in all languages so that people can be informed. They are sending test kits by mail for HIV, chlamydia, gonorrhoea, syphilis, hepatitis…If it is positive they send the person to hospital and they will be attended to without any cost. This is because since October 2012 HIV has been considered a sexually transmitted disease which means that in the United Kingdom they are obliged to treat anybody free of charge.