Alexander Bogdanov should not be forgotten and White’s new biography, “Red Hamlet”, will help rehabilitate one of the brightest from that star class of intellectuals and  activists without whom the Russian Revolution could not continue to burn brightly in our political and cultural memory. 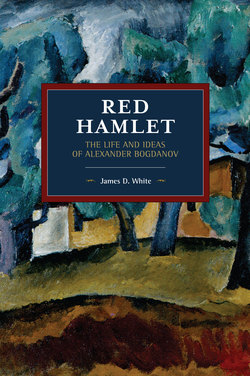 He met Lenin for the first time in 1904 and they became political allies at a time when Lenin urgently needed support.

Divisions within Russia’s revolutionary socialist party had led to Bolshevik and Menshevik factions and Lenin was at risk of being isolated.

Bogdanov was the leading Bolshevik in St Petersburg during the 1905 revolution but his role was not recognised in official histories because, as White puts it, he came to be  ‘anathematised’ by Lenin.

The break between them took the form a philosophical dispute but underlying it was Lenin’s unwillingness to tolerate what he saw as a threat to the political purity of the Bolshevik party following the defeat of the 1905 revolution.

Bogdanov argued for renewing underground activism in preparation for another revolution.

Lenin’s preferred and more moderate strategy was to work within the restricted constitutional opportunities for opposing tsarism.

This is supremely ironic given that the success of the Bolshevik revolution in October 1917 was due to Lenin, after the February revolution of that year, pressing for the very kind of risky, radical intervention that Bogdanov had earlier espoused.

Lenin’s theoretical hatchet job on Bogdanov came in “Materialism and empirio-criticism” (Gorky said it had ‘the sound of a hooligan’).

It dogmatically demanded a simplistic, crudely materialistic understanding of reality that is now philosophically discredited.

Intellectually more adventurous, Bogdanov’s ontology   was close to Marx’s as expressed in “Economic and philosophical manuscripts” and “The German ideology”.

Both see practice, human activity – the way and how we produce and the forms in which we express ourselves – as the praxis wherein humanity constitutes itself and the world.

Lenin’s second edition of his tract – he declined to respond to Bogdanov’s criticisms of it – confirmed the pariah status of his former comrade in arms.

It can be seen as pivotal in cementing the notion of a ‘correct’ party line and the culpable heresy of those who challenge it (any parallel with the suspension of Jeremy Corbin from the Labour Party is not coincidence).

By 1911, Bogdanov effectively withdrew from politics and returned to scientific and medical interests. He had trained as a doctor and, conscripted to serve as such in the First World War, was in the trenches when the 1917 February revolution deposed tsarism.

He fully supported the Bolshevik revolution in October but was no longer a political player in the unfolding drama.

He was briefly arrested in 1923 but talked his way out of it.

Five years later he died accidently, a result of blood transfusion experiments he was carrying out.

“Red Hamlet” is part of an emerging interest in Bogdanov, an exciting development that can be followed with the gradual publication of his writings in English from Haymarket Books.

Also of interest in this regard is McKenzie Wark’s   “Molecular Red” and a review “Red Hamlet” in Historical Materalism and “Red Hamlet: The life and ideas of Alexander Bogdanov”, by James D. White, is published by Haymarket Books.