As one voice beginning in Colombia and spreading to different parts of the world, this Tuesday 16 March in Europe, Latin America and North America, there will be protests and demonstrations held in support of the mothers of victims of extrajudicial executions committed by members of the army of that country between 2002 and 2008. 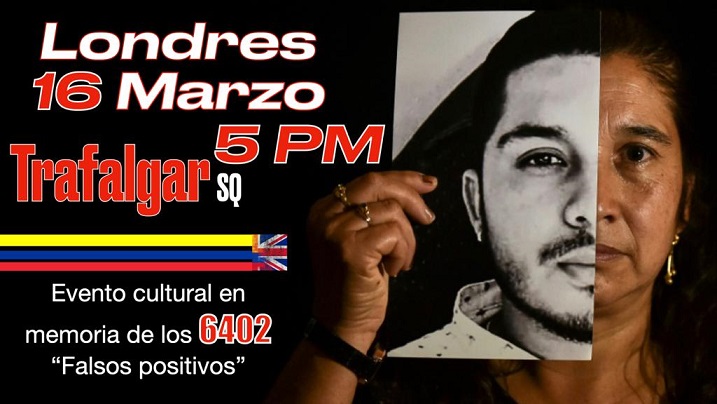 Everything will start in Colombia at 2 pm., in front of the headquarters of the Special Jurisdiction for Peace (JEP).

Simultaneously, and following the schedule of each country, individuals and organisations from different nations will accompany the mothers of the so-called ‘false positives’, who were nothing more than victims of assassinations presented as combat casualties by the army against the then guerrillas of the FARC. This solidarity will be in London, Vancouver, Barcelona, Melbourne, Montreal and many other cities around the world.

But those dead, those murdered, they were not guerrillas and nothing linked them to the extinct armed group, nor to any other.

They were young people, from the city and the countryside, who needed work and were led by deceit to places where their lives would end. Then they were dressed in guerrilla uniforms, swamp boots, and a weapon and before public opinion, they were shown as guerrillas who had died in the middle of the confrontation.

And that scene (as well as others like it) was repeated in several cities. Therefore, although there are many episodes of human rights violations that the Colombian population has faced in the last two decades, this has perhaps been one of the most painful.

The euphemism of ‘false positives’ to describe the extrajudicial executions committed by members of the security forces when the extreme right-wing Álvaro Uribe was president of the country, fails to hide the atrocity of the act itself and of those who gave the order.

The scandal of the murder of innocents took place in 2008 and several soldiers had to be held accountable to justice. They talked, they investigated and data began to be emerge, and the numbers reached into their thousands. In fact, the Office of the Attorney General of the Nation spoke recently of 2,248.

But there are more. This was done by the Special Jurisdiction for Peace (JEP) in its order of 12 February of this year, where it indicates that there were at least 6,402 of those homicides during the government of Álvaro Uribe.

And although the figure is terrible and it shows that the truth of the facts has been hidden and impunity continues not only for the e  xecutors but also for those who gave the order, it seems to be even higher.

As the newspaper El Espectador points out, although the figure is revealing, the social organisations that have submitted databases to the Peace Tribunal, claim it could increase if other periods of the armed conflict are contemplated and if more submitted soldiers tell of other crimes. 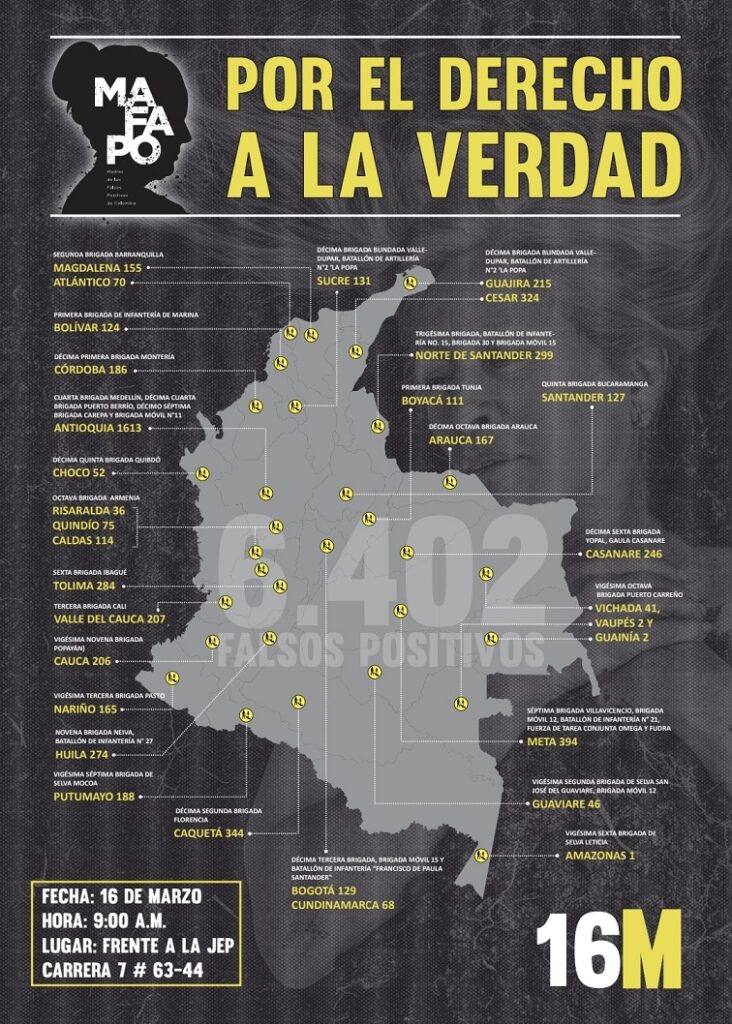 The truth is that the false positives, which occurred between 2002 and 2008, created mistrust and fear among various sectors of public opinion, but especially among the mothers of the victims, who are determined that there is no impunity.

Threatened and opprobriated by the right wing that refuses to admit or justifies the atrocity of the Army, the mothers organised themselves and since 2008, they have denounced the murder of their children and have advanced a legal, social and personal struggle so that one day the perpetrators might pay.

These are the Mothers of False Positives of Soacha and Bogotá (Mafapo) and they are determined to let the truth be known.