“Small Axe” is an anthology consisting of five film in series that together weave a concise and cohesive overview of the racial violence that prevailed in London from the end of the 60s until the start of the 80s. “Lovers rock” stands out for its audio-visual potential. 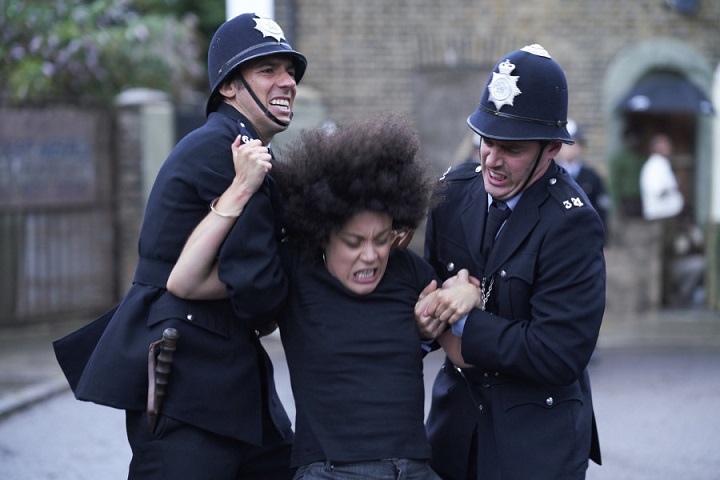 In a strict sense, Small Axe is not a series, nor even a miniseries, as it has been designated in some places. Rather, it has a single focus: an anthology of five standalone films that, beyond each one’s individual independence, weave together a concise and cohesive overview of the racial violence that prevailed in London from the end of the 60s until the start of the 80s.

The approach to this subject matter unfurls through the ins and outs of daily life within the Afro Caribbean community in the UK.

The project was developed in its entirety by Steve McQueen, who cowrites and directs the five parts. With this series, McQueen, who is known for his two notable films Hunger (2008) and Shame (2011), as well as more recent works such as 12 Years a Slave (2013) and the catastrophic thriller Widows (2014), aims to go beyond the sharp look of his first works, as well as, to a greater or lesser extent, the elaborate formal setup.

The series, if we can indeed categorise it as such, was produced by the BBC and released by Amazon.

Despite its unevenness a   nd the loss in momentum due to the emphatic nature of its sobering discourse, among the five parts, one stands out as possibly the most stimulating audio-visual experiences of these last few months. Undoubtedly, the episode “Lovers rock” is the most daring and successful piece produced by the British director. A real find of sensuality and subtlety. 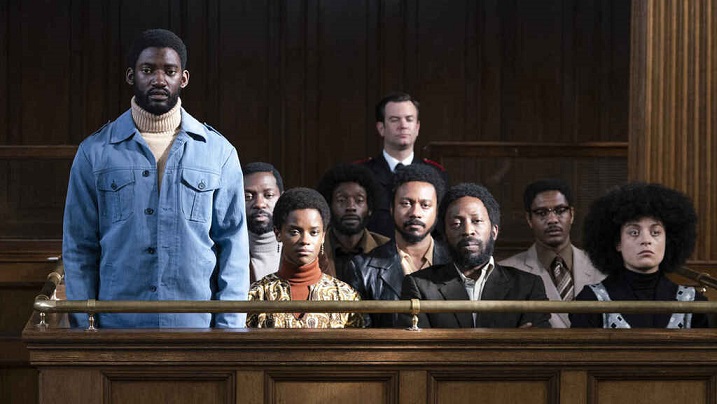 epping outside the box

The episodes last between 63 and 127 minutes, the longest being “The Mangrove”, a stereotyped story that serves as the opening episode. It tells the historically known story of the “Mangrove Nine” and the trial that followed. The Mangrove was a restaurant and central meeting point for the Afro Caribbean community in London, and was a target of constant police hostility from the end of the 1960s onwards.

After a long and careful introduction that focuses on the most vibrant aspects of the story, the careful approach to the community’s customs, music, food and relationships, the episode gives way to the legal process that unfolds after a public protest in which nine participants are accused of inciting a riot against the police.

There, we see all the elements that permanently throw off the whole collection: the emphatic discourse, the didactic nature of the presentation, and the accumulation of clichés that is not even afraid of the counterproductive aspect of creating soap opera villains.

As an opening episode, it forebodes an approach focused on the trivial glorification of common places that are no longer digestible. However, the second episode, “Lovers Rock”, steps outside the box in a masterful way, uncovering some expressive elements that promise another perspective. 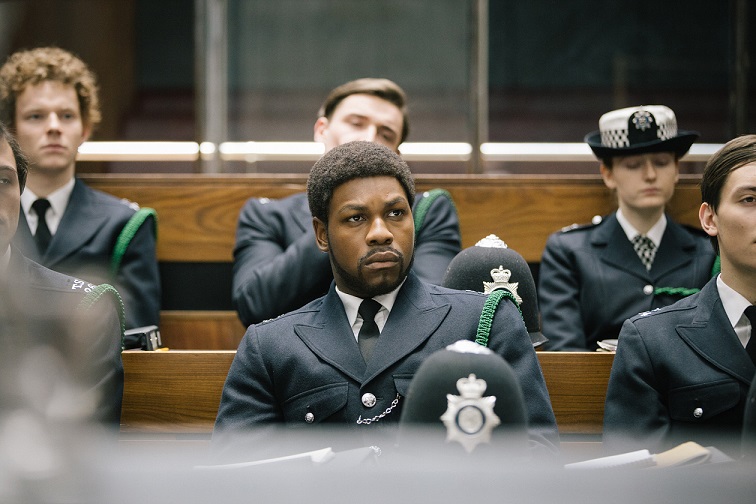 In some ways, “Lovers rock” is the simplest of the five films, but it is in this very simplicity that the greatest depth in the entire series is revealed. The episode tells a story about a party at which a man and a woman meet.

That’s it. The party preparations (food and music), the story’s development, and the ending at dawn, after the encounter, when the man and woman go to their separate homes.

McQueen’s masterful touch is best showcased in the daring means of expression that he chooses to narrate a seemingly banal event, and how he showcases (with a marvellous subtlety that is not seen in the other four films) a multitude of thematic perspectives that, with no didactic emphasis, turn out to be much more rallying and stimulating for the viewer.

As the story develops, we see how the party turns into a hypnotic audio-visual ritual. The film becomes a sort of trance (as experimental cinema has proposed many times).

Every detail of the visual and audio aspects gives us a hallucinatory glimpse, but without ever losing its realistic consistency.

The movement of the camera caresses the texture of the fabrics while the bodies come together in dance, stopping on languid gestures and sensual traces of a celebration that absorbs us second by second, even physically. The music, the outfits, the bodies, the gestures, the lights. 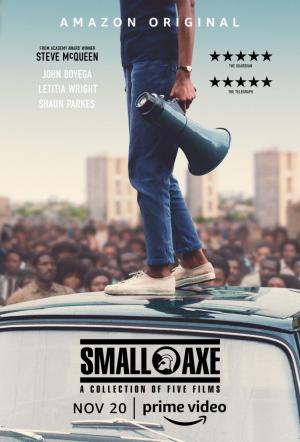 With this sensuality, “Lovers rock” slowly becomes a physical experience that can be felt in the body and in the breath, reaching a level of experience seldom achieved in this way.

That said, the most notable element is the subtle way in which tensions are highlighted in the spaces between this sensual trance, such as the hierarchy of gender roles within the community, the tensions associated with social exclusion, and the discriminatory threat of the “white” gaze that hovers persistently over each gesture. From start to finish, “Lovers rock” is a celebration, but one that is nonetheless able to give an account of an unavoidably problematic backdrop.

Racial discrimination in Britain in the sixties

Appropriately, the remaining episodes touch on other specific aspects of the racial discrimination of the time and place. The problematic relation between the afro community and the police, the structural links between racism and classism, and the cynical exclusion of Afro Caribbean people from the British educational system (delegated to, in many cases, “schools for subnormal pupils from an educational perspective”).

The synopsis is precise, and the anthological collection tells the story of the situation in its multiple and deciding aspects. But, apart from the notable episode mentioned, the rest fluctuates between a delicate and fair ‘costumbrist’ approach and an emphatic display of unsustainable didacticism. The unnecessary discursive emphasis and proliferation of common places threatens the great moments that are dispersed throughout the collection with alarming intensity.

Beyond the misguided aspects of the general approach, Steve McQueen leaves us with some great moments and treats us with the gem that is “Lovers rock”, which can surely be treasured among the best “films” of the year.