After three years of stagnation the government is being forced to confront their inaction on LGBTQ equality. LGBTQ and BAME people must both be accepted. Transgender people suffer even more from prejudice than gay people, and the silent majority always sides with the aggressor not the victim. “We need to be standing up for all rights, not just pick and choose the ones that appeal to us”.

Her high profile resignation from a government Equalities Office Advisory Panel, which was appointed to oversee the UK government’s  2018 LGBT Action Plan has succeeded in getting media attention for an issue that has stagnated for three years.

As Jayne says: ‘every day that they dally more lives are being impacted and even lost’.

She has been active in the Church of England in calling for a ban on conversion therapy and this was viewed by many as the most important action point of the plan. The medical profession agreed to a code of conduct that they would not offer it, but it is not illegal.

She identifies the Evangelical churches – to which she belongs – as a major source of pressure on LGBTQ people for conversion therapy, which, as described in her book “nearly killed me”.

She says their lack of repentance for this suffering ‘is un-Godly and un-Christian’, but is hopeful that things are changing.

There is also a lot of stereotyping of the Transgender community, who suffer far more prejudice. “I see fear of the Other, and this soon leads to hatred”, says Jayne, who spoke to The Prisma. 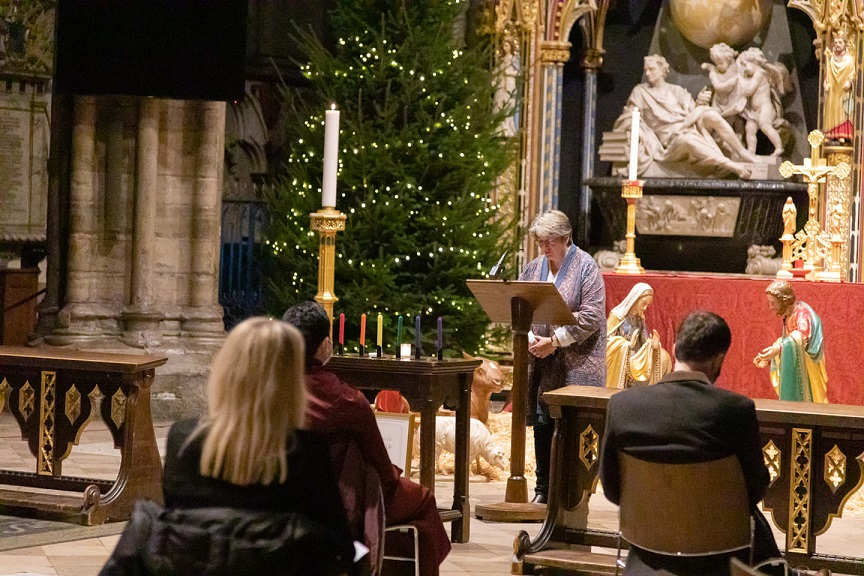 How come three members of the Advisory Panel felt they had to resign? You were astonished at the ignorance of the Ministers.

The LGBT Action Plan was brought in under Teresa May, after the biggest ever survey of LGBT people in the UK, to which 108,000 people responded, talking about their experiences, their fears and their wishes, and it was welcomed as a real breakthrough.

There were 75 action points, and to oversee the implementation an advisory panel was set up by Penny Mordaunt which I was invited to join. But after the change of government, the new secretary of state has not mentioned the action plan, and work on the ban has all but stopped.

Since July 2020 she hasn’t responded to any of the groups who have been calling for a meeting. On the 8th March there was a debate in the House of Commons, which resulted from a public petition, not from a govt initiative.

Many MPs from all parties spoke passionately about the need for a ban, but the minister gave a very cold speech, without any reference to the advice that we have given her. I was horrified because they have played straight into the hands of the right-wing evangelicals’ agenda. I felt that the only thing to do was resign, because they are not listening to us, and in order to get the prime minister’s attention. 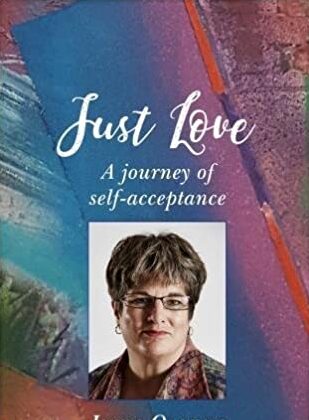 He is sympathetic to the LGBTQ community, and he has a lot to deal with at the present time. But the actions of some of his ministers are creating a climate of fear among the LGBTQ community, where they think we are going back to the dark days of Section 28. And our international standing has plummeted. This has got the media’s attention, and Liz Truss and Kim Badenoch have since said they definitely plan to ban it.

Pride in London has also just had mass resignations, citing a hostile environment. Do BAME people inside the LGBTQI+ movement generally suffer prejudice?

BAME groups have experienced very serious pressure to have conversion therapy within their cultural and religious groups, but I’m not aware of racism within the LGBTQ community.

I don’t think you can be ‘a little bit inclusive’: if we accept LGBTQ people, we also have to be open to other minority groups – we are all stronger when we stand together.

You are an Evangelical Christian. Have they become more supportive in recent years?

The Evangelical churches are the cause of so much pain and trauma for the LGBTQ community, but an increasing number of leaders within these churches in many countries are choosing to stand and support the LGBTQ community. In one of my books a number of them explained why they had changed their views and now believe that we have to celebrate the LGBTQ community. But we’ve also seen an increasing aggressiveness within the evangelical churches, and no repentance for what I call the ‘spiritual abuse’ that LGBTQ people have suffered, despite the research and the personal experiences that have been published. It is a brave thing to stand up and face vilification from those around you – but if it’s the right thing to do, then God will be with us.

Christianity is a gospel of love, where God blesses his creations and finds them good.

Evangelicals are not the only ones with fundamentalist views.

The Catholic Church and others also have fundamentalists, and it’s the legalistic interpretation of scripture, the arrogance that says: ‘I am right’. Jesus spoke out most about the Pharisees who put the letter of the law ahead of compassion for people.

I believe that all religions have at their core, kindness and truth. We need to admit that sometimes we’ve got things wrong, and that through science we now understand a lot more about sexuality and gender issues. 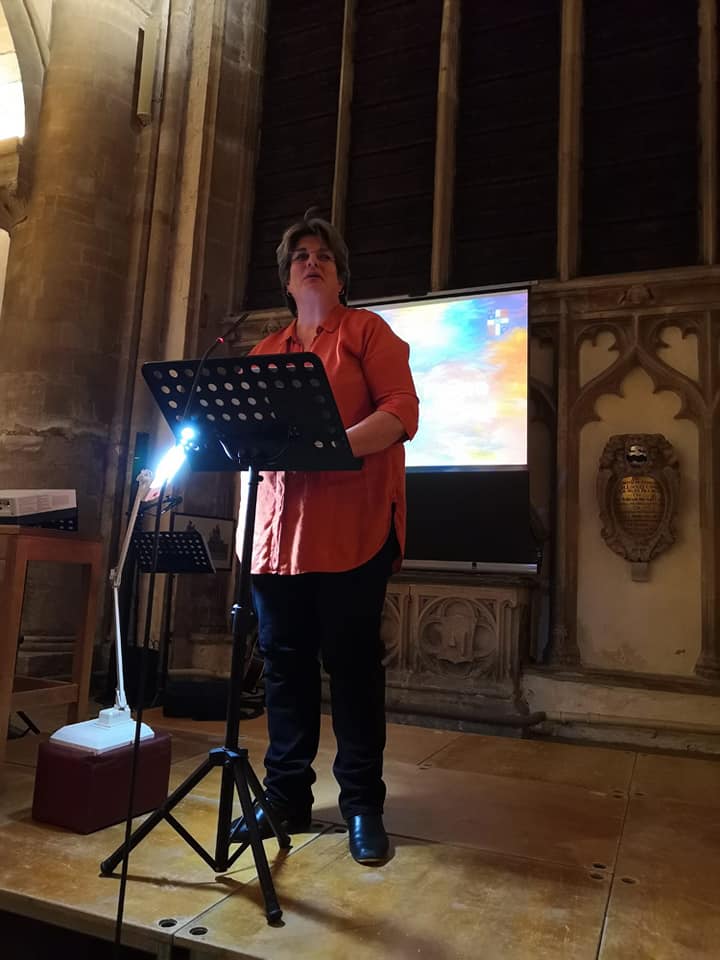 eople can’t simply change their orientation, and they don’t suddenly become gay or feel they are in the wrong body.

These are things that are with us from birth.  We need to look again at scripture, and see with love and compassion, what God is really saying.

It is also the silent majority of people who don’t want to rock the boat, because they always side with the perpetrator not the vulnerable.

The Vatican just announced that same sex marriage is unacceptable.

I had the immense privilege of meeting His Holiness in November 2019, and presenting him with my research on conversion therapy. I was invited to another meeting at the Vatican, when he spoke to a group of criminal lawyers, and criticized political leaders who he thought were acting like Nazis, by criminalizing homosexuality. There are discussions going on within the Catholic Church, and the Pope has said that LGBTQ people have the right to have families, and he has blessed the children of LGBTQ couples. We’ve also seen the backlash from the conservatives, and I don’t think last week’s missive will be the last.

Transgender people suffer disproportionately in many countries. Are they considered seriously in UK Govt thinking?

The level of prejudice, rejection and bullying that my friends in the Transgender community receive, based on ignorance, is huge even in the UK. They are twice as likely to be pressured into conversion therapy as gay people.

The lack of progress with the Gender Reform Act has emboldened those who try to abuse Transgender people.

I wrote an article last year with a Rabbi, about the need – especially for people of faith – to stand with our Transgender friends and call out transphobia.

We drew attention to vitriolic attacks by some radical feminists over the ‘bathroom issue’.

Many of these people have displayed enormous courage in the face of prejudice, and the UN and Human Rights law is very clear about protection for Transgender people.

One minority group is attacking another, as if to say ‘Transgender people are just men in dresses, so you’ve got no right to use our bathrooms’.

Yes, but there is a generational issue here because women of my age, who’ve had to fight for women’s rights coincide with a generation of Transgender people who haven’t always been able to have access to surgery or support until later in life. I only know of a very small number of incidents involving people with severe mental health problems. We need to be standing up for all rights, not just pick and choose the ones that appeal to us.

So, who offers conversion therapy?

We did this survey in 2018, and reached 468 people who had been through conversion therapy, and you can see the role of the religious leaders, and it’s borne out by the government’s own research, which showed that over 50% were being advised or pushed by religious leaders to go through the conversion.

It’s a questionnaire that we’d be happy to run in other countries, such as Latin America.