“It is important to understand that the government of Jair Bolsonaro is an accident, which will pass, just as Trump did in the United States. Brazil and the world deserve something much better than Bolsonaro.”

Those are the words of the former Brazilian president Luiz Inácio Lula da Silva, referring to the presence of Brazil’s current leader, whom he criticises for his mishandling of the pandemic and for “his government’s disastrous international policy.”

“Nobody calls Brazil for a meeting. Everybody is worried about the mismanagement, deforestation, the disregard for Covid-19, vaccines and care of the people,” he says.

At 75 years old, Lula resembles a close relative and many people in Brazil look on him as the president almost all of them would like to have because he is traditional in his values but very firm in his convictions.

He is still the metalworker with well-groomed grey hair, a neat beard and a perennial smile who, characterised by his self-evident humility, is one of the most notable political personalities of the twenty-first century.

During his five-day visit to the federal district of Brasilia he hardly had time to rest but he managed to re-establish links with leaders and groups of different political colours.

“I think that for the PT (Workers’ Party), the fact that conversations have been re-established with the country’s political forces is very significant,” states the former union leader in a video recorded at the end of his stay in the Brazilian capital.

During the discussions, the topic of the urgent Covid-19 vaccine for everyone was tackled along with “the 600 reais ($108) per month emergency aid, emergency credit to save small and medium-sized enterprises and an investment policy to create jobs.”

A Parliamentary Investigation Commission (CPI) is underway, inquiring into actions, omissions and negligence of the federal government in its management of Covid-19.

Bolsonaro’s indolence with respect to the pandemic was confirmed within two weeks and both the former soldier and his support bases, who had tried to divert the commission’s focus, were quietened down.

Threats of calling in the armed forces and attacks on the commission’s chairman, Renan Calheiros, were among the strategies adopted by the Planalto Palace (the seat of executive power) and its allies in Congress.

“The CPI and other investigations will confirm what everybody has seen: negligence, irresponsibility, lies and the absurd way Bolsonaro and his government have acted during the world’s worst health crisis for 100 years,” says Lula.

Coronavirus has cost hundreds of thousands of lives around the world, “over 435,000 people just in Brazil.” Lula accuses Bolsonaro, “instead of co-ordinating the local governments, he repeatedly sabotaged measures to fight the virus, recommended false medicines to the population and dismantled the Ministry of Health’s technical team. Quite inhuman.”

According to the former trade union leader, the investigators demonstrated that at least 200,000 people have died during the pandemic due to the government’s errors.

Lula thinks that “Cuban doctors could help Brazil’s population during the Covid-19 crisis. They really came to the aid of Brazilians, especially those living in the most remote communities and in the poorest neighbourhoods.”

Cuban professionals “are very necessary and the government rejected them (in the context of the More Doctors Programme), it did so because it doesn’t care about the lives of the Brazilian population,” he says. He alluded to the vaccine candidates that the Caribbean island is developing against the pathogen and called on the South American giant to analyse and pursue all possible vaccines effective against Covid-19 in order to leave this pandemic behind as soon as possible.

The country’s most socially vulnerable groups are in a critical situation in the face of the pandemic.

The emergency aid is a victory but it does not reach everyone who needs it, it subjects people to bureaucratic difficulties and it is a long way from solving the problem. When the government decided to cancel the assistance and then reinstate it at a lower rate (it dropped from 600 to 150 reais), it forced families to go out onto the streets in search of food and therefore the numbers of Covid deaths and infections rocketed.

For Lula, Brazil had months to prepare, first when the virus appeared in China and then in Italy. It could have closed its borders more quickly and then carried out more tests to trace and isolate infection hotspots.

Bolsonaro prevented these actions, Lula clarifies, explaining that when the 600 reais emergency aid was approved it was as a result of pressure from opposition parties, principally the PT.

The aid, he explains, “was essential to avoid the spread of the virus and to help those who could stay at home, and to protect businesses, especially small ones.”

He points out that the former soldier “allowed the aid to be agreed and is now proposing a smaller amount, for fewer people. For those who had to work, the government and businesses should have provided personal protective equipment and safe conditions, while going as fast as possible with the vaccination of the entire population…None of this was done.”

It is increasingly clear, underlines Lula: “Bolsonaro wanted the Brazilian population to be exposed to the virus, regardless of the number of deaths.” 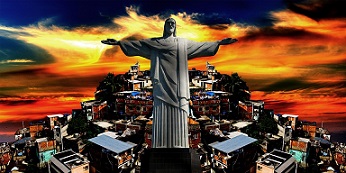 In April, the Federal Supreme Court (STF) upheld the decision that overturned the former leader’s convictions related to the now dissolved Operation Car Wash. This confirmation meant that Lula recovered his political rights and he could participate in the 2022 elections.

Of the eleven judges that make up the supreme court, eight agreed to maintain the invalidity of the sentences and three were against.

In the court’s view, the former judge Sérgio Moro, formally suspected of bias by the STF, should not have judged the cases against Lula, who served 580 days as a political prisoner for alleged corrupt acts.

The STF’s decision culminated in the cancellation of all the convictions against the former president, which is how he returned definitively to the political-electoral scene.

Despite that possibility, analysts warn that the left must not commit the same errors as in 2018, such as lack of unity, which paved the way for Bolsonaro’s triumph at the polls.

“That election was atypical because a farce was created to prevent me from standing as a candidate and campaigning in the country. Even from giving interviews,” explains Lula.

In his view, after his conviction by a biased judge (Moro), he (Moro) promoted “the political persecution of the left. As I know and as Bolsonaro himself knows, if I had competed in 2018, he would not have won.”

Moreover, a climate of hate and lies was created for years by some media groups, which allowed “the victory of the far-right and the election of a troglodyte. They were not normal elections.” 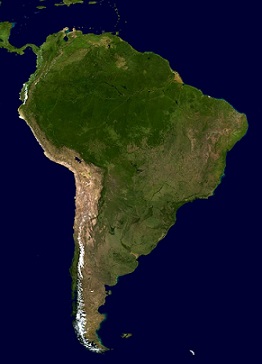 Lula tells the story of when he lost the election for the presidency of the government of Sao Paulo in 1982 and thought about leaving politics. He “visited Cuba and Fidel Castro told me that I had not been defeated, since never before had a worker received so many votes in an election.” And that encouraged him to continue in politics.

And on Cuba he says that from the island he has received for himself and for the Brazilian people “affection, respect and solidarity.”

For that very reason he condemns the absurd support of the former army captain, Jair Bolsonaro, for the blockade, backing “that was given in the context of a policy of subjugation to Trump.”

When the UN General Assembly voted in November 2019, Cuba received the overwhelming backing of the international community when 187 member states declared themselves to be against the economic, trade and financial blockade. Only two countries abstained: Colombia and Ukraine, while the United States, Israel and Brazil voted against lifting the siege and found themselves isolated in the face of the demands of the majority of the international community.

Commentators highlighted that this change of stance by the Brazilian executive in favour of the siege against Havana broke a diplomatic tradition dating back to 1992 and that it was mainly due to Bolsonaro’s attempt to strengthen the ideological alignment with the then president of the United States, Donald Trump. (PL)