“Monte abierto” is the disclosure of a world in which the generation of things happens through the reciprocal and embodied relationship between people, materials, and nature. And it’s also the name of the project for the Argentinian Pavilion at the 2021 London Design Biennale, curated by Franca López Barbera.

In this installation designer Cristián Mohaded Mohaded examines the resonance of design through his relationship with the artisan Lorenzo Reyes and the Simbol, a plant that grows in the Calchaquí Valleys in Catamarca, a province in the northwest of Argentina, from which they both come from.

For almost a decade, Cristián and Lorenzo maintain a collaborative and experimental practice built upon an ongoing process of making agreements, of forming a common language, and of pacts of respect between them, the Simbol, and the Monte (the bush).

Between rivers and mountains, shrubs grow wild on the Monte forming scattered islands of dense coloured clumps; a desert-like landscape of warm rusty sunsets that Lorenzo visits every three months. “Let’s go to the material,” he says, and from this encounter with the Simbol, relationships begin to be woven. 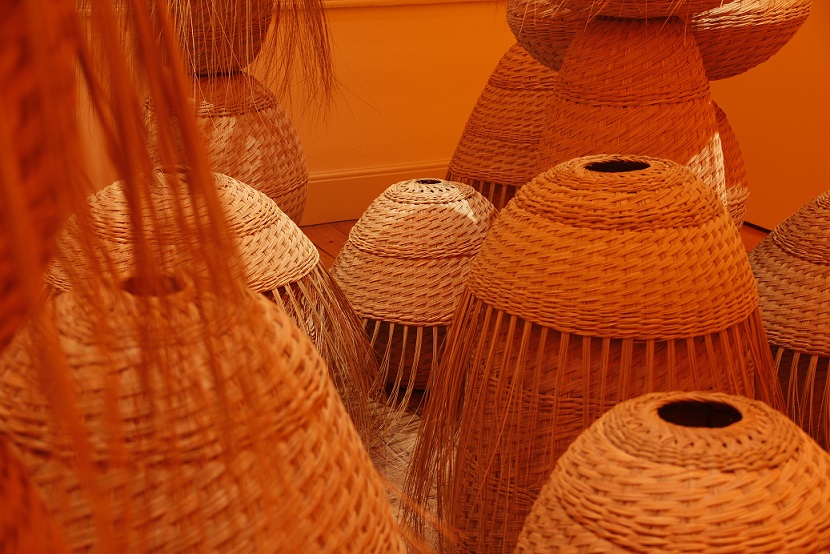 Simbol is both the plant and the basket weaving tradition of the province of Catamarca. Although Simbol fibres can be cut and woven at any time of the year, in summer they are given over to the cows, horses, and donkeys that come to the Monte to feed on them.

In winter, however, the cool wind dries the bright, tender green of the plant into shades of sandy yellow.

What is more, according to the minerals of the soil, red and orange spots can appear on the fibres.

For Lorenzo, these are not peripheral details but rather nature setting the pace of his practice. “Mother Nature offers us everything, we just have to go to the fields and work with our hands,” he says.

The Simbol, both as material and technique, thus becomes a technology-memory that stores and transfers a making expertise and a language specific to the Monte.

The meeting place for Cristián and Lorenzo is on the border between craft and design, where they create their own making together through the dialogue of their knowledges.

Dialogue appears here as a committed technology towards finding a shared vision, a shared language, a shared practice, a shared world.

In that sense, design is a situated activity that configures values, ways of relating, identities, and territories.

To enter the Monte, then, is not just an invitation to the landscape but to an epistemic orientation and a disposition to see and do things otherwise, a perspective in which the material and the immaterial are mutually constituted.

“Monte abierto” is the bringing forward of Cristián and Lorenzo’s shared territory and an invitation to their conversation as landscape — a world made through dialogue and a dialogue made world.

About the artists and the Biennial

Cristián Mohaded is an Argentinian artist and designer who lives and works between Buenos Aires and Milan. Throughout his career, Cristián created a hybrid body of work in which craft, industry, tradition, and innovation coexist harmoniously. His work is characterised by a profound respect for materials, sophisticated aesthetics, and high-quality objects.

Franca López Barbera is an Argentinian designer, researcher, and curator based in Berlin. Her work explores the intersection between design, nature, coloniality, gender, and ethics. Prior to this, Franca has straddled several professions, working with various design practices, art studios, non-profits, and academic institutions. 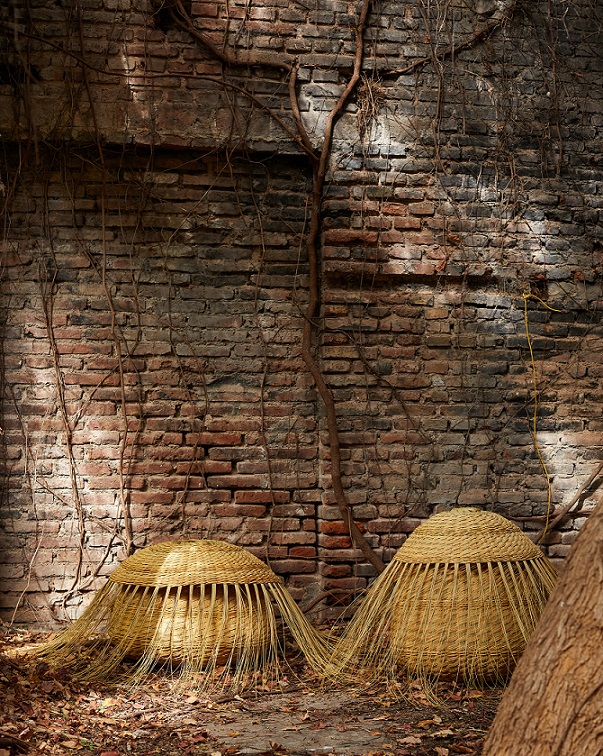 London Design Biennale is a global gathering of the world’s most ambitious and imaginative designers, curators and design institutes. For its third edition, Artistic Director Es Devlin has chosen Resonance as the theme, which considers the ripple effect of ground-breaking design concepts on the way we live, and the choices we make. A diverse group of countries, cities, and territories from six continents will take over Somerset House and respond to the theme in their installations and presentations. The London Design Biennale International Advisory Committee and Jury, composed of leading creative experts, awards four medals to the most significant contributions from the participating countries.

The project is supported by the Argentine Ministry of Foreign affairs International Trade and Worship and The Embassy of Argentina to the UK.

Information and photos: Press office of the Embassy of Argentina in London.