Portugal is supposedly the model for European success and recovery after the 2008 financial crisis. With its economy on the verge of collapse in the years immediately following the crisis, the country received substantial bailouts from the International Monetary Fund (IMF) and European Central Bank (ECB). 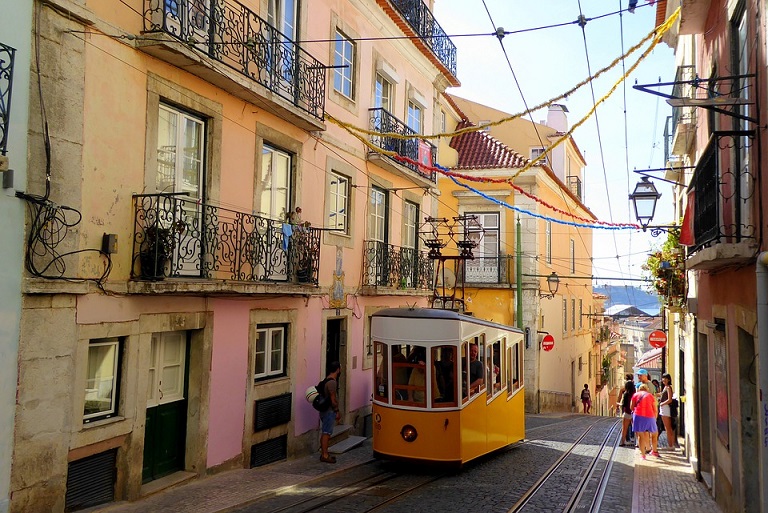 However, the bailouts came with conditions.

Due to a combination of the demands of the IMF and ECB, the Portuguese government’s economic ideology, and the general trends affecting most European countries, Portugal’s resulting economic recovery has come at a cost that threatens to undermine every euro of progress that the country has made.

I lived in Portugal in 2019. I saw the rows of empty tower blocks, the communities turned into tourist hubs, the dilapidated houses standing vacant while homelessness increased.

We spent months looking for a rental property while staying with friends only to find that the prices were far above what we could afford. When we understood the true scope of the problem, we realised that we shouldn’t have been there at all.

While rental prices in Lisbon and Porto have soared, even in many less populous areas it’s impossible for people to find a home. Estate agents and private landlords are swamped with applications for every property they offer, and rental scams abound.

As a Portuguese friend who manages a successful café 100 km. north of Lisbon said, “We make 600€ a month and it costs 800€ for rent alone. It’s just not possible.” The Portuguese monthly minimum wage was around 600€ in 2019. 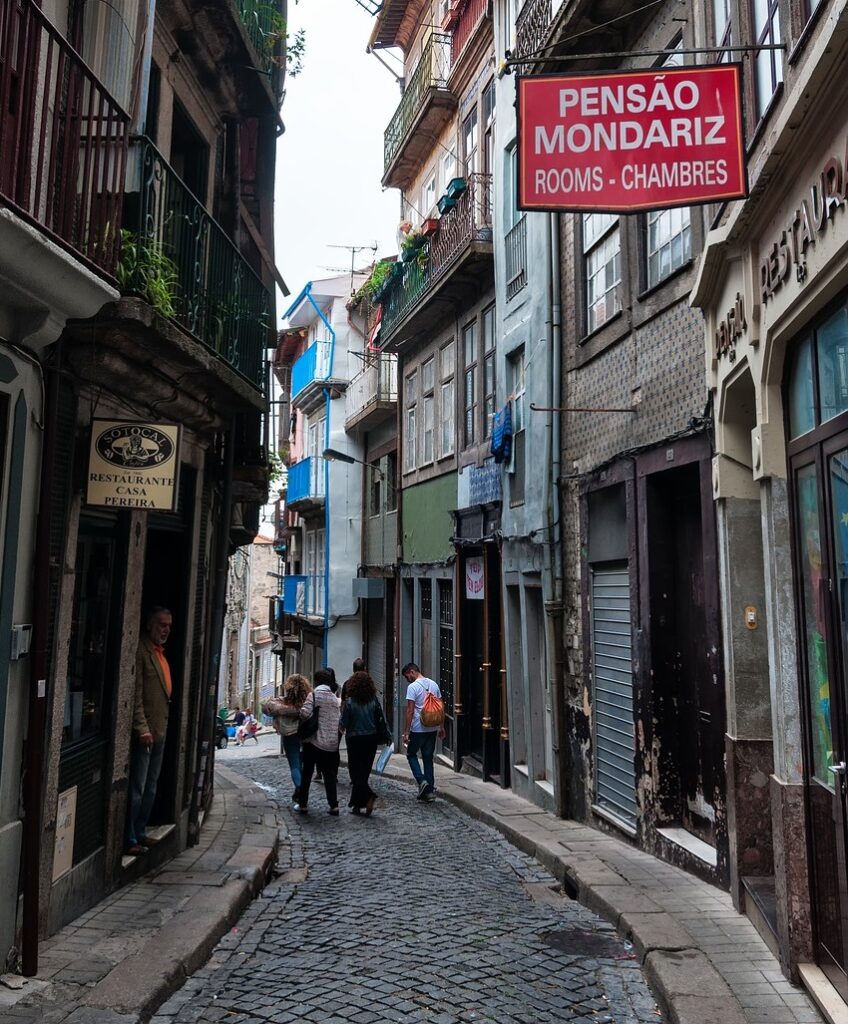 The reasons for the inflation of rents are multiple and complex. Part of the bailout deal included the stipulation that the property market had to be liberalised.

Tenants saw their rights weakened, rent freezes were removed, and the government began to sell off enormous swathes of state and municipal property, often to foreign investors with no interest in the country.

The Golden Visa Program began in 2012 to encourage investment in Portugal. By investing 500,000€ (or 350,000€ depending on circumstances) in Portuguese real estate, wealthy individuals gain a Portuguese residence permit.

This visa is renewable indefinitely as long as the investors spends just two weeks in the country every two years, with permanent residency available after five years.

There are also expats who genuinely wish to settle in Portugal.

They’re usually offered very generous residency arrangements even without a golden visa, and this has pushed house prices up considerably everywhere; expats usually have far more money to spend than local people.

Then there’s the tourist boom. The loosening of restrictions on the property market led to a dramatic increase in the number of tourist properties and Airbnbs, primarily in Lisbon and Porto but in fact all over the country. Landlords no longer subject to tenants’ rights and rent freezes were permitted to enact enormous rent hikes and evict any tenant who couldn’t pay.

Many chose to convert long-term rentals into Airbnbs due to the financial benefits, but the consequences for tenants have been catastrophic. In 2016, there were 1931 known evictions of families from rental properties in Portugal.

The actual number is thought to be much higher, and the figures have continued to rise. 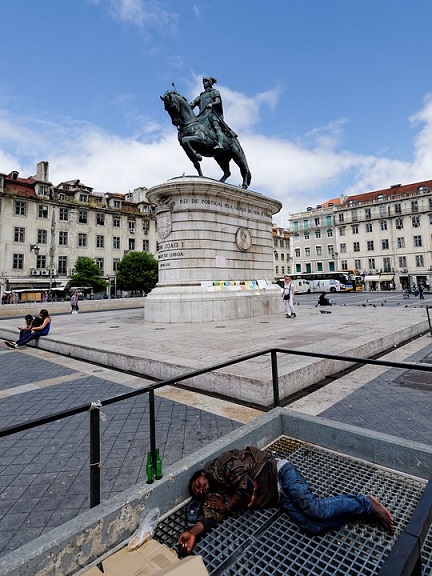 Portuguese citizens’ rights and housing associations tell of forced evictions by the police of young families and of the elderly: people who have lived in their house or flat for many decades.

The boom that has made Portugal into such a desirable destination for investors, tourists, and even digital nomads is literally forcing the Portuguese people onto the streets. All over Lisbon, there are stickers which read, “Your vacation: our eviction”.

In 2018, Lisbon had a higher ratio of tourists to residents than Barcelona or Prague. At that time, there were 9 tourists to every local in Lisbon; the ratio in Porto was 8:1.

Many of the minimum-wage workers who cater to Lisbon’s tourists can’t afford to live in the city. And while the number of holiday rental properties in Lisbon has skyrocketed, it’s nothing compared to the number of vacant properties. According to the Instituto Nacional de Estatística, there were 185,000 in 2011.

Many are being held empty by private investors for financial reasons or by the state to assist in the delicate budget-balancing required by the IMF.

Complex inheritance laws in Portugal compound the problem, and the result is a staggering number of empty homes and an ever-increasing homelessness crisis, be it people on the streets or those staying with family and friends.

The Portuguese government is now looking to European Member States and the European Union for assistance in increasing the availability of public housing EU-wide, however their own commitment to social and affordable housing remains insufficient.

In 2020, the mayor of Lisbon introduced the Renda Segura scheme designed to encourage private landlords to rent their holiday properties to the city in order to create more affordable housing. Perhaps unsurprisingly, uptake of the offer by landlords has thus far been underwhelming. 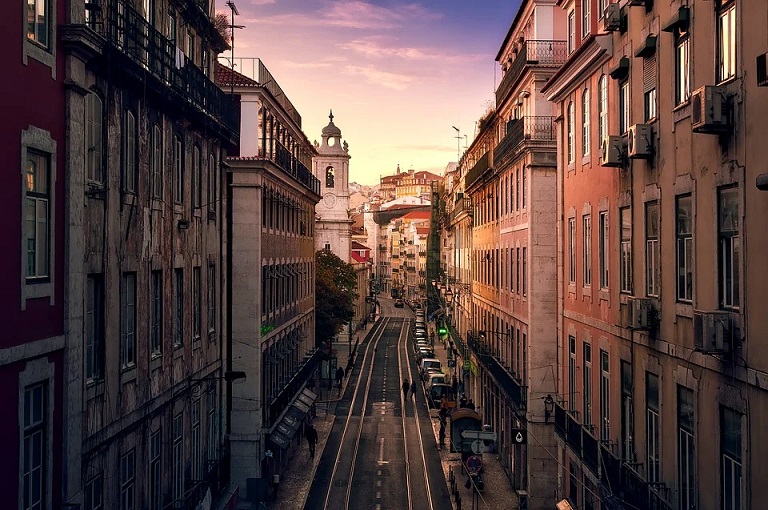 Tourism itself is not the root problem. The Portuguese economy is largely dependent on tourism, and especially with workers’ rights having also been negatively affected by the fallout of the financial crisis, it would be irresponsible to suggest that people stop visiting Portugal.

All of the issues discussed here are symptoms of a larger economic and social crisis that continues to affect us all, where profit comes before people and usually at their expense.

However, my experience in Portugal, where I met the warmest, most welcoming people I’ve known, tells me that this is a problem we cannot ignore.

People must stop seeing Portugal as a playground and instead, travel responsibly. Find accommodation in a family-owned quintinha or in someone’s home. Explore what makes Portugal the beautiful culture and country that it is rather than just hitting the tourist hotspots.

Support the local economy, and send the government the message that Portugal matters: that the Portuguese people matter.

For more information on the housing and homelessness crises in Portugal, click here and there.