As all Jane Austen groupies will tell you, the people that inhabit her small but perfectly formed body of work are as real and immediate to us they were to Austen’s contemporaries. 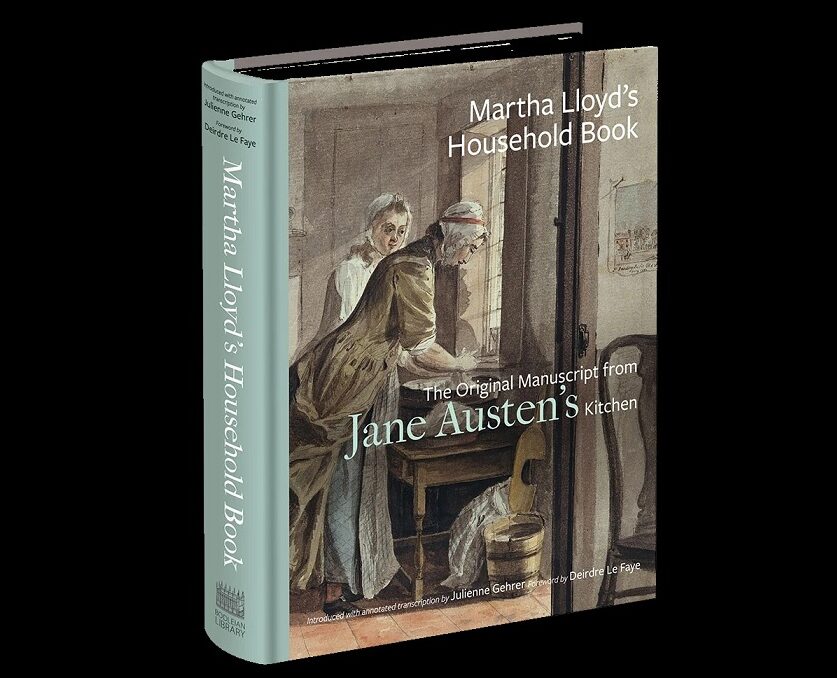 We all know a Mr Collins and it is a truth universally acknowledged that women drea about a Darcy wandering into their lives.

Sir Walter Elliot, Mrs Norris, Frank Churchill, Miss Bates and the Miss Bertrams are as fractured and complicated as any modern angst-ridden acquaintance of ours.

Yet it is strange that reading the facsimile edition of what scholars know as “Martha Lloyd’s household book”, should put a distance between her life and our own.

The distance that somehow disappears in Austen’s novels is a real historical one and it emerges when reading a book that was written by hand over decades between the 1790s and 1830s.

The original manuscript volume would almost certainly have been handled by Ms Austen herself.

Martha Lloyd lived with the Austen women from 1806 till after Jane’s death in 1817, first in Southampton and then in Chawton Cottage (quaintly named since it had six bedrooms, considerable grounds, outhouses and servants’ quarters).

She contributed to the women’s finances and was a companion to the mother when Jane and her sister travelled.

After Jane’s death she married Frank Austen, Jane’s brother, and so was an intimate part of the Austen family for most of her life.

Many of Jane’s immediate family contributed recipes and Lloyd’s dishes may well have inspired moments from the novels such as the white soup served at the Netherfield ball in “Pride and prejudice”.

Over a period of some ten years the manuscript and Jane Austen shared a home and, although the grunt work was indubitably carried out by servants, it is strange to look at the stains in the facsimile pages and wonder if Ms Austen may have been the cause of some of them.

The recipes themselves are startling and go a long way to explain the short life expectancy of those that prepared and ate these dishes.

They are laden with cholesterol –meat, eggs, cream and offal abound– and  in some cases call for ingredients now know to be lethally dangerous.

Red and white lead, both poisons, were to be used in treating wounds; opium for toothache; and Tartar emetic, another poison ( antimony potassium tartrate) is recommended as a remedy for a high temperature.

Stranger still to this larder stocker are some of the ingredients available to Lloyd.

Galangal,  which you’d be hard put to find in Sainsbury’s these days, appears in one recipe as if it were freely available – which it was: imported  since the Middle Ages from the Far East through Turkey and widely used throughout Europe as a flavouring and a medicine.

This lovely book is a must for Austen aficionados and for any reader interested in the cultural life of England’s past.

“Martha Lloyd’s household book: The original manuscript from Jane Austen’s kitchen”, by Julienne Gehrer, is published by the Bodleian Library