The rainbow colours and bold graphics of publications for young children throw into low relief the grey print of grown-ups’ books. 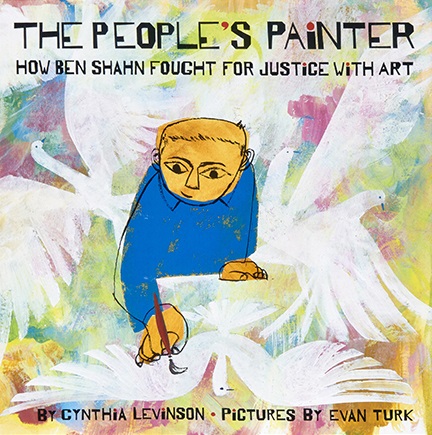 Young minds love tales of soaring imagination and worlds of magical transformations where animals converse and the laws of physics are blissfully ignored.

But heroism and daring in the real world also appeal, showing that the world can be changed.

“The people’s painter” is an illustrated biography, for 5-9 year-olds, of the left-wing artist and activist Ben Shahn.

A third of the book is devoted to his childhood in Lithuania where his compulsion to draw accompanies a growing awareness of injustice.

His father is sent to Siberia for supporting workers’ demands for fair pay. Emigration with his family to the US means leaving his grandfather behind, poignantly illustrated by showing their hands clasped in solidarity and the sadness of farewell.

Apprenticed to a lithographer, Shahn develops into a committed artist and was one of the photographers who roamed the Southern states to document the desperate lives of the poor and unemployed.

Politically, Malta is a depressing island of supine inertia but one young journalist went against the grain. 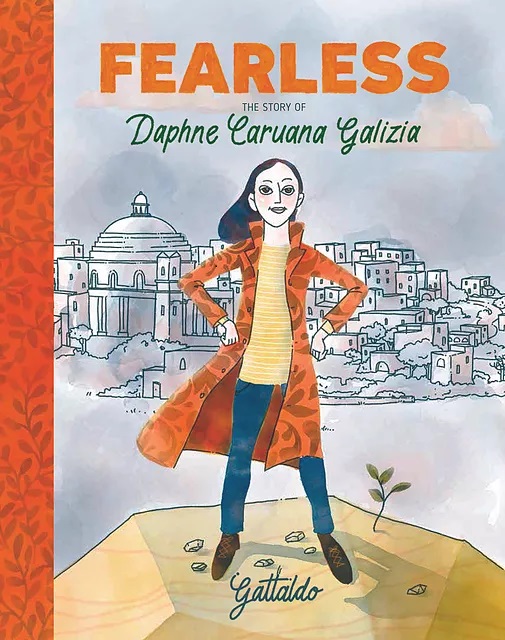 She wrote about organized crime, money laundering and corruption and had to start her own blog to get out stories that editors were scared to print.

Her name is Daphne Caruana Galizia and “Fearless” uses muted greys to convey the stifling passivity she was up against and simple colours to communicate her own courageous spirit of defiance.

It is an inspiring story, written and illustrated by someone who knew her as a friend; the grim fact of her targeted death is mentioned in smaller print at the back of the book.

Alfonsina Strada was ten when her father, a labourer, gave her a bike and she took to two wheels with  kinetic elan, wonderfully conveyed in the honey-gold tones of “She rides like the wind”.

She borrows her grandfather’s boots, her uncle’s trousers and a postman’s hat, zigzags around the streets and, fanciful but poetically true, villagers were said to cross themselves as she rode past.

Nicknames – the Devil in a Dress, the Pedal Queen  –would come in due course.

She won her first race when she was thirteen before going on to compete against male cyclists around Italy and abroad. In 1938, Strada established the women’s world record for cycling 32.58 km in an hour and it wouldn’t be beaten until 1955.

All three books show how childhood experiences in the lives of Ben Shahn, Daphne Caruana Galizia and Alfonsina Strada help explain life choices they made. 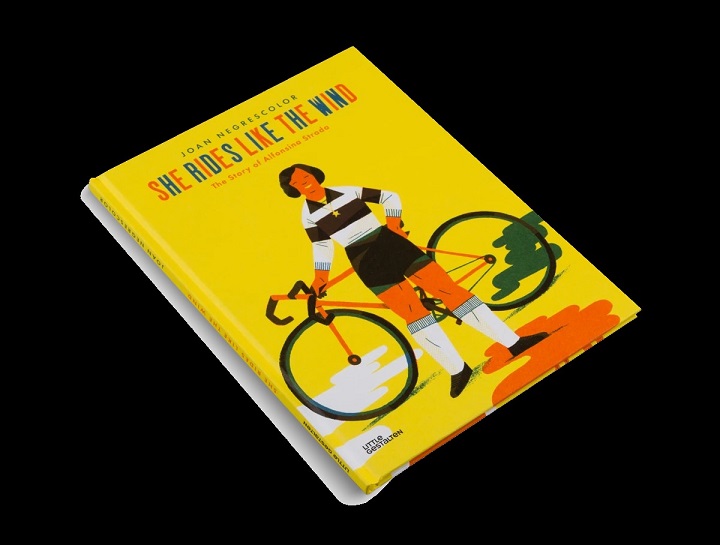 Who knows but perhaps the reading of one of these books will play a part in shaping the course of some young person’s future.

“The people’s painter how Ben Shahn fought for justice with art”, by Cynthia Levinson and Evan Turk, is published by Abrams Books

“Fearless: the story of Daphne Caruana Galizia’”, by Gattaldo, is published by Otter-Barry Books

“She rides like the wind: the story of Alfonsina Strada”, by Joan Negrescolor, is published by Little Gestalten