Carlos Cruz was a very young boy when his father was threatened with death and had to leave his country for the UK. Aware that the “plundering” of the global South by Northern countries is the cause of his migration and the violence in those countries, he decided to become a political activist like his parents and to support social movements in Latin America. 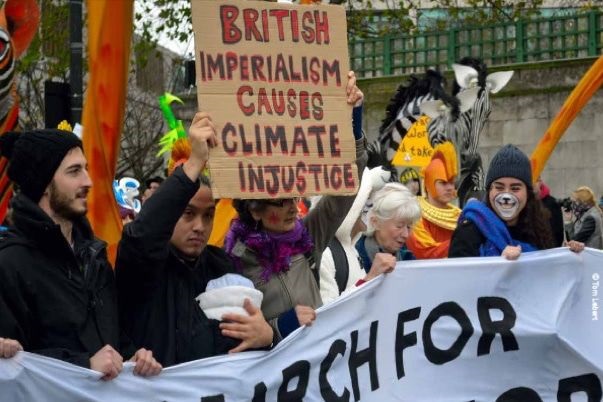 “Goodbye, to the motherland”, said his father after his best friend was killed and he was threatened for his work as a teacher, political activist and trade unionist in Colombia.

And so he packed his suitcases and with his wife and children arrived in London, more precisely, in Brixton, where the diaspora was present in younger faces like that of Carlos, who was then 5 years old.

Carlos arrived in a foreign land as part of a second generation of Latino immigrants who joined the ghetto of Afro-Caribbeans in that area of London. However, paradise did not await them there either.

“We lived in a marginal, working class, immigrant neighbourhood. My parents worried about us. They were political activists who had principles and values that they taught us, but the environment and the neighbourhood affected us, especially me because I got involved in gangs when I was young. It was a strange situation: we left Colombia for a better life but here in London, things weren’t exactly perfect, recalls Carlos. 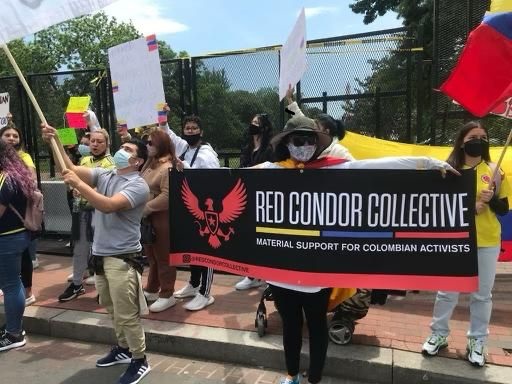 The migration of Colombians abroad is due, among other causes, to a development model established during the National Front, a political coalition between Colombia’s traditional parties between 1958 and 1974, as an alternative in order to end the period of violence and partisan retaliation that the country was experiencing.

This period was characterised by the continued concentration of land in the hands of a few, and an inequitable distribution of income, which was even more so in the rural sector.

In the 1980s and 1990s, drug trafficking, together with paramilitarism and the war against the guerrillas, intensified political violence. As a result, an increasing number of Colombians, lacking a decent life, decided to emigrate to other countries. They did so unwillingly and wondered why progress in Colombia, of which its leaders boasted, was not visible, and rather what an old aphorism proclaims: “The economy is doing well, but the country is doing badly”.

Years later Carlos would ask himself the same question, as thousands of miles away he experienced what it was like to be a Colombian immigrant and activist in the UK.

Colombia is the country with which he most feels identified and towards which he feels “a political loyalty” fuelled by the activism of his parents (Nelly Mosquera and Carlos Cruz) and the discrimination and poverty of immigrants in London who “have to work twice as hard as the middle class and the elites”.

In an interview with The Prisma he spoke about these and other causes that he stands for.

How much of an influence did it have that your parents were activists?

My parents were the first to educate me politically. They met in Pereira, a city in western Colombia, in the Camilo Torres neighbourhood.

They were part of an organisation that built housing for working class people so they could buy or rent at a lower cost than normal. My parents taught us to think not only about the individual but also about society, and they did this not only in theory but also in practice. From the beginning, already living in London, they took us to demonstrations and protests.

When Colombians or homeless Latinos arrived here in London, they would help them get housing or bring them to the house, so they had a place to stay while they were settling in.

When did you become an activist?

When I was 19, after going to Colombia for the third or fourth time. Seeing how people lived made a big impression on me. Both my family and other peasants in Pereira were living in horrible conditions and thated me a lot. So, when I returned to London, I started a study group with other young Colombians and Latin Americans.

We wanted to understand the political situation in our home countries, as well as the reasons why we had been forced to leave. We also wanted to link up with social movements in Colombia and Latin America.

Has the situation of in the UK been improved?

Immigrants here do not have the same opportunities as the rest of the population. Most of us are forced into low-paid jobs. In a city like London, where everything is so expensive, what they pay to clean the toilets in an office is not enough for an immigrant to cover all their expenses.

The immigrants’ struggle is above all about improving their working conditions and wages.

But we have to think beyond what affects us immediately. We want better working conditions, but we also think about the global political context, why we have to come here to get the crumbs of what the countries of the North have stolen from us. For example, according to a report “over 100 UK businesses operate in Colombia, including well-known companies such as Virgin, BT and Shell. And in addition to the British companies, there are others such as Anglo Gold Ashanti, which is from South Africa, but is registered on the London Stock Exchange and all its profits come here.

Foreign investment is not always something that is going to benefit everyone, but the multinationals are there because they have their own economic interests in the country. There are also companies that pay third parties to work against trade unionists.

That is the root of the international situation of economic inequality, which is part of the continuation of colonialism.

How unfair is the trade relationship between developed countries and ours?

The Colombian left has historically focused on showing the military role of the United States in Colombia, which they have used projects such as Plan Colombia and the War on Drugs to justify training the military and fighting the guerrillas, and even fighting radical political movements.

But beyond that, it is economic imperialism, the unfair trade we have with the United States and Europe that is the root of the problem. Our economy is still at the service of Northern capital and those who benefit are the politicians who sign the permits and some businessmen in Colombia.

Most of the profits are given to the countries of the North and to the companies that pay taxes in these countries. 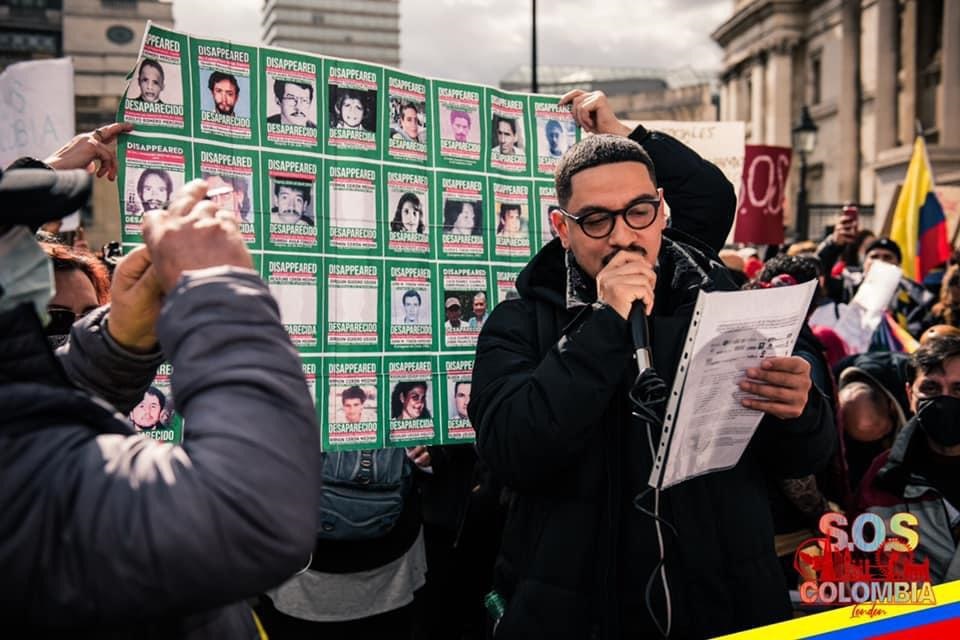 For us this is plunder. It is not support for development. We must stop this unfair relationship. For them to give us back what they have taken from us in the form of development aid is not going to be enough.

What other causes are you involved in?

I identify politically as a socialist and I am an internationalist. The organisation I work for is called Anticonquista, a very prominent group in terms of political activism in the US and the UK, especially in terms of information. Our work is to push for socialism in Latin America. People who subscribe, donate money monthly which we send to different projects in Latin America like the Zapatistas in Mexico or the Mapuche in Chile. I think we should not only be interested in our country, but also in other parts of the world where people are suffering similar situations, like in Palestine or in the whole of Africa, which is also a product of the continuation of colonialism and particularly of economic imperialism.

What do you say to the younger generations in Colombia?

I think that what we definitely need in Colombia is a transformation of the political, economic and social structures.

We have to get more involved in the political process and now the most important thing is the presidential elections in 2022. 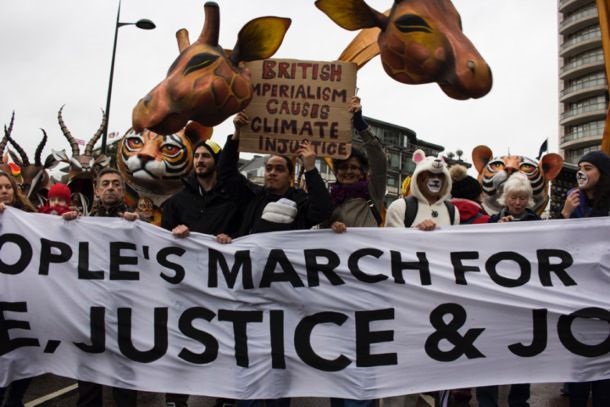 We must support the candidates who really give us young Colombians the opportunity to live in a more just and peaceful country.

We, the young Colombians abroad have to do the same, support that effort and make sure that next year is the beginning of a political process that starts to change the country.