The intense, intoxicating and well-orchestrated worldwide demonization campaign against the FSLN government has inevitably influenced and obfuscated the vision of many individuals of goodwill who may have a healthy concern about the media-generated torrent of allegations of undemocratic behaviour attributed to the Nicaraguan government. 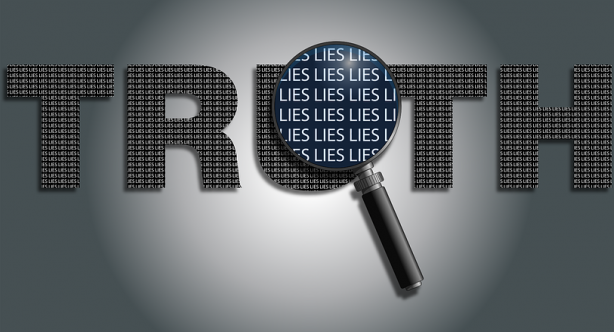 June 2016) labelled a scandalous “telenovela of sex lies, and paternity claims” – that was an undeniable factor in Morales narrowly losing a referendum in 2016. However, the child never existed but was ‘materialised’ by the world media just before the referendum was held. No media outrage was elicited by such grotesque fabrication. So, never underestimate the power and impact of U.S.-led psychological warfare carried through the world corporate media, especially when it comes to Nicaragua, Cuba, Venezuela, or any government targeted by U.S. ‘regime change’ plans.

Psychological warfare and its concomitant media demonization have the function to alienate progressive public opinion support from U.S. targeted governments or individuals. Lula and his party, for example, were subjected to such media demonization managing to persuade many primarily in Europe and the U.S. of his culpability in the Lava Jato corruption scandal that rocked Brazil, for which he was tried and convicted on [T]rumped up charges that led to his illegal and unjust imprisonment for over 580 days. No media outrage has followed Brazil Supreme Court’s verdicts of his being innocent of all the charges. Nevertheless, the damage done is pretty hefty: the lawfare against Lula prevented him from being a presidential candidate, creating propitious conditions for the election of fascist Bolsonaro.

The demonization of Evo seems to have been part of a broader plan aimed at his ousting, which was achieved in November 2019 thanks to the corrupt intervention of OAS Secretary General, Luis Almagro, who, with the support of the European Union ‘electoral mission’ in Bolivia, falsely reported ‘irregularities’ implying election fraud. The coup brought to power the de facto racist and fascist government led by Jeanine Añez, that unleashed brutal police repression and persecution against the social movements, perpetrated several massacres, and engaged in vast amounts of corruption. No media outrage has followed Almagro’s disgusting behaviour, not even after him being publicly denounced by Bolivia’s president, Luis Arce, and Mexico’s foreign minister. 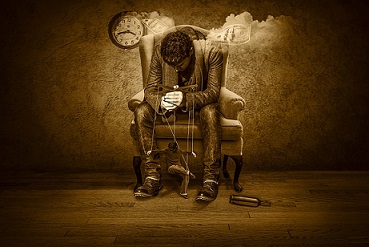 Actually, the plot thickens: the Bolivian government with the help of the government of Argentina, have produced irrefutable evidence that in November 2019 right-wing former president of Argentina, Mauricio Macri, sent to Bolivia a war arsenal of thousands of rounds of ammunition, 70,000 anti-riot cartridges, thousands of rubber bullets, many long and short weapons, including machine guns, as a ‘contribution’ to the coup that ousted president Morales. No media outrage has followed this either; instead, most of the corporate media has opted for omitting it.

In Venezuela, President Maduro has denounced several attempts on his life, one of which in 2018 was televised; yet it led to no corporate media condemnation. In May 2020 Venezuela was subjected to a mercenary attack with the perpetrators publicly admitting it, yet it led to no media condemnation either. At least the brutal assassination of Haiti’s president Jovenel Moise by a hit squad of Colombian mercenaries that appear to be connected to the Colombian authorities, has received a modicum of media condemnation and there is some journalistic probing into Colombia’s involvement in it. Haiti’s gory magnicide (Moise was first tortured then killed with 12 bullets) shows the U.S. and its allies in the region are prepared to go to any lengths to obtain results. There is no reason to think Nicaragua, as the 2018 coup attempt shows, would be treated differently.

Right now the issue for the U.S. interventionist machinery in Nicaragua is the coming election to be held on 7 November 2021 with the likely victory of the FSLN. The people of Nicaragua will elect president, vice-president and 90 national assembly deputies. The U.S. is desperate to discredit these elections by orchestrating a stream of media-oriented provocations that may allow it not to recognise the results (though, after the embarrassing experience with corrupt primus inter pares, Juan Guaidó, it is unlikely to proclaim a Nicaraguan ‘interim president’; though I wouldn’t hold my breath). The desperation of the U.S. interventionist establishment, especially its extreme right-wing (Marco Rubio, Ted Cruz, the NED, USAID et al), manifests itself in a media-driven effort to discredit the coming election by seeking to influence international progressive public opinion with a narrative of disillusionment with the FSLN (labelled Orteguismo), aimed at creating the impression the FSLN is isolated, thus resorting to dictatorial measures, and that it has betrayed Sandinismo. Apart from being malicious this is thoroughly false. 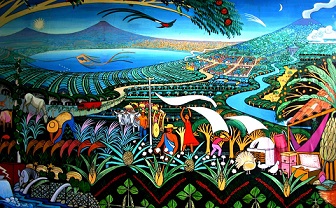 Under president Daniel Ortega and vice-president Rosario Murillo Nicaragua has successfully defended the nation’s sovereignty by restoring the social gains of the 1979-1990 revolution, by defeating the U.S.-orchestrated violent coup attempt of 2018, and by deepening the progressive socio-economic measures implemented since 2006. A good gauge of what would have happened had the 2018 coup attempt been victorious are the Añez government actions in Bolivia, Bolsonaro’s fascist brutality and recklessness, Guaidó’s criminal “interim presidency”, and Almagro’s abject servility to imperial objectives, whose common factor is the United States. Had the coup succeeded, the structural connection between Nicaragua’s socio-economic developments and national sovereignty, on which the latter rests, would have been brutally demolished, including the repression and murder of many Sandinistas and social leaders. The atrocities perpetrated during the coup attempt in 2018 (torture, burning people, setting fire to houses, health centres, radio stations, and generalised violence), are irrefutable proof of this.

The FSLN government is not isolated; it not only enjoys majority support in Nicaragua but it also has the robust solidarity of the Sao Paulo Forum, the Latin American body that brings together 48 social and political organizations. Among these are the Cuban Communist party, Venezuela’s PSUV, Bolivia’s MAS, Brazil’s Workers Party, Argentina’s Frente Grande, and Mexico’s MORENA – just to mention the most important ones – parties that command literally well over 120 million votes, and are or have been in government. The Forum (16 June 2021) has issued a robust statement in support of Nicaragua’s sovereignty stating as false the allegations of “arbitrary detention of opposition figures”.8

The Puebla Group, a body that assembles a large number of regional political leaders set up jointly by Lopez Obrador and Alberto Fernandez, presidents of Mexico and Argentina, respectively, issued a manifesto in February 2021 expressing support for Nicaragua (as well as Cuba and Venezuela) and condemning the aggression, external interference, and destabilisation these nations have been subjected to by the U.S.9 Among the Group’s members are Lula, Dilma Rousseff, Evo, Rafael Correa, Fernando Lugo, Ernesto Samper, Leonel Fernandez, Luis Guillermo Solis and Jose Luis Zapatero, former presidents of Brazil, Bolivia, Ecuador, Paraguay, Colombia, Dominican Republic, Costa Rica and Spain, and many other prominent politicians. 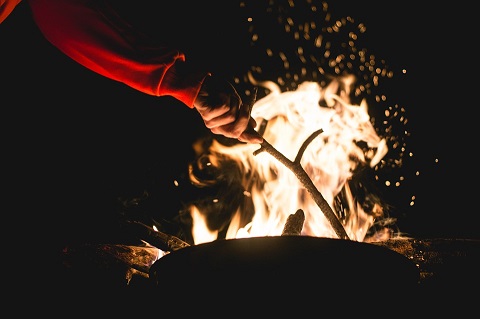 Furthermore, the Executive Secretary of the Bolivarian Alliance for the Peoples of Our America – People’s Trade Treaty (ALBA-TCP), Sacha Llorenti, also condemned the aggression and the illegal sanctions against Nicaragua (and Cuba and Venezuela). Llorenti praised the “lessons of dignity given by the Nicaraguan people to the world” and paid tribute to them for the “achievements [of]the Sandinista Revolution.”10 He was attending the 42nd anniversary of the Sandinista Revolution held in Caracas. ALBA-TCP is a radical coordination founded in 2004 that includes Venezuela, Cuba, Bolivia, Nicaragua, Dominica, Antigua and Barbuda, Saint Vincent and the Grenadines, Saint Lucia, Grenada and the Federation of Saint Kitts and Nevis.

Though in Europe opposition to U.S. aggression is strong, it is less so than in Latin America. Foreign affairs are dominated by the European Union’s abject and systematic capitulation to U.S. foreign policy (on Latin America, and the world). Thus we have witnessed the shameful spectacle of Europe’s recognition of Guaidó as Venezuela’s ‘interim president’, and the European Parliament, led by the nose by Spanish extreme right-wing Vox party, to issue condemnations of Cuba, Nicaragua, Venezuela and Bolivia. The latter for the temerity of bringing Jeanine Añez to justice, key player in the 2019 coup against Evo and directly responsible for the persecution, repression and massacres perpetrated against Bolivians during her illegal 11 months in office.

Since the EU supports every violent assault against democracy in the Americas, it would be coherent to have supported the Trump-inspired assault on Washington’s Capitol. On January 6, 2021, U.S.’s extreme right applied techniques of “regime change” at home as the televised violent storming of the Capitol showed.The assault was carried out by armed, extreme right-wing (white supremacist) thugs, almost identical to U.S.-led efforts in Venezuela, Bolivia, Nicaragua, and Cuba, which involved non-recognition of election results, incessant spread of fake news, questioning the credibility of state institutions, fanaticization of supporters, all aimed at bringing about a crisis seeking to prevent the proclamation as president of the real winner. 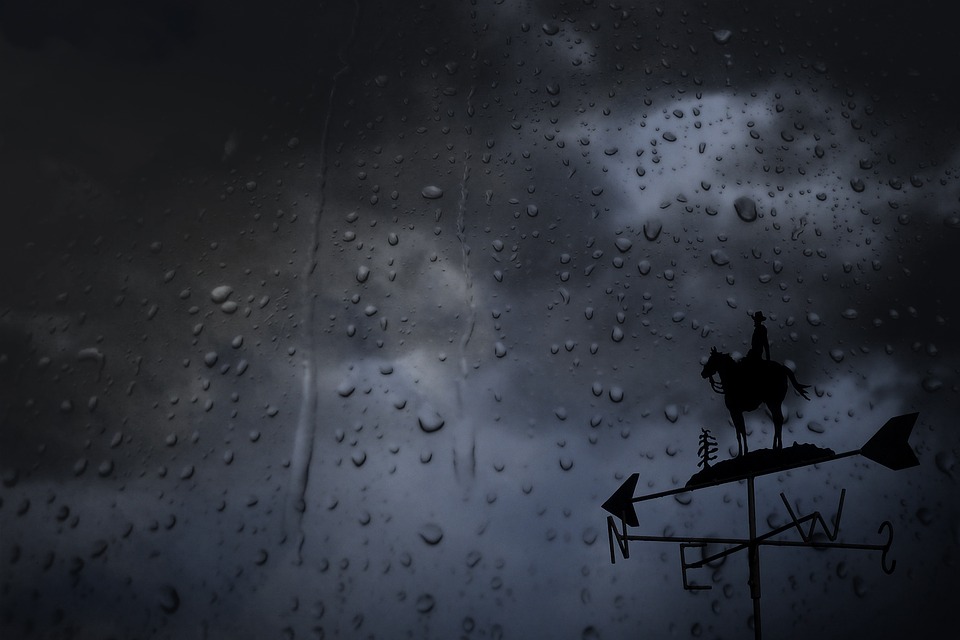 Supporting any form of U.S. interference in the internal affairs of a sovereign nation under U.S. attack, by calling for ‘the international community to act’, or by (un)wittingly parroting U.S. State Dept. narrative on that nation, is tantamount to legitimising U.S. policy of “regime change”.

Were it not for U.S. aggression and interference, countries such as Nicaragua would have taken off and developed democracy and social progress, as the short national sovereignty intervals (1979-1990 and 2006-2018) have demonstrated. Cuba, for example, is an educational, sport, medical and biotechnological power, even though it has lost US$144 bn. (that is, the equivalent of 10 Nicaraguan economies at current prices) in the past six decades due to the U.S. blockade. Imagine how Cuba could have developed and multiplied its generous solidarity contribution to the world if it had not had to endure the criminal Yankee blockade.

Taking from its 1909 intervention, the U.S. maintained Nicaragua militarily invaded from 1912 until 1933, exerted direct control during the Somoza dictatorship until 1979, then when the Contra War (1980-1990) and the neoliberal governments (1990-2016), are added, the U.S. systemically curtailed or annulled Nicaragua’s national sovereignty for 97 years in the 20th century! If we add U.S. aggressive 19th century expansionism in the Caribbean, including the U.S. mercenary incursion of William Walker in 1856 –when he took power by military force and restored slavery – poor Nicaragua has been under the U.S. imperial thumb for over 140 years!

Nicaragua is entitled to embark on its own alternative path of development that, as a matter of sacrosanct moral principle, must be determined by Nicaraguans only without any external interference, and above all, in peace.