Faced with the enormous difficulties presented by the world capitalist system and the neoliberal model in particular, the ruling classes seek solutions without knowing for sure so far which of these formulas will end up being imposed. 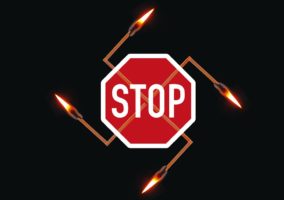 For some (the extreme right), the most appropriate solution is to extend the current model and seek to reduce the social and political tension that is being shown practically all over the planet, through speeches that in many respects are reminiscent of classic fascism.

Nowadays it is usual to hear expressions of extreme nationalism, racism and xenophobia again, the scapegoats identified as the culprits of all the evils of society, in addition to clear misrepresentations of principles such as freedom, today transformed into the flag wielded by these neo-fascist movements. At the moment they do not form the majority in most countries, but they are gaining increasingly significant social and political ground, especially in the United States. In Europe it is happening, although on a smaller scale. And on the poor periphery of the world system there are extreme manifestations, as is the case in Brazil or the Philippines.

The most worrying case is occurring in the United States with the movement promoted by former President Trump, which seems to be controlling the Republican party and mobilising important social sectors that could ensure a victory in the next presidential election.

In Europe, the extreme right rules in the United Kingdom and in other countries such as Hungary, Poland and the Ukraine, in whose government an openly Nazi party has decisive influence. Something similar is happening in Austria. 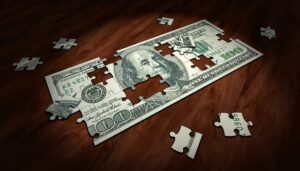 In the rest of the Old Continent, the outlook is not so favourable for these extreme right-wing formulas, although their influence is constantly growing.

In Germany, for example, the so-called “Third Path” is beginning to come to the fore, a version almost the same as Hitler’s former Third Reich, using very similar slogans.

The same is happening in France, Italy or Spain (lifelong Francoists), although at the moment they do not make up considerable percentages of representation that could soon lead them into government. But they are there, as always, as the alternative solution for big capital in the event of a dangerous social spillover that puts the system at risk.

For the moment, the letter of modern fascism is not of worrying dimensions (with the exception of the United States), but its influence is increasing and it should not be ruled out that at any given moment the ruling classes could decide to make use of this alternative. They already did it with Hitler, Mussolini and Franco.

Currently, it seems more likely that solutions of a more or less extensive correction of the neoliberal model will end up being imposed, adopting forms of the traditional scheme of the Welfare State that are compatible with the basic principles of neoliberalism. 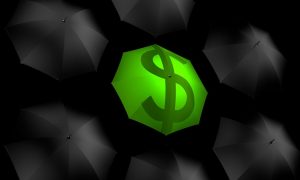 It would, for example, partially return a series of functions of control of the economy to the State and promote economic measures that reduce current tensions in the labour market and improve the income of the majority.

But it is also about including measures that help reduce the impact of the economy on the natural environment and the population (for example, the search for alternative energies: solar and wind energy, electric or hydrogen cars, and always, with very generous state aid and great facilities to prevail in the national and world market). To think that the system, no matter how tough its crisis, has no alternatives, that it is about to collapse and that a new world is approaching is quite unlikely, considering the real correlation of political and social forces.

In Europe certain events indicate possible exits from the system. The recent elections in Germany, for example, take the Social Democrats (the SPD), the environmentalists (the Greens) and the Liberal party into government. Everything indicates that they already have the backing of big capital and only need to finalise minor details.

Of course, the repercussions are not limited to the German sphere given the decisive importance of this country in Europe.

The system would have an opportunity to overcome the current crisis, even if only partially and temporarily. For this, it has an SPD that is far from being the reformist force of yesteryear, since it is a particular manifestation of the neoliberal model, suitable for promoting reforms that correct (at least in part) its most serious impacts.

It is even possible that they will try some formula of the Welfare State that resulted from the capital-labour pact in the reconstruction of the country after the War.

The Greens are not the group of radical environmentalists they once were; in fact, they can be equally functional to the system as they have demonstrated in their many participations in central and regional governments in the past.

And the Liberal party is a very good representative of finance capital and the great German bourgeoisie, and as such, it is therefore a guarantee of a “very moderate and acceptable” government, which will not go too far with popular measures.

The crisis is not only economic as it affects all spheres of social order and, consequently, undertaking fundamental reforms would open avenues for unwanted social mobilisations due to the risks they pose for capitalism.

In any case, and at least until now, the greatest advantage that the system has is the weakness of a left that maintains, as always with little change, its thousand internal struggles and its thousand directions that have been disputed to death. In some cases, the left is greatly affected by the collapse of socialism while in others it is not least affected by the abandonment of the social democratic ideology of the socialist parties.

There are few occasions in which the spontaneous movement of their social bases (wage earners of all kinds – the modern proletariat – and the impoverished sectors of the middle classes) is far ahead of these parties and consequently is not finding a way to concretise the immense force of the protest in positive results.