At the top of the masters of the plastic arts of all times, Picasso marked a before and after in Paris, although he always considered himself “the most Spanish of the French” and never forgot his Malaga roots. 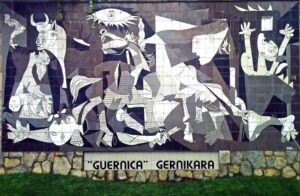 Pablo Diego Francisco de Paula Nepomuceno Cipriano de la Santísima Trinidad Ruiz y Picasso (1881-1973) will have exhibitions, colloquiums, seminars and audio-visual products, with a National Commission kicking things off. A loft in Montmartre in Paris had Pablo Picasso among its tenants at the beginning of the 20th century and since then, its history has grown.

It was on the Bateu Lavoir de Montmartre (laundry boat, so named by Picasso himself), where the artist painted Les Demoiselles d’Avignon, considered the starting point of Cubism. Years later, at the height of his career, it was in his studio at 7 rue des Grands-Augustins in Paris that he envisioned Guernica, from May to June 1937, horrified by the bombing of the small village in the Basque Country by the Nazi German Condor Legion and the Italian Legionary Air Force. 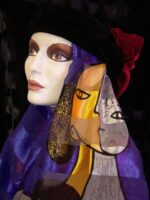 The Prado Museum, Museo Nacional Centro de Arte Reina Sofía, the Thyssen-Bornemisza National Museum, the Picasso Museum Málaga, the Guggenheim Museum Bilbao and the Museu Picasso (Barcelona) will host temporary exhibitions in homage to the famous artist. Picasso developed a large part of his work in France, where he first settled, attracted by the cultural boom in the City of Light, but later and above all in rejection of Franco’s regime.

For this reason, Guernica was on display for 44 years at the Museum of Modern Art in New York (MoMA) at the express wish of its author, who refused to keep it in Spain as long as Franco’s dictatorship lasted.

It returned to the Iberian nation on 10 September 1981 to be exhibited at the Reina Sofía, where it remains.

Spain and France will work together “in order to join forces and facilitate a large number of exhibitions, colloquiums, seminars and audio-visual products that address lesser-known aspects of his work and update the assessment and appreciation of it for current generations of the public”. Considered a prolific, committed and highly influential creator in the plastic arts, his imprint of Cubism made his influence indispensable at the time and a world reference, even for today’s painters. (PL)