The extradition of paramilitaries and drug traffickers to the US justice system is no longer a nightmare, as those extradited know that by appearing before the US justice system and handing over millions of dollars, routes and names of politicians and high-ranking police and military officials, it is enough to obtain reduced sentences and ensure their stay in US territory.

Therefore, the effort of the Colombian government (headed by Ivan Duque) to extradite to the United States the narco-paramilitary and criminal against humanity, alias Otoniel, generates all kinds of suspicions, within the context of a fight against drug trafficking that benefits mafiosi and economic actors, national and international, who profit from illegal activity through money laundering.

This same fight is what raises the cost of drugs and the cost of the fraudulent transactions that take place between drug traffickers and state agents (police and military) which, among other things, not only make possible the existence, but also the operation of criminals such as Dairo Usuga, alias Otoniel.

With each capture and extradition of a narco-paramilitary, the Colombian regime avoids asking itself who made his operation and the growth of his mafia and criminal power possible.

Perhaps what Ivan Duque Marquez is looking for is to prevent Otoniel from opening his mouth and making such a large number of allegations that he is likely to touch the core of the regime of which the president is a part.

By sending him to the United States, Duque is not only seeking to ingratiate himself with the Biden administration, but also with the US-American institutions that directly and indirectly benefit from the activities carried out by Colombian drug traffickers. 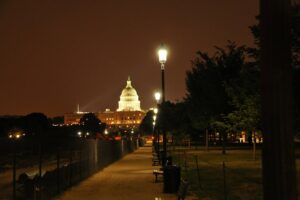 With Otoniel’s extradition, the victims of this criminal against humanity, in particular the girls kidnapped and raped by the former leader and visible head of the Gulf Clan, stand to lose.

Once on US soil, Otoniel will be obliged to hand over shipping routes for tons of drugs, as well as the connections with Colombian authorities who for more than 10 years facilitated the legal-illegal export of narcotics.

With this information, relations between Colombia and the United States will become even more asymmetrical, as it will be used to put pressure on the national authorities and those who form part of the group of political, economic, military and police agents who facilitated the operations carried out by Dairo Úsuga alias Otoniel in different ways.

These pressures from the US-Americans are aimed at facilitating decision-making on environmental issues by US-American multinationals present in Colombia; to extend over time the presence and operation of US military and mercenaries in jungle zones and strategic ecosystems in which the United States has interests.

For example, they have long been interested in being able to grow coca in the range of different climatic zones [which are available in Colombia]. In the framework of Plan Colombia, biological activities have been reported in order to achieve this goal. 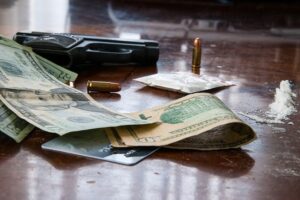 Once this is achieved, the “war on coca crops” will have lost its meaning for the US-Americans. It goes without saying that this was the case during the persecution of marijuana monoculture in the 1960s, 1970s and 1980s.

The gringo authorities and Biden’s own government will be watching to see what Otoniel has to say about his relations with the Colombian mafia regime, particularly with its political agents. With this information, the State Department will surely define the degree of surveillance and intervention in the 2022 Colombia elections. The eagerness of Ivan Duque’s government to extradite Dairo Usuga further calls into question whether this was a capture or an agreed handover of the narco-paramilitary.

It also reminds us of the extradition of the paramilitary leaders with which it was possible to put an immense cover-up so that the truth would not be known and, in this way, to avoid making reparations to the victims.