The 50 years of artistic life of the Cuban painter and designer Silvio Martinez, based in Colombia, are born and confirmed in a mixture of colours, graffiti, coins, dreams and sketches. He understands the diaspora from his own experience and that takes on a profound meaning in his paintings. 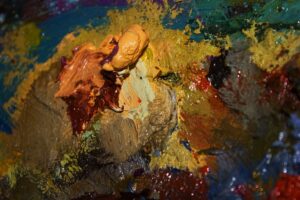 Fifteen years ago, an exhibition requested by a businessman and a love affair led the renowned Cuban painter and designer Silvio Martinez to live in Colombia.

At that exhibition, which lasted a month – it went on for three more – he met his current wife, Martha Diaz Velez, one of his main critics right now, to whom he has been married for 14 years.

Martha prompted him to create Casa Arte Estudio, a workshop offering painting and design skills to the community in his neighbourhood in Bogotá, where he also learns from each student. In his house in Bogota, live the painter, the designer, the ceramic artist… a mixture of art, simplicity, sensitivity, Cubanness and Colombian passion that gathers a great part of the history of an artist, necessary to understand the art of these times.

Silvio Martínez has been exhibited in Panama, Chile, Colombia, Canada, Brazil, the United States, Poland, the former Soviet Union and in African countries.

Some of his works are exhibited at the National Museum of Fine Arts of Havana, Cuba; the Gator-Gijon Gallery, Spain; Eduardo Amarato Neto Gallery Lisbon, Portugal, among other renowned venues.

Through the Council of State of the Republic of Cuba, he spent a year teaching graphic design in Mozambique, Africa, and he’s almost a recent graduate.

“There I had the chance to meet President Samora Machel (1975-1986), who asked me to make some changes to the design of the flag of Mozambique, a country that had freed itself from colonialism two years earlier,” he says. 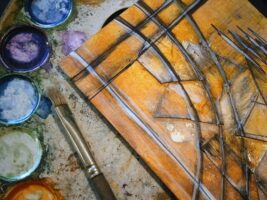 Also, at the time of the 11th World Festival of Youth and Students held in Cuba in 1978, Martinez was working in the design team of the ideological department of the Communist Youth Union at the national level.

The truth is that Silvio studied plastic arts at the National School of Art, a degree that included drawing, engraving and sculpture, a very complete, all-round education. “That’s why my pictorial work has a lot of influence from design and photography, which is why I often set the stage and take photos to prepare my future painting”.

Most of its national and international awards have been for design work. He has just been awarded a prize in the first edition of the Menduina Schneider Art Gallery Prize (2021), organised by the gallery of the same name, which specialises in Latin American art and is based in Los Angeles (California, United States).

This award, which had the characteristic of virtuality in the context of the pandemic, caused him much delight because it was a competition in which some 60 outstanding creators participated.

Silvio, who despite living in Colombia remains linked to his homeland, his children, to cultural institutions on the island and to his roots and history, told Prensa Latina that he is preparing a new exhibition.

It will open to the public on 10 November at the Studio 74 gallery, located in the San Felipe neighbourhood, considered to be Bogotá’s artistic district. 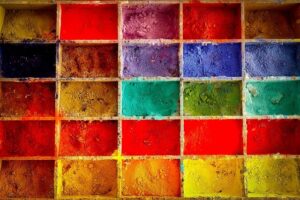 “This exhibition, which I plan to call Migration or Exodus, is related to the departure of many people from their countries and, although it is a phenomenon that arose from the primitive community, unfortunately nowadays it is massive and brings many problems, in the worst case, death,” he says.

Another problem is that migrants have to adapt to a new culture, idiosyncrasies and way of life, he added.

“In the exhibition that I have been preparing for the last four months, I use mixed techniques, not only oil on canvas, but also other materials, including recyclable materials such as corrugated cardboard, craft paper, pastel painting, charcoal and others,” he says. For years he has been working on the theme of emigration, to which he gives great importance because it touched him closely, although he does not feel “like an emigrant from Cuba, I am simply doing my work outside my country, but it is hard when one leaves one’s land and has to adapt to another system”.

The environment is another theme he frequently addresses in his work. In his opinion, “if humanity does not become aware of it, our children and grandchildren may not be able to know the paradise that we can still preserve”.

“I consider that I am making a contribution. We know that art helps to change society a little, fashion, aesthetic concepts, and in this way, I am participating, one more in this medium to help take care of the natural world around us in some way,” he says. 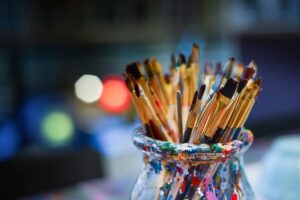 For Martínez, the starting point of a creator’s work, i.e. how it comes into being, is the most complex part, the part that takes the longest to analyse, “because it is necessary to understand that it is not only for oneself, but also for an audience, a critic, because when it leaves the space, the environment, the artist’s studio, it is no longer his”.

“Sometimes I watch a newsreel, an art film, a documentary and ideas come to me, I make notes and then comes the process of bringing that conceptual idea to life visually,” he explained. During the Covid-19 pandemic, he took the opportunity to do pottery, and in the exhibition on the exodus, he also has some pieces of this material and other sculptures in glass and wood, because he wants to combine various techniques, including three-dimensional works.

“I’m about to celebrate 50 years of artistic li  fe and I’m like the first year I graduated, with the same enthusiasm, the same idea, I study the same, I don’t believe that what I do is the best, nor do I think that my work will remain for posterity,” he says.

My interest is that every piece I make is better than the previous one, emphasises Silvio, who was born in Pinar del Río, west of Havana, Cuba, and graduated in 1973 from the Alfredo Lopez School of Graphic Design. (PL)