On Sunday 5 December, the people of Amadiba will march along the Wild Coast to demand that Shell’s project be scrapped. A picket in London will stand in solidarity with Amadiba and other communities. Call from Amadiba Crisis Committee, South Africa.

Only a month after the climate crisis conference in Glasgow, multinational Shell will explore the seabed in the ocean along the Wild Coast trying to find oil and gas0.

As a part of “Operation Phakisa”, Shell’s project has been allowed by our government, as if the threat of global heating from burning more and more fossil fuels doesn’t exist. The high noise blasting of sonar canons under water for ‘seismic testing’ is a direct threat to whales, dolphins, our famous king fish and all kinds of marine life.

It is also a threat against the livelihood of communities along the Wild Coast and in KZN that use the riches of the sea to put food on the table and to get an income. This is our “Ocean’s Economy”. It is about food, not about mining the ocean to make profit for the minority rich who think you can eat money.

Aside of the risk for future oil spill into the sea -if Shell really finds oil and gas- drilling in the seabed threatens to bring a host of toxic substances into the water, like mercury, lead, arsenic and barium.

These toxins are devastating for the health of fish and ocean wildlife as well as all who live on the coast, like we do in Amadiba.

But the lives of indigenous people are now under threat as well as the jobs of fishermen.

For over two decades, the coastal Amadiba community has fought against opencast mining on our land.

Now we also must fight against mining of the ocean. Indigenous people along the whole coast of Africa must have the right to say no to projects that threatens their livelihood: the right to Free Prior and Informed Consent.

We call upon the South African government to acknowledge the climate crisis. More and more expansion of the fossil fuel economy is not the solution to the economic crisis.

You cannot bring about the economic recovery by threatening our livelihoods and the ecology of the ocean. You cannot solve one problem by creating a new problem. Put the lives of people before profits. Withdraw the license given to Shell for preparing mining in the ocean… Global warming and destruction of our life environment affect us all.

On Sunday 5 December, the people of Amadiba will march along the Wild Coast to demand the Shell Project is scrapped.Â  Our picket is in solidarity with them and other communities.

Shell can go to hell: Petition against Wild Coast shale gas exploration grows. Within days of its launch, “more than 87,000 people had signed a petition by the Oceans Not Oil coalition calling for an end to planned intense airgun blasts by Shell to probe for oil and gas off the Eastern Cape coast.” Daily Maverick 15 November 2021 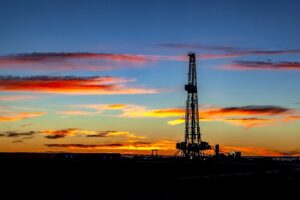 The picket in 5 December is organised by the Marikana Solidarity Collective, and sponsored by Anti-Imperialists for Global Justice, Women of Colour – Global Women’s Strike, Decolonising Environmentalism,and others.

This is one of many working peoples’ struggles round the world to stop fossil fuel multinationals destroying Mother Earth, for example the fight to stop Exxon’s Stabroek field off Guyana’s coast. We have just started this campaign, which will not end until Shell and their partners are forced to stop and the South African government closes the project.

Shell’s 50:50 partner in the Transkei and Algoa exploration right is Impact Oil. From its Mayfair HQ, Impact has six projects off the coast of Africa.

Shell will decide on 10 December (International Human Rights day!) whether to move its global HQ from Rotterdam to London, to ‘streamline its structure’ and because the UK does not tax share buyback schemes, meaning more profit for investors. Also, Shell has lost major court cases in the Netherlands.

On 26 May 2021 the Hague district court ruled that Shell must cut its CO2 emissions by 45% by 2030. The corporation is responsible for more GHG emissions globally than the entire UK population. 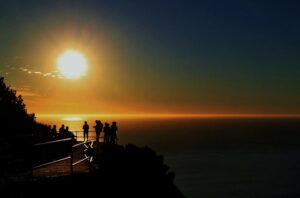 Esther Kiobel, the widow of Ken Saro-Wiwa, and her sisters continue to fight for justice for the Ogoni 9, who hung by the Nigerian state in 1995. Shell had been in court, urging their conviction for resisting its operations.

Six decades after the first disastrous oil spills in Nigeria’s delta region, the UK’s Supreme Court ruled in February 2021 that “in some circumstances communities can sue Shell directly.” The Guardian 29 September 2021.

But Friends of the Earth point out that cleaning up will take decades and cost billions. No Clean Up, No Justice.