A tragic day for all democracy in the world and for the man who demonstrated a breadth of ethics and courage that still does not exist, for the man who opened the Pandora’s Box of the Deep State. His extradition falls into the hands of the same people who planned and executed his abduction from the Ecuadorian embassy.

Julian Assange can be extradited to the United States. This was decided by the British Court of Appeal on Friday 10 December at 10:15 a.m. London time.

The judges, Lord Burnett of Maldon and Lord Justice Holroyde, ruled in favour of the US government, overturning the trial judge’s decision to block Julian Assange’s extradition as “oppressive” because of prison conditions in the US and the activist’s high risk of suicide.

The judgment will now be referred to the Westminster court, which will be ordered to send the case to the Home Office for extradition. In practice, the British judiciary has invoked a controversial rule in extradition law that moves the order away from the judiciary and transfers it to the executive.

Assange’s extradition is now officially and blatantly political, falling into the hands of the same people who planned and executed the Australian activist’s abduction from the Ecuadorian embassy. The informal collusion between the government and the judiciary is beginning to show no end.

The announcement of the court’s decision was communicated late on Thursday night to the public. The decision was read out on Friday in a remote session in an empty courtroom, with no parties present, not even the accused, not even by video call.

Lord Justice Holroyde, without further justification, said that Lord Burnett, rapporteur of the decision, “cannot be present today” and read out a summary of the judgment in fifteen minutes. 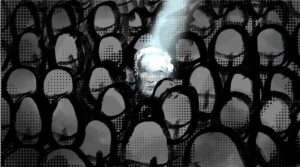 In a ghost court, without an audience, after a few minutes, as in a fictional scene, a man’s fate is declared.

It also declares the darkest precedent for restrictions on freedom of speech and press since the post-war constitutions and international treaties declaring fundamental rights.

Lord Burnett has every reason not to want to expose himself, even by video call in an empty room. As Declassified UK reveals, he has been a personal friend  of Sir Alan Duncan for over 40 years to, who as foreign secretary organised Assange’s expulsion from the Ecuadorian embassy. He watched live as British police removed the Australian from the premises and celebrated with drinks on the same day with his team.

It was Alan Duncan who called Assange a “miserable worm” in the middle of a parliamentary session in March 2018 and flew to Ecuador to thank President Lenin Moreno for handing over Assange. It now remains to deliver the gift to the final recipient, the CIA, which according to internal leaks conspired to unofficially kidnap and assassinate the activist.

In its appeal, the US government has offered diplomatic assurances to the court. The US claims that, if extradited, Assange will not be sent to the infamous ADX prison in Florence, nor will he be subjected to special administrative measures, officially considered by the UN to be psychological torture.

However, these diplomatic assurances could be revoked at any time if Assange breaks the rules, whatever that means in practical terms.

In a few sentences, the judge did not justify his decision and merely concluded: “We are therefore mindful that if the assurances had been given before the judge, she would have answered the relevant question differently.”

John Shipton, Julian Assange’s father, recalls that the Iraq war, the very war his son denounces and the reason for his persecution, was a US invention based on diplomatic assurances.

The US offered assurances to nations that retained weapons of mass destruction, an argument that paved the way for the invasion of the country.

The hunt for Julian Assange is perpetuated while his psychological and physical state is exhausted. In a recent conversation with the activist’s father, he asked me a favour: “Let’s not talk about my visit to Assange yesterday, and don’t ask me how he is”.

When I told him that the interview with former CIA agent John Kiriakou was about vindicating the truth for those who fought in the dictatorship, he ducked his head, covered his face and burst into tears.

Today is a tragic day for all democracy in the world and for the man who demonstrated a breadth of ethics and courage that still does not exist. Assange is accused of having “illegally” published thousands of US National Security Agency documents in 2010 and 2011, definitively and irreversibly exposing to the world the true extent of war crimes, civilian genocide, kidnapping and torture as state policy in the name of democracy.

But the real battle begins now, and I hope that justice will not come too late for the man who changed the history of journalism and opened the Pandora’s Box of the Deep State.

*Sara Vivacqua: Lawyer in the United Kingdom, law degree from Ruprecht-Karls-Universitat Heidelberg. Member of the Committee to Defend Julian Assange (London) and organiser of Lawyers for Assange. (Article published in DCM)