The negative effects on many people’s lives, broken promises and tense relations between the United Kingdom, the European Union, Northern Ireland and affected economic sectors are, among other things, part of the legacy of a divorce that began nearly two years ago. 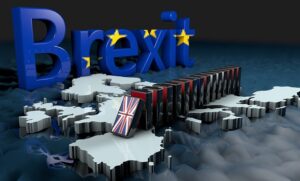 On the verge of 2021, when the feared “hard Brexit” was a very real possibility, the United Kingdom and the European Union agreed in extremis the Trade and Cooperation Agreement (TCA).

This new commercial relationship stipulates that neither tariffs nor duties will be levied on the flow of goods, but it involves an unexpected amount of bureaucracy.

Customs and health checks and the forms that must be completed at entry and exit points immediately translated into substantial congestion in the Eurotunnel and hold-ups for the ferries that cross the English Channel. The delays at the border, several days in some cases, have led to many British exporters of vegetables and shellfish losing customers in the EU. Many of them complained about the government and threatened to dump their rotten merchandise at the doors of Prime Minister Boris Johnson’s Downing Street residence.

The end of the free movement of people caused the exodus of thousands of European workers back to their countries of origin, especially in the service sector and in medicine at a time when the United Kingdom was going through the worst period of the Covid-19 pandemic. 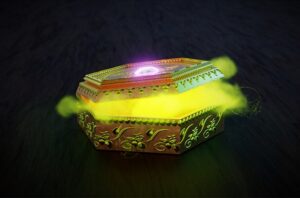 According to the Road Haulage Association, there is a shortage of 100,000 lorry drivers and the union’s leaders say that at least 20,000 of them left the country after Brexit.

The lack of drivers reached its climax last October when the British queued for several hours at petrol stations to fill their car’ tanks, fearing a general shortage of supply.

The crisis forced the government to offer temporary visas to foreign drivers as an incentive to come back, and to resort to the army to distribute fuel to the pumps, while chemists and even the famous English pubs are suffering from the problems that exist in the supply chain. There is also a shortage of 15,000 butchers and thousands of poultry workers, something that has been obvious in the lack of meat in the supermarkets in the run-up to christmas.

The break from Europe also put an end to the student exchange programme and the automatic recognition of qualifications for doctors, nurses and other professionals, as well as cutting off the United Kingdom’s access to the EU’s law enforcement databases, which could pose a risk to British national security.

Elsewhere, the current disagreements with Paris over fishing licences and the almost daily clashes with Brussels over the so-called Northern Ireland protocol threaten to unleash a war of economic sanctions and wreck the fragile post-Brexit agreement.

Fishing quotas were one of the most difficult topics during the eleven months of arduous negotiations, but in the end it was agreed that European fishing boats could operate in British waters provided they could demonstrate that they fished them previously.

The French, who accuse the British of denying them the licences they need, threatened to cut off the electricity supply to the island of Jersey. Not long ago they detained a Scottish boat for supposedly working in French territorial waters without the requisite permit.

But the implementation of the Northern Ireland protocol constitutes the most critical part of the already difficult post-Brexit relations between the United Kingdom and the EU.

Under the agreement, the British province remains inside the European single market and the customs union in order to avoid the establishment of a physical border with the Republic of Ireland.

As a result, any goods brought in from Great Britain have to be subjected to health checks before entering the territory.

The measure causes delays in the transport of goods, while the Northern Irish unionists consider that the new regulation distances them from London. They are also threatening to bring down the coalition government installed after the peace accords that put an end to the bloody armed conflict in the region in 1998. 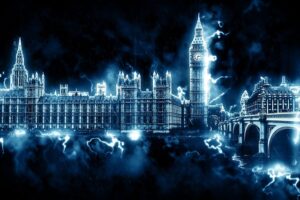 The British government wants to renegotiate the protocol’s terms and is even threatening to trigger article 16 of the withdrawal agreement which allows one of the parties to temporarily suspend the commitments made after the divorce, but the EU maintains that it does not want to reopen the Brexit Pandora’s jar. (PL)