Evidently the signature to the Peace Agreement of the former Colombian president Juan Manuel Santos did not commit the dominant class that he, supposedly, represented when agreeing peace with part of the Colombian guerrilla movement. 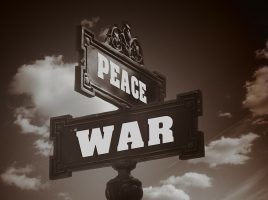 This is probably the main reason why the balance that can be seen today, five years after the agreement was signed, is so poor.

If the government at the time promised reforms that had not been agreed with the country’s main centres of real power, it would truly have been a miracle if it had been able to deliver them.

Santos did not have at the time the necessary political support of those who hold the real power in the country and who had elevated him to the presidency. Moreover, his government had very little time left and the new president, Ivan Duque, had already announced that he would “rip the agreement to shreds”. And in practice he has kept his word. Of what was agreed -now very much reduced and watered down- almost all of it remains to be done.

And in the current panorama, with decisive elections for the change of government in 2022, what remains is just the hope that a new reformist government takes on the agreement and proceeds to carry it out with realism, even if only partially.

If the right wins, the current strategy will be maintained or deepened and this Peace Agreement will be one more of the many that the Colombian government has signed and not fulfilled in the past. 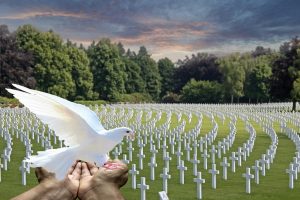 As well as lacking that political backing, Santos did not have the necessary parliamentary support, nor could he count on the support of the judiciary (basically in favour of the right) and still less on that of the vital public sector (especially its senior echelons) to turn what was agreed into reality.

In this last group the role of the armed forces and the police must be highlighted: on this occasion they appear as barriers, untrustworthy, the result of their not insignificant links to the violence that the aim is to overcome; especially the extra-judicial executions of innocent civilians, known in Colombia as “false positives”. On top of that are their links to paramilitarism.

In summary, assuming Santos really intended to fulfil the terms of the pact, what is certain is that he had neither the necessary political backing of the dominant class nor minimal institutional instruments to drive change.

Nor could he, or as some claim nor did he really want to, since his intention was simply to bring forward some minor concessions while leaving the social order intact, the same order that generated the armed insurgence.

Just as the governments of this country have always acted in similar circumstances. 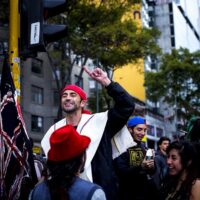 The current leader, Mr Ivan Duque, has followed to a tee his campaign promise to rip the agreement to shreds, beyond the essential forms and the declarations of rigour.

Of what was agreed in Havana and then signed in BogotÃ¡, what remains is a version which is very limited in scope (if this scope is fulfilled) and which is a very reduced application of what was left after the thousand cuts to which the agreement has been subjected.

Santos did not have the firm support of public opinion either, a large part of which live in cities now, lacking the necessary sensitivity to the problems of the peasantry and perceiving the guerrilla struggle as a sort of “far-off war” that barely affects them.

The systematic campaign of manipulation and control of public opinion waged by the right and fully supported by the mass media in the hands of large domestic and foreign companies produced the triumph of the NO’ vote in the plebiscite that was meant to put what had been agreed with the insurgents to a referendum. It is true that the ‘NO’ vote beat the ‘YES’ vote by a minimal percentage (roughly 1% of the votes cast) in a country that for over half-a-century has seen an abstention rate of over 50% of the electorate.

All of this affected Santos and enabled Duque to justify his strategy of “ripping the agreement to shreds”.

There are, however, other indicators which suggest that a majority support change since practically all the key points of the Peace Agreement coincide with the popular demands made by the mass protest movements in Colombia this year and in previous years. 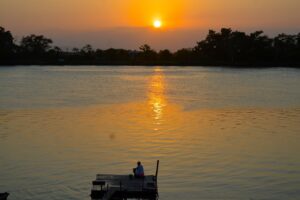 If the government that emerges from the 2022 election intends to uphold the Peace Agreement (as well as other essential reforms overwhelmingly demanded by the citizenry) it must ensure that the dominant class willingly accepts the implementation of the reforms.

Otherwise it will have to equip itself with sufficient instruments to impose them in the name of the majorities who put them in power.

As well as winning the presidency, it will have to garner enough support among the rest of the state powers (legislative and judicial) and move forward with substantial changes in the bureaucratic apparatus, critical for the approved measures to be able to be brought about. And among these reforms, the remodelling of the organs of justice and the root and branch transformation of the military and police.

Those who are already warning of the risk of magnicide to prevent the triumph of the left at the next election are not so far off track; it would not be the first time in Colombia’s recent history. It happened in 1948 with the assassination of Jrge Eliecer Gaitan, a reforming nationalist who would have won the election against the candidates from the creole bourgeoisie; and with Galan in 1989, a reformist liberal who was also sure to win the following year’s presidential election against the regime’s candidates and was murdered.