Caesura (pronounced sez-ura) is a literary term, referring to a break between words in a line of poetry, and “The saving line” is a study of the ways Walter Benjamin and Theodor Adorno identify narrative caesuras in the work of other writers as signifying markers of interruptions. 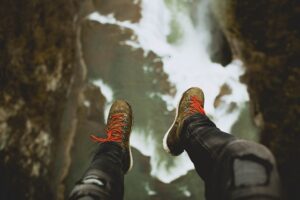 Benjamin’s reading of Goethe’s “Elective affinities” homes in on a sentence near the end of the novel when the lovers, Eduard and Ottilie, embrace for the first time and look forward to a happy life together: “Hope, like a falling star from heaven, soared above their heads and away.”

The lovers are doomed but, for Benjamin, the falling star (which burns up in the atmosphere) as an image of their hope is transformed into a shooting star (that speeds away on an unknown trajectory). Those who hope do not entertain the certainty of failure and nor is hope extinguished for the narrator.

The endurance of hope becomes a transcendent truth, over and above particular circumstances that in this case will rob Eduard and Ottilie of their aspirations.

Their optimism will be dashed but the hope it enshrined becomes like a comet whose orbit will bring its return; repetition becomes renewal.

The novel’s sentence is not a caesura in the proper literary sense of the term but Benjamin makes it one in his essay on Goethe, an essay that begins: “Thus, the critic inquires into the truth, whose living flame continues to burn over the heavy logs of what is past and the light ashes of what has been experienced.”

The comfort in literature that is being suggested here is opposed to bourgeois reading habits that are satisfied with vicarious enjoyment of emotive fashions.s

The caesura that captures Adorno’s attention occurs in the excursus from “Dialectic of enlightenment” where a line from Book 22 of the Odyssey describes the lynching of the disloyal housemaids by Odysseus, part of the revenge he unleashes after his return to his homeland after years of post-Troy wanderings: “They gasped, feet twitching for a while, but not for long.”

For Adorno, there is something here that causes a break in language -a caesura of sorts- because it registers the finality of death, the inability of reason to conquer a natural phenomenon, the collapse of self-preservation.

The maids’ final moments of agony are suffered in silence and, in Adornos words, “the unspeakable endless torment of the single second” interrupts the narrative flow.

“The saving line” covers far more than a single moment in Goethe’s novel and one line in the “Odyssey” and the brief account given here cannot do justice to the richness of the author’s close readings of textual passages in Benjamin and Adorno. 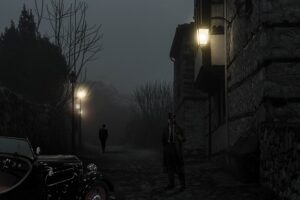 The author combines philosophical and literary analysis to reveal new connections between the writers and fresh insights into their thought. As an academic work, the scholarly tone calls for attentive readers and the rewards make it worthwhile.