True national sovereignty is what guarantees the interests of the majority of the population. A strong and modern state and a healthy and skilled population are indispensable in a project of national development that allows the country to end backwardness and the dependence and limitations that prevent it entering the modern age.

The creole bourgeoisie in Latin America and the Caribbean drove so-called developmentalism and then opted for the neoliberal model, now in deep crisis.

Developmentalism produced a limited industrialisation, boosting the local and limited production of consumer articles that previously were imported from the metropolises and intense processes extending modern forms of capitalism to rural areas generating a substantial change in the distribution of the population. Nowadays, these countries are basically characterised by high levels of urban settlement in contrast with the old image of the rurality of times gone by.

But the local production of means of consumption did not extend to the challenge of also developing means of production, which continued to be imported from the metropolises.

These countries’ traditional -almost neo-colonial- relationship with the cities underwent significant changes but ultimately maintained the forms of dependence that make these countries minor complementary, subsidiary economies, even dispensable ones, as far as the metropolitan economies of the world system are concerned.

The extent of this developmentalist initiative was, naturally, quite unequal from country to country and its success had much to do with the level of welfare reached in each of them; and of course, much depended on the type of bourgeoisie that was in charge of the development projects.

The current, neoliberal, model wrecked these projects. In many respects it reverted to the traditional forms of dependence, to the point that in many ways the neo-colonial relationship of yesteryear has been repeated.

It is natural that in these countries the mass importation of consumer products is growing to the detriment of local production, any self-development project is openly given up and insertion into the world market is favoured without considering the negative effects on the local economic fabric.

The region has experienced then acute processes of deindustrialisation, prioritising the export of foodstuffs and raw materials (the so-called “extractivism”) and the expulsion abroad of a good part of the surplus workforce that these processes generate.

The mass exportation of foodstuffs and raw materials leave local needs neglected and deprives these countries of resources (material and human) that any government with plans of national development in mind would try to hold on to for its own progress.

The neoliberal model’s application produces unusual but explainable situations: some of these countries export oil (for example) to metropolitan nations rich in this product (the United States, to give an obvious example). These nations keep their own stocks in reserve to assure their future supplies in a market that is so volatile and, above all, condemned to inevitable exhaustion.

And what is true of oil can also be said of many of the region’s other exports. The mass exportation of foodstuffs (wheat, for example) is also dramatic when large percentages of the regionâ€™s population do not have access to basic food.

The type of economic fabric that is promoted plays a decisive role in the definition of the national question.

In the current conditions it is a matter of immediately recovering the most beneficial aspects of developmentalism. This is because, among other reasons, a local drive to a new industrialism is the only alternative to overcome the region’s huge level of unemployment and feed commerce and local services (large consumers of labour). That would be a first step towards solving the urban question which in almost all these countries already accounts for the majority of the population. 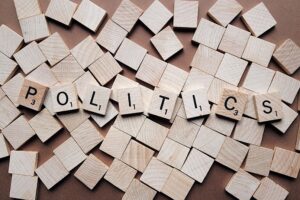 But resuming as far as possible the plans of developmentalism must only be understood as a first step towards more ambitious objectives without which the national question will remain unresolved. It is not a matter then of simply returning to the local production of means of consumption -however necessary and urgent that may be- as was done previously under the developmentalist model.

It is also a matter of backing the creation of means of production, just as nations such as Finland, Norway and others in the north of Europe have, and South Korea: or as others of a different ideological orientation like Vietnam are doing now; or as the People’s China did, in its moment.

The creation of means of consumption and production must be carried out together and as far as is allowed by specific conditions: existence of material and human resources, priorities imposed by reality, the social majorities’ level of commitment to the project and, of course, the solidity of the national state and the clarity of objectives of its politicians. 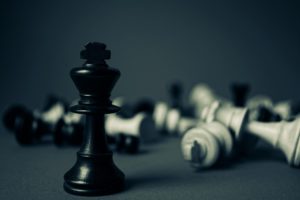 The challenges posed by this strategic decision to tackle the national question from a different perspective are neither small in number nor easy to resolve.

Indeed, the local production of means of consumption has to be assured, urgently and immediately, which requires protectionism (the same thing the metropolitan economies practice).

It is vital to reserve for local consumption products that assure the countries’ own development and prevent skilled workers -who these countries have trained- going to the central markets as cheap labour.

It is necessary to ensure food sovereignty, just as rich countries do, even if the protected products are relatively costlier. This must start by gradually modifying national consumption giving priority to what is most necessary.