Alejandro left Spain when he was eighteen to study law in London. He is now twenty one and reminisces how he grew as a person by stepping up to the challenges he faced, when he moved to an unknown country. 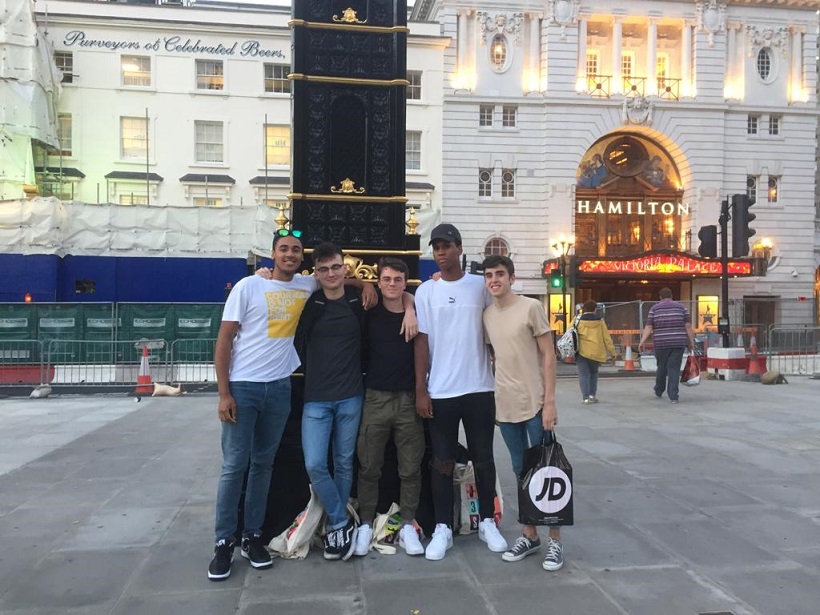 He always had the dream to study and live in a different country.

“I started learning English ever since I was a kid, like five, six years old, so I just fell in love with the language pretty much”, he remembers.

So when he had the opportunity, he took it and moved to London.

Alejandro Bondjale arrived from Madrid in the summer and was overwhelmed by the amount of different nationalities and cultures that claim London as their home: “There are so many cultures here and people from countries I did not even know existed.” Coming over to England with two of his friends from High School eased him in, making the experience less lonesome.

Moving to a different country is not only a pleasant experience by any means, as he explains “that was also the first time I was living on my own, so I had to get used to doing the little things like washing my own clothes, cooking for myself and as soon as I arrived I had to find work, it was hard at the beginning.”

Moving into the unknown is stressful and often comes hand in hand with anxiety. One day he found himself in a particularly bad situation, in which he had left his flat to get his haircut at a barber, quite far away from where he lived.

His phone died right after he paid and having been in a big city like London only for a couple of weeks. “I was really nervous and asked someone for directions but that person did not understand what I wanted from them. At that time my English was not the best to be honest”, he recalls.

By having an open mind and being willing to step out of his comfort zone he successfully confronted his anxiety and eventually found his way back home.

Alejandro decided to leave Madrid at a young age to find an adventure: “If I am being honest with you, I did not know what to expect at all. I just came here expecting an adventure.”

But when asked about it he also reveals, “That if you look at the Spanish job market and the British one there is basically no comparison. From a salary point of view the UK is way more competitive than Spain.”

Due to the current economic situation this is a common theme seen with quite a few young people from Spain. Alejandro emphasizes that the reasons for that might be cultural, “through the last three years I have seen that the people in the UK have a really strong working culture, were everything is about working and earning money. Whereas in Spain the culture is more relaxed and social.”

He explains that a lot of people in Spain are also happy with the way they are living right now, and that they “value their family and social time.”

After all coming to London was the right decision for him, “as of right now my plans are to finish my education here in London and do a masters potentially. I also want to find a job here, I am open to every offer but as of right now I would like to stay here for longer.”

(Photos provided by the interviewee)