In the remote environment of La Rinconada, the devil receives the ritual payment for the successful mining of gold, but how much of the material profit goes into the pockets of those in power? Filming with consent in such an isolated and lawless area requires a lot of diplomacy. 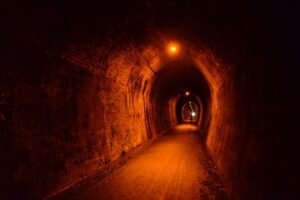 The director addresses issues raised by The Prisma, regarding the exploitation of mine workers and of women in prostitution. He describes the difficulties of making a film in these conditions, and how he was helped by local authorities once he had established social relationships and shown that the motives of making the film were not themselves to exploit the people of the area.

In this way he says that it was possible to transform formal relationships with the local authorities into more ‘horizontal’ interactions and avoid conflict.

Nevertheless, it is clear that in many areas of Peru exploitation goes unchallenged by the authorities, and this is especially easy in an area that is as isolated as La Rinconada. A recent report by a Peruvian journalist gives statistics and lists cases of violence against women that have been quickly archived, despite official government policy forbidding this.

Meanwhile the abuse continues, as if it will always be a part of the human narrative, as Tortone says: “Nothing has changed in the man-devil relationship since Faust, Gretchen always pays the price”. As long as the political will is absent of course.

There is a Peruvian association of parents and relatives of missing persons who denounce the practice of human sacrifice. And in Bolivia there is an open case of a little boy who went missing in a mine settlement.

But there is no evidence of this kind of pagacho, it remains only in the context of hearsay. Seasonal workers and migrants, often have no social network, friends or relatives.

Mine work is their only way for improving their existence beyond mere survival. It is horrible, but once the ID is gone, it is easy to argue that this person never existed.

When I discovered the existence of this practice and the magical thinking system that supports it, I saw the possibility of plastically representing the systematic horror that implies a society based on profit.

We often use neutral words to describe the economic system in which we are immersed and which we take for reality. But someone’s profit is only achievable through someone else’s loss. The loser can be a human being, a species, an entire ecosystem, sacrificed to profit. In the West we do all we can to not recognize the structural nature of this inalienable relationship.

Michael Taussig’s work, mentioned in Part 1, demonstrates a close correlation between the number and the violence of rituals associated with gold mining and the price of gold.

The rituals are more numerous and violent when gold has a rising price than when it has a bearish trend. In fact, human sacrifice is a market issue.

This seems to contradict your earlier point about it all being hearsay?

I refer you to these reports. The point is that it appears to be only hearsay because these workers are so isolated and their identity documents are easily lost.

There is minimal police presence and security provided by the mining company. Did you try to contact this company?

The Ananea Corporation is the most important company in La Rinconada, and we tried to find collaboration through their contacts in the local administration.

But there is a constellation of companies of various sizes. There is a small police detachment, and the municipal administration has a group of security guards, the Serenazgo.

But the territory and the environmental conditions are really prohibitive.

I take this opportunity to thank both of them because they helped us a lot to work with serenity.

To film in the mine, we were accompanied by seven policemen with Kalashnikovs, because there is also piracy by groups of armed miners. The city administration could not risk letting us go alone. 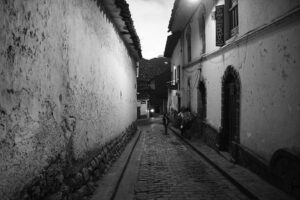 Perhaps the authorities also did not want the workers to have a chance of saying things to you that might embarrass them?

Not at all. 1200 metres deep in a gold mine, in a labyrinth of tunnels is not a good place to find someone who wants to talk. The authorities know that. So no, they really helped us.

There is enormous exploitation of women and underage girls in prostitution in La Rinconada. Why does the film only mention this very briefly, and as a temptation for the men?

The exploitation of prostitution and trafficking in women is a tragedy that deserves much more than a full film. The parable of many of these very young girls is similar to that of Jose.

They have to find a job to help the family, to give the brothers the opportunity to go to school. So, they find some job advertisements: “looking for a waiter”. They show up, start working and then they remain imprisoned. It is an international phenomenon, just as the seasonal and migrant miners are international.

I couldn’t tell everything in “Mother Lode” and I focused on the fairytale relationship between harsh reality and magical thinking, trying to reveal its dimension and drama, but linking it to the experience of the main character. 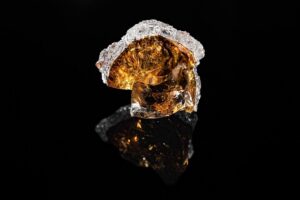 Seeing it through the eyes of a thirteen-year-old boy who gradually gets used to living in the mine. His first approach with a girl is not sexual, it is the search for a dialogue, with someone with whom to distinguish reality from magical thinking.

The film shows how the entire system violently overwhelms the female universe, without discounting structural machismo, which is sinister and violent. Nothing has changed in the man-devil relationship since Faust: Gretchen always pays the price. It is dramatically true and at every latitude.

Did you ask any representative of the Peruvian government, what they are doing to stop this exploitation? If mafias are involved in gold piracy inside the mines, might government officials be profiting from the continuing situation?

I did not look into it. Corruption exists in Peru as in Italy, USA, UK, etc. The gold mine in Peru is a very complex world, more complex than just a problem of corruption. I think you can find a lot of bibliography about that online.

Has the film been shown in Peru or other Latin American countries?

The film had its world premiere at the International Critics’ Week in Venice, at Annecy Cinema Italien, in Doclisboa and on 7 November at the Thessaloniki International Film Festival. I hope to present it in Latin America in 2022. 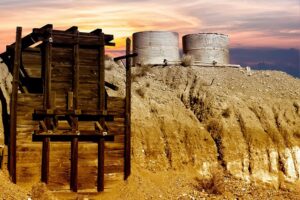 Due to the pandemic, my current horizon is much narrower. But I am developing a project that I had in mind for years, a film set on the outskirts of a post-industrial city in northern Italy. It tells of a grey area between crime and economic interests seen from the perspective of a group of teenagers, and its turning point is the violence against women.