Five years on, broken promises are the main feature of the peace agreement signed between the government and the FARC guerrillas. President Ivan Duque’s party are doing all they can to de-legitimize it. Money disappears, and useless bureaucracy flourishes in what many say is a mafia state. 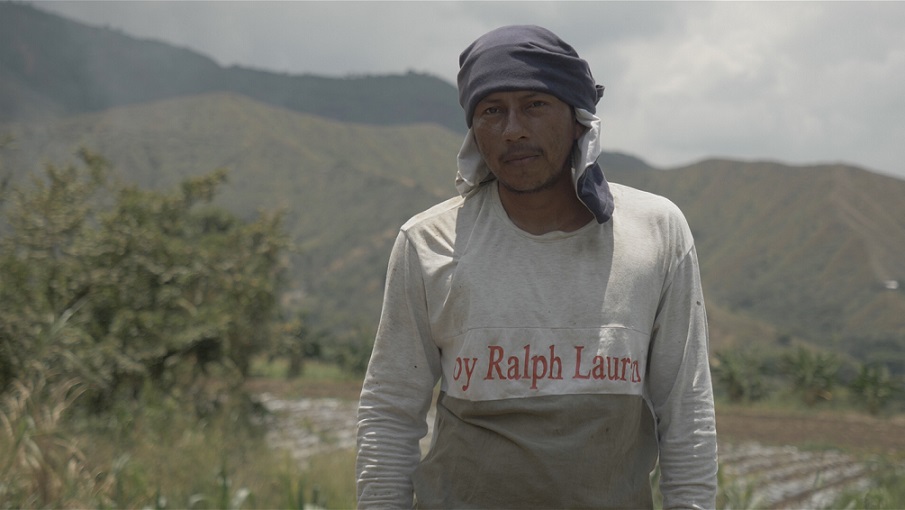 Despite the commitment of the ex-guerrillas, more than 90% of whom have disbanded in some areas, the process of re-integration and re-organisation has stalled.

The process lacks a transformative and systemic vision, so that while some farmers have eradicated coca the substitute crops have not arrived, and also require years to produce a harvest. These farmers are now forced to work as labourers in areas where coca still grows, often 200 Km away. And fumigation -now supported by Biden’s administration- destroys food crops as well as coca, and poisons the area with Glyphosate, a chemical banned in many countries because it causes cancer.

The film “Bajo fuego” (Under siege), directed by Sjoerd van Grootheest and Irene Velez-Torres, focuses on the processes of land re-distribution and coca crop substitution since the peace accords in 2016 and the return to war in Cauca province, and follows Briceida Lemos and Leider Valencia, a peasant family in the Cauca region of Colombia.

Colombia is the only country in Latin America that has not gone through a process of land reform since the colonial period, and as Sjoerd says: “What is happening now is not land reform either, it is just a proposal for the government to buy a few million hectares from private owners, and even that is not happening.”

The Prisma spoke to van Grootheest, after the film was shown at the Human Rights Watch Film Festival in London.

What were the family doing before the peace accords?

They and their previous generations were peasants who spent their whole lives on the farm. They grew coca, which paid well to supplement the income from coffee and the food they grow to eat. Coffee prices vary a lot whereas coca is always in demand and they do not have to take it to market. Coffee is only harvested once a year, whereas coca has 3 or even 4 harvests a year. It is an insurance for many people against price variations in other crops.

The FARC-EP also insisted on this diversity of production. They imposed quotas on the number of coca plants that a farm could grow in proportion to their other crops. 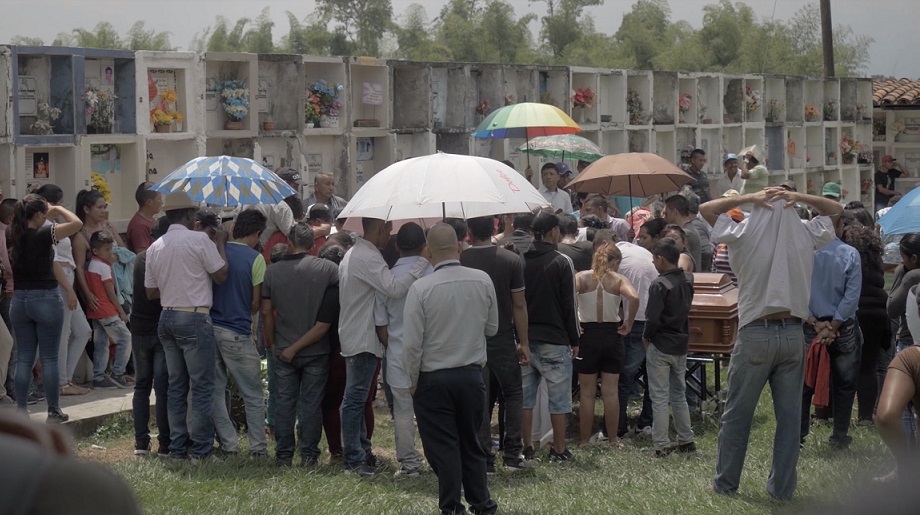 If you only grow coca you may have trouble getting food if you are a long way from a market.

I assume that the guerrillas were imposing the law backed by the threat of violence, and in order for the peace process to take off that the peasants must have expected an improvement in their situation.

Are the peasants celebrating peace and that FARC has left their territory? Absolutely not. There was an iron fist, but there was also dialogue. It was like a forced marriage, they both had to live in the same territory. There was a degree of protection, and order imposed by the guerrillas, but as a military organisation if someone broke the rules there were only a limited range of sanctions including death sentences for minor offences. At times it was oppressive and violent, but there were also efforts to help each other out.

FARC left the territory in 2016, and they organised a total of 26 demobilization camps, three of which were in the Cauca region. In Miranda about 220 members of the 6th Front laid down their arms and were supposed to receive training to help them re-integrate into society, but it did not work well.

We were there making another documentary, and six months later they were still in plastic tents, so this was one of the first examples of broken promises. FARC left the territory and about a year later 90% had demobilised, except for a small group who did not trust the government’s promises. In comparison to other peace processes, this was hailed as a great success. But then at the end of 2017 before the election of Ivan Duque there were the first signs of a return to conflict, with an attack on a police van that killed three officers. It is not clear if this was paramilitaries, the ELN or dissident groups, but from then on things deteriorated.

Is this the end of peace?

It is a difficult question, but if all the promises on paper had been fulfilled there were good possibilities, but there were also structural mistakes. At the time of the peace accords, a law was passed permitting cultivation of marijuana for medicinal purposes, but four years later, only 11% of the permits have been given to small-farmers and cooperative groups, the rest have gone to corporations, mostly multinationals.

Former President Juan Manuel Santos was pushing the peace agreement, but Duque wanted changes, and his party has done all they can to de-legitimise it, and to demonise the FARC even though they had already laid down their arms.

The Duque administration has not helped the issues that “Bajo fuego” is focused on: the question of land ownership, and the substitution of coca with other crops. When the pandemic arrived and the country went into lockdown, the government announced that there were not sufficient funds to accomplish the transition.

The first chapter of the peace agreement was land re-distribution, beginning with registering the title to land that in many cases people have lived on for generations without having official documents. 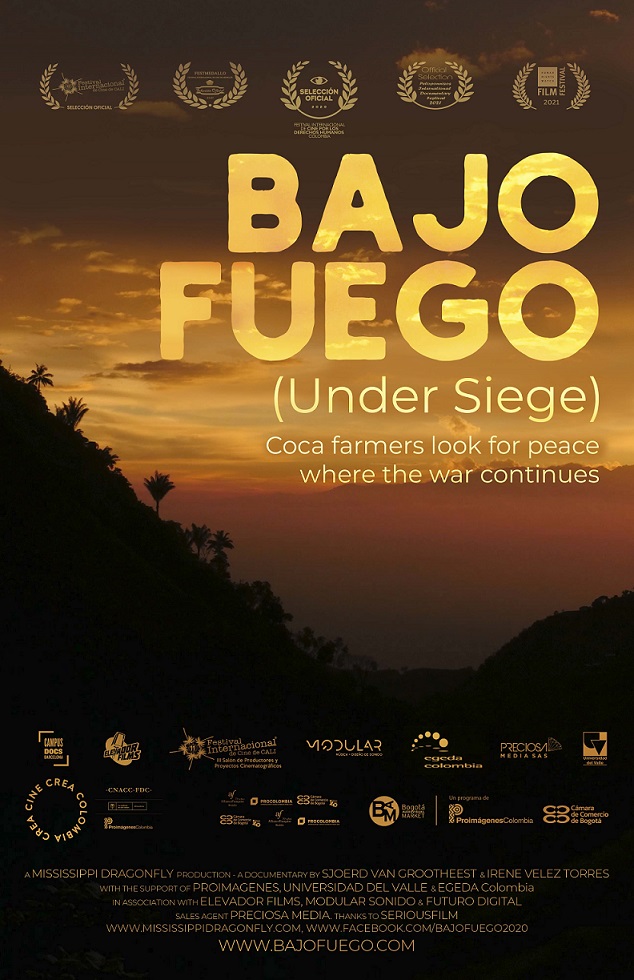 This land was not going to be taken from people who had grabbed it illegally, nor from corporations that own vast areas. It was going to be bought by the government and distributed to the peasants who did not have enough land to live off, and to landless farmers. Part of it was supposed to come from land confiscated by the State from drug traffickers.

But, nearly five years after the agreement, there has been absolutely no progress either in establishing titles or in distributing land.

If the government compulsorily buys land, do they have to pay the market price?

In Colombia the politicians and their families are the big landowners. Here you do not get to be president or have political power without backing from major economic and political elites. Taking land from them to give to peasants or former guerrillas is not viable because the government are in cahoots with the landowners, saying they can’t afford the price demanded. So, the landless remain landless and the landowners remain owners.

It seems predictable that the process will just stagnate.

Officially everything is going well, but the State is incredibly corrupt. The usual estimate is that 25 – 40% of the value of every government contract disappears.

You may as well call it a mafia.

Yes, exactly, it is a mafia state. That is not the way it is talked about, but it’s definitely the way we see it.

And there is the money that comes from abroad, from the European Union and the United States. I would hope that strict measures would be put in place to oversee it.

They also buy a building for government offices, and give people jobs wearing a nice suit representing the State, but what are they actually doing? To get into the mountains and implement the provisions of the peace agreement is very difficult, and then despite all the new jobs they say there is no money to finance the substitution project. If they really wanted to do something, they’d find the money. And vast amounts of foreign aid go to supporting the military presence not for social improvement. 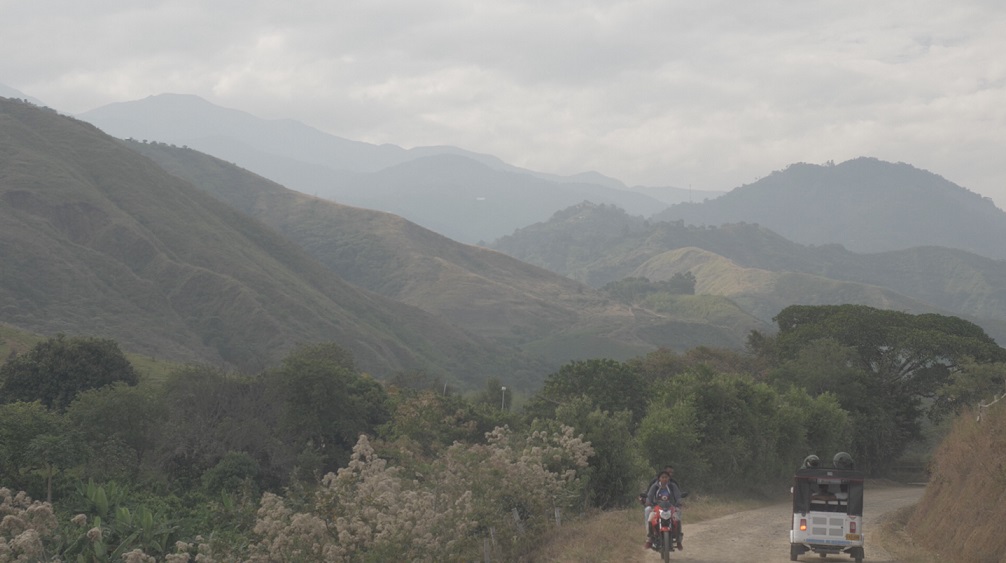 It was mentioned that some of the new crops require up to six times as much land as the Coca they are replacing. So they have to give up some of their food crop cultivation unless they are given more land.

Exactly. If you have half a hectare and you grow Coca, you can just manage as a poor peasant family. But if you need to use food growing land for coffee it is impossible, which shows the short-sightedness of the programme.

And another factor comes in. In Miranda and in Jambalo about 95% of the farmers have signed up to the programme and already eradicated their Coca crops. But in most municipalities of the Cauca they are still growing coca. Bricedia and Leider eradicated their Coca, and there was a big coffee harvest that year, but the landless labourers who would normally pick it had moved to areas where they could make more money picking Coca. They lost half of their coffee harvest. The regional economy is not treated systemically, so people in the mountains who eradicated their own Coca, now have to go 200 Km to work as labourers on somebody else’s coca farm, 3 or 4 times a year. 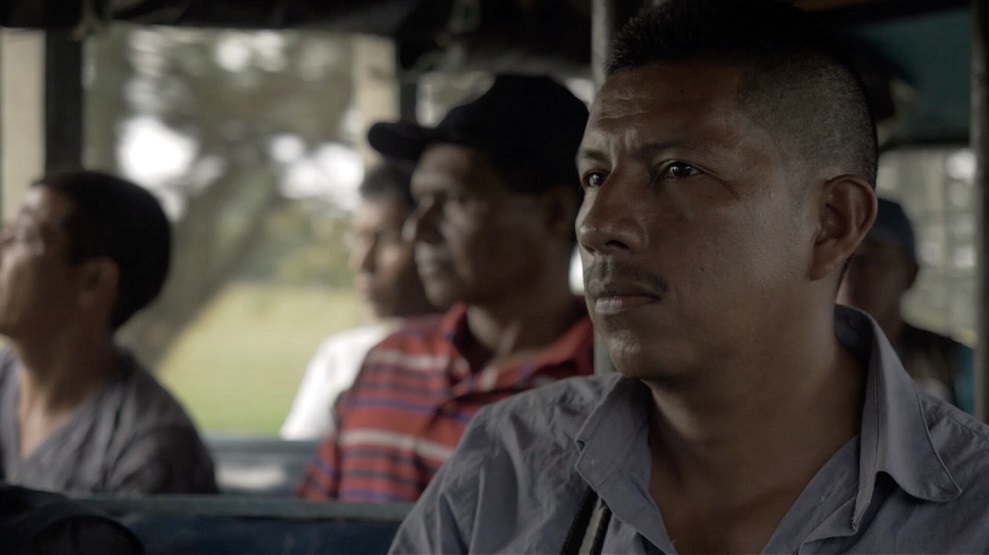 Fumigation will create chaos because it destroys peoples’ means of survival.

Exactly. A family growing plantain , bananas, coffee and coca has their whole crop including food destroyed by fumigation, so they move to an area where they cut down forest in order to plant, but not bananas, avocados or coffee because they take several years to mature, they plant coca.

And this also stimulates the formation of large coca farms, while fumigation using toxic glyphosate contaminates the land and the people themselves. And this agenda is now being pushed by the newly-elected US president Biden.

(Photos supplied and authorised for publication by Sjoerd van Grootheest)