A third season of the series “Matarife” will be presented soon. It will once again expose the intricacies of power and its relations with drug traffickers, paramilitaries and corrupt politicians in Colombia. 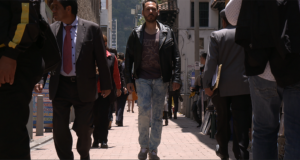 Its author, Daniel Mendoza Leal, now exiled in France, has changed the course of his international pilgrimage and will be filming from Switzerland and Spain.

In his bedroom, he is preparing the news targets of the “false positives”, the deadly DAS, the insurrectional events in Cali and the repression of the National Strike in Colombia. In an already imminent electoral pre-campaign scenario, where the Colombian people are deciding their future in an “all or nothing” game, the formula of peaceful combat of this ingenious nobleman from the Sabana de Bogota is once again offered to us as a reinforcement from the media trenches, to the hopes of a profound change in the country.

The Prisma spoke with Daniel Mendoza about the conception of this “subversive creativity” and about the vicissitudes of his production from his European exile and through virtual collaborative work.

Is it possible to think that the hyper-realistic tone of “Matarife” contributes to changing public opinion in a country already anaesthetised by violence, inequality, drug trafficking, corruption and the violation of human rights? 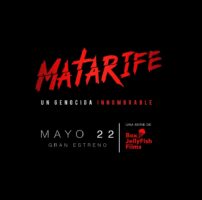 In reality, Matarife is more than a series, it is a weapon of subversion. And I am neither a film producer nor a director. That I produced Matarife? Yes. That I directed Matarife? Yes. That I acted in Matarife? Yes, but I am no longer a lawyer, a criminologist, I am no longer a journalist, I am a creative subversive who, from goodness, from non-violence, intends to generate a series of missiles that violently attack a narco-paramilitary and corrupt system that exists in Colombia.

With so many sources and information, is it difficult to choose the most relevant to make a chapter? How do you make the selection?

That is a process of selection that has been developing. First, I outline the scripts and then they are written. The scripts are literary, which is the voice-over, or technical, which is a series of visual micro-stories that are incorporated into the literary script. And from that, a researcher and I do the research, we choose the material and based on that script, we send the material to the Mexican director who directed the first season and co-directed the second because he was in Los Angeles, Ecuador and Mexico at the time and could not enter Europe because of the Covid restrictions.

So, it fell to me to learn to direct and we co-directed between the two of us. He from there, and I from here (France). So, he is the one who has a palette of colours and images and does the editing in a studio in Los Angeles.

Is it not very difficult to make the documentary from a distance?

The person who helped me is in Colombia but today that person is also on the internet and it is much easier. That is good and bad. Being in exile nowadays has good things, because you can continue here ‘shooting’ and hurting the government from the screen, as I say, always with kindness, love, with creativity. 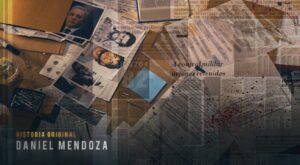 Before there was not the possibility.

But it is also very hard, because I am existing here, but I live in Colombia. So my days are governed by French time, but I go to bed, but I go to bed every day at 5 or 6 in the morning in meetings with Colombia, so this rupture creates a very big existential and emotional dizziness.

Because if I had arrived and there was no internet and no social networks, I would improve my French and go to university.

I would live more where I exist, but today, I exist where I do not live. That is very hard.

In the face of this war of biblical dimensions, do you believe that good will win out over evil?

Yes, and I think that you (foreigners, those who do not live in Colombia) are going to have to help us. It is the whole world that saves Colombia from evil. Colombia is dominated by one person, by a drug trafficker, by a paramilitary who is Alvaro Uribe Velez. He has one mobile phone with which he calls the president, the ministers, the prosecutor, all the institutions and gives them orders, and with another mobile phone he calls the Sinaloa cartel, he calls the Oficina de Envigado (a city in Antioquia province), he calls the Aguilas Negras, the Cartel del Golfo or those who call them. He is the master of light and darkness. 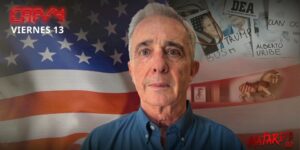 You have mentioned that to defeat the institutionalised vandalism in Colombia by recent governments it is necessary to take up the arms of creative subversion. Do you think this is the right strategy to achieve the country’s longed-for peace?

Creative subversion is a response of struggle and revolutionary armed action from the terrain of peace and non-violence. However, its aim is to mortally wound the Colombian narco-paramilitary system by means of weapons that are not utopian today, such as social networks, information technologies, mobile phones and the mechanisms that make information flow.

The strategy is that the actions of struggle through these means are carried out with the bullets of creativity to hit the system and wound it, fracture it and break it down at key points of its nerve system. These are not physical actions or weapons that physically hurt people, but rather ideological proposals and ammunition that must be developed through creativity involving various artistic fields such as literature, music, audio-visual offerings, and through these we manage to reach the human fibres of individuals.

It is not only about transferring information and concepts from a rational point of view, but also about reaching the collective unconscious, so that social agents are filled with feelings of indignation, anger, even pain, and also hope in order to change things and transform Colombia into a fairer and more equitable society. 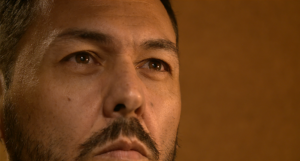 Do you think your work can contribute to political change in the next elections in Colombia?

Thanks to these war projectiles of love, kindness and non-violence, society now knows that the choice in this election is between life and death, and the people do not want to commit suicide.

Daniel Mendoza and his counter-power journalism

Total impunity in violence against journalists in Colombia