Everyday life forced early man to defend himself against the threats of the environment, whereby it started to plan, create and apply this concept until it became an actual entity. 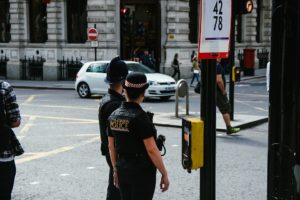 The first institutionalised police force that came about in the modern world was in the UK, under the name London Metropolitan Police, more commonly known as Scotland Yard.

But such a concept has its origins in the days of the Roman Empire, where it was developed by the town councillors who carried out public order arrangements such as food distribution, vigilance of market prices and the solution to minor scuffles and fighting. This activity developed under the vigilance of magistrates, who at the time were the true advocates of justice. The Greek philosopher Plato defined the police as “the keepers of regulations and laws par excellence which maintain the city”.

Aristotle, his disciple, considered the police as having “a good order and support of the community, which is the most important and greatest of all life’s possessions.”

For Socrates, the Greek philosopher, the police “the soul of the city, it operates in the same way that the concept of understanding works with man, it thinks of everything: it regulates, it secures good for the citizens and it relieves the ills and wrongs that society fears”. 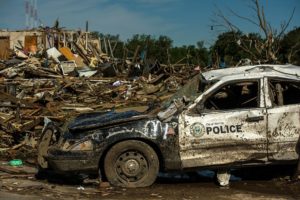 It was the Incas, who with their amazing social organization gave rise to a clearly outlined and specific structure as to who performed police duties. They developed a strict system of social control that began with the Puric or parent and ended with the Curaca or local lord.

This was under the control of the Apunchic or the Capac Apo who were regional governors and would take it in turn to monitor and control the Tucuyricuy, which means “those who see and hear everything”.

These “officers” maintained order, and the compliance with social standards of conduct to ensure coexistence on the basis of reciprocity, this was in order to obtain a good harvest that was to be redistributed.

It was also down to Michos or auxiliaries who served as advisers, inspectors and even researchers.

The enforcement of justice officers, the Capac Apo Uatac or the Mayor of the Court, whose police function was led by the Inca elite. Their symbol was the Incan Mascapaicha, which was the tassel or imperial crown. To apprehend the plebeians there were the Uatac camayoc or the Sheriff and the Chacnay Camayoc, the Deputy Sheriff. 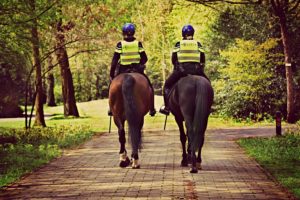 The Inca, exalted as a link between gods and men, was the first ‘computer’ in the world hence it was the top of the policy system which was enforced on the basis of moral and ethical principles, as well as religious paraphernalia. This intended to underline the importance of living in harmony, working efficiently and abiding by the law.

This was in essence the concept of Incan public order and its maintenance contributed to those state officials, who responded by giving their lives to the sacred trust.

At the start of the 5th century, the nobles were responsible for maintaining order over their land, at times appointed a sheriff, in many cases without pay, to take charge of local law enforcement.

In 1476, in Castile, the first police force in Europe was established called the Holy Brotherhood, a form of national Spanish police which operated in that way until 1836 according to the Spanish scholar Hugh Thomas in his book “The Spanish Empire: From Columbus to Magellan”.

In 1663 the Government of London hired watchmen to guard the streets at night, which increased the security to a level which the previously employed volunteer sheriffs could not offer. 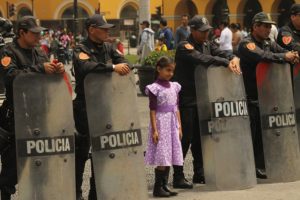 The first institutionalised police force that was created in the modern world was in the UK, a detachment of the army. It adopted the name of the London Metropolitan Police, more commonly known by the name of the street where it originally installed its headquarters, Scotland Yard.

The Argentine researcher Daniel Herrendorf states that the true need of creating a police body was due to with the appearance of the first national states and the rapid growth of cities and commerce. But it was the birth of a social actor, the merchant, and the new systems of trade which led to the emergence of paid officials to constantly monitor law and order within their boundaries. (PL)