In the middle of a scenario of unconventional warfare, the intensification of Washington’s unilateral coercive measures, condemning Venezuela for strengthening its borders and consolidating its national defence strategy is, at the very least, an act of hypocrisy. 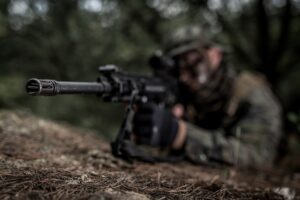 In 1989 the South American country was deep in a serious economic crisis which the then president, Carlos Andres Pérez, ‘ended’ by applying a neoliberal package of measures from the International Monetary Fund.

But his announcements led to strong protests, disturbances, looting and demonstrations rejecting the measures, a revolt that ended in one of Latin America’s biggest social massacres of the twentieth century, known as the “Caracazo”. Three years later, little or nothing had changed and the memory of the bloodbath lingered in the mind of a people drowning in poverty and desolation.

So, on 4th February 1992, a group of military personnel under the command of the then Lieutenant Colonel Hugo Chavez organised a rebellion that, despite failing, marked the beginning of the end of an era of corrupt and decadent representative democracies.

The way was cleared then for the consolidation of the socialist project and its greatest strength: the civic-military union, according to historians. 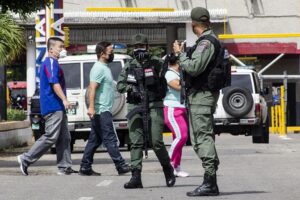 On reaching the presidency in 1999, Hugo Chavez, in addition to calling a constituent process, implemented a social welfare programme called Bolivar 2000 which included the state institutions and the armed forces.

One of the objectives of the plan was to give these latter groups an active role in the construction of a new social model and it aimed to overcome these groups’ distancing from the people, which arose when the military participated in the Caracazo.

And, according to comments made to the press by Edgar Alejandro Lugo, who holds a master’s degree in military history, the new Venezuelan military thinking grew from that base. This idea was born as an alternative response to build the Security and Defence of the Nation, a more apt and forceful strategic plan.

This strategy is defined by the political analyst Juan Ramon Guzman Guzman as a horizontal political fusion, unrelated to the bourgeois pro-civilian-government stance and the subordination of the military because they have different origins and class interests. 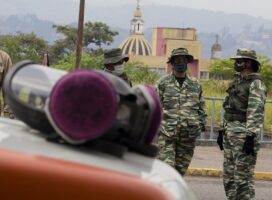 The concept of people in arms or war of all the people has been an essential part of Venezuela’s popular resistance to the aggressions of the United States, Colombia and the domestic right.

Militarisation and defence of sovereignty

During over 20 years of the Bolivarian process, Colombia became a stage for the promotion of destabilising actions against Venezuela, supported and financed by successive governments in Bogotá.

The export of its armed conflicts to the border, the establishment of camps of paramilitaries trained by US and Israeli agents, drug trafficking and, more recently, incursions by Colombian armed drug-trafficking terrorists, are a few examples. Paradoxically, press organisations, NGOs of dubious impartiality and some governments do not recognise this reality and condemn the supposed militarisation of the national borders.

Fernando Rivero, Master in Philosophy of War, considers this strategy to be part of the semiotic and transversal battle being waged by Washington which aims to remove symbols, destroy the people’s politico-emotional relationship with their leaders and demolish the national identity. 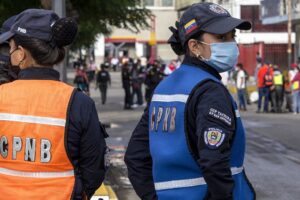 “The militarisation of Venezuela’s borders is more related to the Security and Defence of the Nation than to any purely military behaviour,” said military historian Edgar Alejandro Lugo speaking to the press.

One of the best-known examples of this sub-contracted war in the last year occurred in the state of Apure, which borders the neighbouring country to the south and was the scene of the most violent confrontations between the National Bolivarian Armed Forces of Venezuela and irregular forces.

According to the researcher, the US military bases installed in New Granadan territory, the partnership established between Colombia and the North Atlantic Treaty Organisation in 2018 and the arrival of the US army’s Security Force Assistance Brigade give an indication of the strategic planning designed to control Venezuela.

The paramilitary forces, he says, are trying to increase their strength along the Zulia-Tachira-Apure axis because that area, in the Pentagon’s plans, is an attack route to achieve defined operational objectives, both in the scenario of a conventional war and in that of an irregular war. 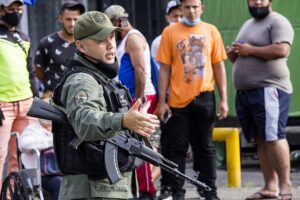 While armed conflicts continue on the border, in the country’s interior criminal gangs are responsible for attacks against the security forces.

The state of Aragua has been the most recent scene of these violent actions, for which the United States, Colombia and European countries were blamed by Venezuela’s Sector Vice President for Citizen Security and Peace, Remigio Ceballos.

In recent declarations, the senior official said that these governments are responsible for arming criminal groups to validate the theory of the fragile state.

In such circumstances, in the middle of a scenario of unconventional warfare, the intensification of Washington’s unilateral coercive measures, condemning Venezuela for strengthening its borders and consolidating its national defence strategy is, at the very least, an act of hypocrisy. (PL)