The smart perimeter fence between the Dominican Republic and Haiti could hinder relations between the two nations. 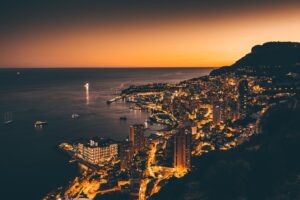 The fence seeks to control and limit immigration and licit and illicit commercial activities between the two nations. And its completion by the second half of this year was recently announced by the president of the Dominican Republic, Luis Abinader.

According to the president, a regulated border is more secure, especially given the serious situation in Haiti, “which has brought destabilisation and a galloping economic and fo od crisis, which must be overcome by the Haitians, assisted by the international community”. Prior to Abinader’s announcement, 23 kilometres of the border fence had been built. According to plans, the first part, which will be ready in nine months, will consist of 54 kilometres with 19 towers, 10 access gates and 54 patrol roads.

The land border between Haiti and the Dominican Republic is 391.6 kilometres long and runs along various geographical features (172 kilometres in rivers and streams alone), but the fence as such will be 160 kilometres long, with some 170 surveillance and control towers and 71 access gates. 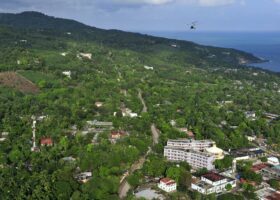 However, the renowned journalist Claudio Acosta, has said in his opinion column that the work will be of little use because it will fall into the hands of corruption and will maintain the traffic of illegals and merchandise.

In his opinion, the initiative, although it boosted the president’s approval ratings, is not widely supported, and many agree that it will not be enough to solve the problem of the Haitian exodus.

It says that immigration “always finds a way to slip through the porosities of a long and abrupt border, which is a business for those who guard it in the name of defending and preserving our sovereignty and territorial integrity”. Nor will the fence prevent the illegal entry of all kinds of goods, including weapons and drugs, as the traffickers always manage to make themselves invisible.

And he predicted that what border lawmakers have warned about will happen: the construction of the fence will make the services offered by the mafias on both sides of the border, which direct the trafficking of illegals, more expensive.

The project has caused discontent among those who do not support it. Political and social movements consider it out of place and out of step with the times, as well as a disgrace because it separates human beings. 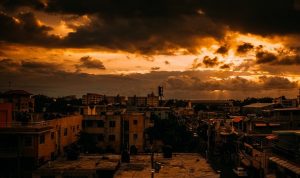 In a statement, a large group of progressive forces rejected the wall, “because we cannot allow a Gaza in the Caribbean, these are palpable examples of hateful and unacceptable actions of imperialist and expansionist nations”.

The signatories point out that they want “Dominicans to believe that our social and economic problems are generated by Haiti, and the problems of the border will be solved by building that division”.

But the real problems have their basis “in the foundation of the unequal and prevailing capitalist system that fills the pockets of the oligarchy, the business community and the transnationals who carry our wealth”.

And they argue that the play is a concession by the government to the so-called “nationalist groups” and their racist and xenophobic claims.

Opponents of the fence believe that instead of such a construction, the right thing to do is to cultivate relations of equality, cooperation and solidarity for the common solution of problems. (PL)