Bloodaxe Books has done more for appreciating poetry than any other publisher and it all started, back in 2002, with “Staying human: new poems for staying alive”. 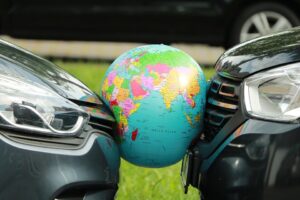 This anthology was hugely and deservedly popular and two years later “Being alive“ came out, followed in 2011 by “Being human”. A trilogy had been born but now, with “Staying Human: new poems for staying alive”, it has become a tetralogy.

Poetry written by our contempories can sometimes be so puzzling that the poets do not come across as contempories at all.

The London Review of Books, each issue of which includes some modern poetry, often has poems with lines that could be cryptic clues in some fiendishly devised crossword.

Not always though: a recent issue contained On The Last Day by Jorrie Graham, a poem that is not instantly transparent in meaning but one that richly rewards repeated readings and ponderings.

What is remarkable about Bloodaxe Books’ tetralogy is the way the overwhelming majority of the poems are able to communicate with readers without feeling the need to be unnecessarily complicated or opaque.

“Staying human” is an anthology that covers a wide range of personal experiences -life’s little and big moments such as birth, family, love, relationships, aging, loss and bereavement- as well as public concerns like time, nature and ecological collapse.

All human life is here and there is a section (“Ten zillion things”) that takes as its title a phrase from Matthew Dickman’s “The world is too huge to grasp”.

Dickman contemplates the sheer multiplicities of earthly existence and how “nature is having another party / and we’re not invited”.

The image looks forward to the book’s final section (“The future?”) which includes t en poems about the current coronavirus pandemic. Hands is about the weekly national applause for NHS workers: “Neighbours giving thanks / all those anonymous hands / holding onto life for us.”

“Here I am, I do my bit” is the title and first line of a four-line poem by Patrizia Cavalli. Her second line is an admission of uncertainty about what exactly doing her ‘bit’ involves. If she did know, she says, she could “at least let go of it / and free of it be free of being me.” 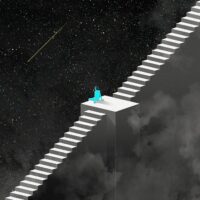 The lines deftly tie up the reader in the knot of being human, trying to make sense of meaninglessness, but, as Tom Leonard puts it in his “Being a human being”, as “a citizen of the world” he is “responsible to that world / – and responsible for that world”.

There are hundreds of poems in “Staying human” and opening the book at random and reading one or two poems is almost bound to draw you in and turn the pages hoping to find another poem just as good. It will be.