It is a bit of a truism to say that good science fiction offers more insight into our present state than some future, imaginary one. 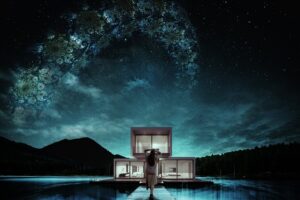 The claim can be put to the test when reading “A desolation called peace”, a tale as intriguing as its author, Arkady Martine, whose Ph.D.’s dissertation was titled “Imagining Pre-Modern Empire: Byzantine Imperial Agents Outside the Metropole”.

She researched relations between Byzantium and Armenia during the eleventh century, “borderlands as trauma spaces, about history and memory as narrative repairs to a wounded sense of the world” as she puts it, and her two novels are speculative fictions exploring similar concerns.

Martine’s first novel, “A memory called empire” (2019), provides the background to “A desolation called peace”. Its futuristic setting has the Teixcalaanli empire setting its sights on a small mining station, Lsel, whose ambassador manages to avoid imperial absorption by diverting the empire’s attention to deal with the threat of an alien invasion.

The story is written with imaginative flair, combining spy-thriller double crosses with geeky sci-fi, and won for its author a prestigious Hugo Award for Best Novel.

Fictionally, only a couple of months have passed when “A desolation called peace” takes up the narrative. Teixcalaanli has a new emperor but its power of is being sorely tested by eviscerating attacks by the terrifying aliens.

A desperate attempt at first contact is made and it involves the two main characters from the first novel: Mahit Dzmar, the Lsel ambassador, and Three Seagrass, a Teixcalaanli official in the Information Ministry.

Their fractious relationship, driven by romantic attraction and cultural difference, develops alongside their common purpose. Everything is complicated by feuding political factions in the empire and on Lsel.

Lsel is a small community which preserves its cultural identity with the aid of memory sticks of a person’s mind and memories that can be implanted in the brain stem of someone else who then blends with it neurologically.

The empire has no need for such a technology, maintaining hegemony through military power and cultural and social assumptions of superiority; anyone not a Teixcalaanli is a ‘barbarian’ and Three Seagrass cannot help but see Mahit as one.

As with any relationship between people from cultures and countries with opposing histories, there are frictions at play that work against personal affections.

Feelings are skewered with questions of conquest and resistance to political and cultural chauvinism, giving an emotional dimension to the military and political conflicts occasioned by the arrival of a non-human species seemingly intent on destruction. 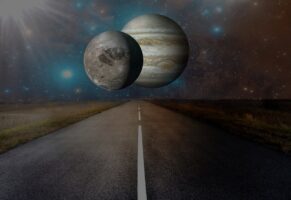 Issues of colonial conquest swirl around in both novels and Martine the historian uses her knowledge of Byzantine rule and experience of the contemporary American empire she inhabits. She has spoken of how ‘many, many people right now, who either choose or are forced into assimilation into a larger, more dominant and oppressive culture’ struggle to resist assimilation. Mahit is regarded with suspicion by the Heritage Ministry because her exposure to Teixcalaanli culture is seen as a threat to Lsel nationalism.

“A desolation called peace” by Arkady Martine is published by Pan Macmillan.