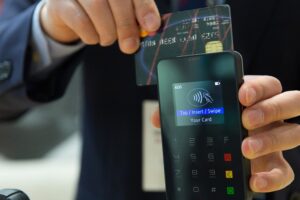 Anarchism was anti-capitalist by definition. In its early days, William Godwin proposed eliminating the state as it was in the grip of the interests of the dominant class. For Charles Fourier, the state defended the interests of capitalists and he sought a free and fair community life through “phalansteries”. Pierre-Joseph Proudhon denounced private property as a theft from society.

The shared thinking of Mikhail Bakunin, Piotr Kropotkin, Errico Malatesta and so many other founders of anarchism was directed, in essence, at the defence of liberty against all types of power. They dreamt of a society of equals and condemned the exploitation of the workers.

For this reason anarchism spread to several countries, gaining particular strength in Germany, Italy, France, Russia and especially in Spain, where it was one of the foundations of the republic until the end of the civil war (1939) and the establishment of Francoism ended its influence. 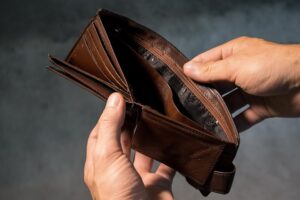 In the USA, the ringleaders of the Haymarket Affair in Chicago (1886) were anarchists who demanded the eight-hour working day. Its leaders were put on trial and several received the death sentence. The 1st May is celebrated internationally as Labour Day in remembrance of that struggle.

In Latin America, anarchism of European origin was cultivated from the beginning of the twentieth century.

Its followers joined the struggles of the workers. It became strong in Argentina (the Argentine Regional Workers’ Federation was created), Brazil, Chile, Cuba, Mexico (where the Flores Magon brothers were prominent), Uruguay and even Ecuador, where the Regional Federation of Workers of Ecuador (FTRE) led the strike that ended with the massacre of workers on 15th November 1922 in Guayaquil.

However, Latin American anarchism was weakened by the development of Marxist parties.

Contradicting this historical trajectory linked to the workers’ struggle for freedom from the yoke of capitalism, from the middle of the twentieth century thinkers began to emerge, distorting the original libertarian spirit and that of the movements that followed it, dedicated themselves to the task of making the “struggle” in favour of neoliberalism using supposedly anarchist ideas. 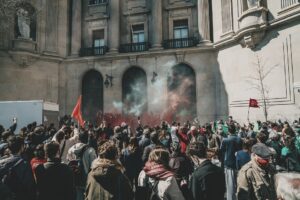 Their provenance included the Austrian school of economics, outstanding among whom was Friedrich von Hayek (1899-1992), contradictor of J. M. Keynes (1883-1946) and winner of the Nobel prize for economics in 1974, who was a staunch defender of economic liberalism, attacking socialism, planning and state interventionism in his early book “The Road to Serfdom” (1944), a mediocre work that identified nazism as a fruit of socialism – an unsustainable thesis questioned at the time by economists such as Franklin H. Knight.

It was not the only occasion as Keynes also criticised Hayek for his book “Prices and Production”, calling it “one of the most frightful muddles I have ever read”.

More recently there was the North American economist and historian Murray Rothbard (1926-1995), father of “anarcho-capitalism”, enemy of all state participation and absolute defender of the privatisation of public goods and services; while in Europe the German “paleolibertarian” Hans-Hermann Hoppe (1949) took centre stage.

“Libertarian Parties” were created in Europe and the USA as well. 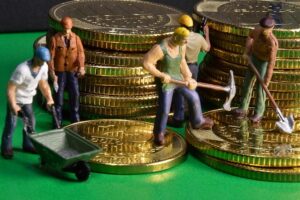 With regard to economics, “neoliberal libertarians” want to reduce the state to the minimum or make it disappear; they reject any type of “socialism”.

In addition, they aim to privatise all goods and services in state hands (including social security, medicine, education and even justice and defence); they defend an absolutely free market as well as private enterprise; they consider any type of taxation to be confiscatory and “theft” and -obviously- they maintain that private property is part of the free essence of human beings.

The currents of “anarchist-neoliberalism” are ontological anarchism, ‘propertarianism’, ‘neo-anarcho-individualism’, libertarianism or simply “libertarian”. The ideologies are not only economic but also political and even cultural, as in the case of the historical right-wing neo-hispanism (Spain’s Vox party is the prime mover and there is now an “International Right” that shares its vision) which wants to turn the conquistadors into “liberators” of peoples and the Latin American colonial era into an idyll of coexistence of a sui generis “hispanic supracommunity” of nations.

In Latin America “neoliberal libertarianism” and “anarcho-neoliberalism” used to be little known but they have started to gain adherents. 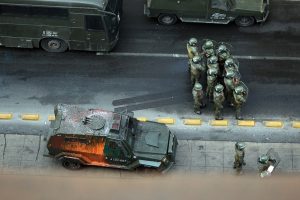 One of its leading lights at present is the Argentinian Javier Milei, a teacher and far-right parliamentarian, whose libertarianist eccentricities have spread quickly.

They seem to have reached Ecuador where economists and commentators rehearse the sharpening up of neoliberal radicalism, assuming that their struggle is oriented towards winning the deepest “individual liberty” on the basis of personal effort and the rejection of the “oppressor” state. (PL)