After the Russian takeover of the Crimea but before the invasion of Ukraine, the astute Perry Anderson described Zelensky’s state as “a client regime mentored by US proconsuls in Kiev”.

Neoliberalism has certainly been the order of Kiev’s day: privatization, de-regulation, de-unionization. Zelensky, as evidenced by his closing down of opposition media, is far from averse to Â anti-democratic measures.

None of this excuses what Russia is doing but it is part of the reason why the US is not an innocent bystander to what is happening.

The virtue-signalling that has become de rigueur in the West, spoon-fed daily by a supremely accommodating media, serves US foreign policy very nicely. This is bypassed by the discovery that we do, after all, have a duty of care for refugees (with white skin) and that it is all right for (non-Palestinians) to use petrol bombs against an army invading one’s land.

“Nestor Makhno” tells of a Ukrainian activist who, unlike Zelensky, can be admired. Makhno’s rural anarchist uprising in Ukraine emerged from the explosion of democratic aspirations triggered by Russia’s October Revolution 1917.

He would come to be portrayed as a troublesome bandit by the Bolsheviks but this came after he and socialist-minded Ukrainians played their part in defeating White armies threatening the Revolution.

Tens of thousands of Ukrainian peasants and workers supported his endeavours to realize anarchist ideals and the story of his life and struggles is well told by Colin Darch.

Sentenced to death by the Tsarist authorities in 1910 for his militancy -robbing State assets was his specialty- it was reduced to twenty years hard labour. Released after 1917, like many with anarchist convictions he fought alongside the Bolsheviks

The lamentable events that followed, when defeat of the White armies became more likely, saw revolutionaries fighting one another.

Makhno’s army was reduced to a few hundred fugitives and he was to spend the rest of his life in exile. The distortion of what he stood for was enshrined as official history.

His last years unfolded in Paris where he lived in a single room, suffering from malnourishment, a war wound and tuberculosis.

In the book’s epilogue, titled “The reframing of Makhno for the twenty-first century”, Makhno is seen being appropriated and domesticated. The town where he was born is requesting the return of his ashes from France, hoping to capitalize on a tourist potential: “He is our brand”, says a town leader.

What may be forgotten is Makhno’s achievement as the embodiment of mass anarchism in action, as worthy of attention as the anarchist movement in Spanish history. 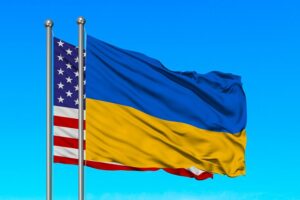 The danger is that he will be appropriated by ultra-nationalists, moulded and mythologized to take a place alongside Stepan Bandera, the Nazi collaborator so revered by sections of the public and the right wing in Ukraine.

An alignment of such different figures would be a travesty: Makhno’s politics were anarchist and communist; Bandera’s fascist and racist.

“Nestor Makhno and rural anarchsim in Ukraine, 1917-1921”, by Colin Darch, is published by Pluto Press.