Higui was 42 years old then. The men surrounded her. “I’m going to make you feel like a woman, you big dyke,” one of them told her. 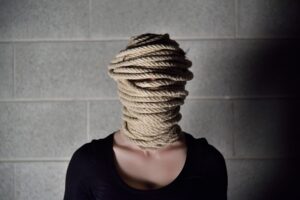 An Argentine court acquitted Eva Analia Higui de Jesús, a lesbian woman who in 2016 suffered an attempted gang rape by three men and, in defending herself, killed one of them.

The attack occurred in 2016, and since then LGTBIQ activists have mobilised to publicise her story as a case of lesbophobia, because the attackers, who already knew her and it was not the first time they had harassed her, warned her that she was “going to make her feel like a woman”.

In these five and a half years, the campaign for his acquittal was launched with a slogan repeated on banners, walls, T-shirts and social networks: “I would also defend myself like Higui”, reports RT.

The trial began on Tuesday and was due to end next week, but last night, in a surprise move, judges Gustavo Varvello, German Saint Martin and Julián Descalzo of the Oral Criminal Court Number 7 of San Martín handed down their decision and acquitted Higui in a trial in which the prosecution had requested his immediate arrest and a prison sentence of 10 years.

Shouts, applause and tears burst out at the doors of the court. And the smile on Higui’s face, who, with a sense of justice on her shoulders, expressed her gratitude for the support she has received from the organisations. 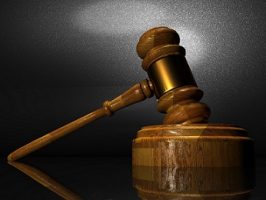 “I thank you for the strength, the love, the wisdom, the protection, the respect that only you gave me, thank you for the defence, thank you for not giving up”, she said in the middle of a collective celebration in which she also remembered Tehuel, a young transgender man who has been missing since 11 March last year, when he left for a work appointment and never returned.

Now an activist herself, she warned that the fight goes on.

“We are going to keep fighting. We are going to get the girls, the trans girls, the gay boys out of prison. Where is Tehuel? Justice for all, for the kids in the neighbourhood, for (the victims of) trigger happy”, she said. A triumph for HiguiChiqui Conder, Higui’s lawyer, warned that the acquittal is a victory for activism, not for the patriarchal justice system.

“They have to believe us when we report abuse. Nothing of what they did to Higui has been investigated here. The only thing the prosecutors do is criminalise Higui for being a woman, black, poor and a lesbian. The first thing the state does with Higui, who has suffered multiple forms of violence, is to lock her up and put her in prison. This speaks of an absent state”, she explained in an interview with Agencia Presentes.

The case began on 16 October 2016, when Higui, a football player in her neighbourhood since childhood and an outstanding goalkeeper, was walking through the neighbourhood of San Miguel, located in the province of Buenos Aires, and began to be harassed by three men. 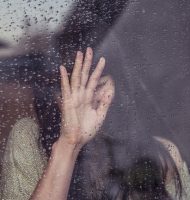 Higui was then 42 years old. The men surrounded her. “I’m going to make you feel like a woman, you big lesbian,” one of them told her. They knew her sexual orientation and it was not the first time she had been attacked for it.

They all threw her down, tore her clothes. They warned her that they were going to rape her. She managed to pull out a knife to defend herself. She plunged it into one of her assailants, Cristian Ruben Esposito, who died. The others escaped.

When the police arrived, Higui was still lying there, unconscious, beaten, her clothes in tatters. She was arrested and charged with simple homicide.

The lesbophobic attack and attempted rape were never investigated, but Higui did have to spend eight months in prison for the death of her attacker.

Thanks to the organisations that mobilised, she was released in June 2017. But she remained on trial until the second week of March, when she finally received the acquittal she had fought so hard for.