Let’s hope that Colombia does not have a Pinochet and that Biden does not have another Henry Kissinger to do the dirty work. The Colombian political system operates in the midst of an atmosphere of endemic violence and its institutions (in particular the ones related to parliament and justice) are discredited. It is difficult to guarantee democracy. 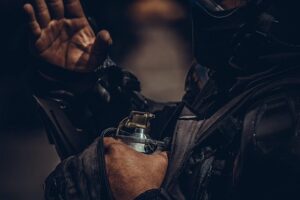 The recent parliamentary elections in Colombia were again marked by an abstention rate of over 50% of the electoral roll, something barely noted by the local press and scarcely addressed by the country’s social science.

Such abstention is by now a characteristic of the Colombian political system and has been recorded since the fifties of the last century.

Very few studies on the subject exist but everything points to this being due to the primitive nature of an electoral system that permits all kinds of manoeuvres for the purchase of votes and guarantees of massive frauds that favour the traditional parties’ so-called political “bosses”.

Colombia’s is a political system that operates in the midst of an atmosphere of endemic violence, especially in some regions, that spreads further each day in a country where the institutions (particularly the ones related to parliament and justice) are hugely discredited. All of which causes the mass disinterest in participating in the political system.

In addition to that is the enormous manipulation practiced by a mass news media that rather than fomenting a modern and democratic civic conscience, plays the role of sectarian agitator and spreader of lies and hoaxes to favour the right. 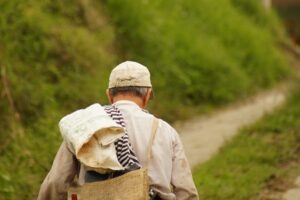 To all that, add the scarce or non-existent democratic control of the various organisations that should ensure the validity of the electoral process.

More than a democratic game, in this country there has always been a generational replacement of the dominant elites.

Or they also have direct links to known criminals in the spheres of corruption, drug trafficking and paramilitarism.

Another aspect is the matter of social class and racism, since a very high percentage are “whites” or people who come from groups that control the fundamentals of the national wealth.

That a black woman of humble origin like Francia Marquez obtained in the last elections more votes than several of the traditional political leaders was almost scandalous for many in this racist and excluding country.

Nor is it commonplace that a politician outside the traditional elites, Gustavo Petro, has obtained the biggest number of votes of all the candidates and is looking like a possible winner of the presidential election next May. 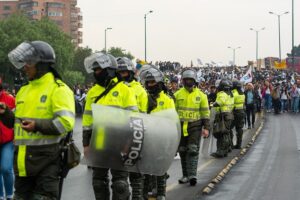 This will happen if no incident typical of democratic Colombia prevents it: mass fraud in the counting of votes giving an advantage to the system’s candidate, all sorts of violence to intimidate and suffocate the very probable general protest from the popular sectors, massive disinformation and manipulation campaigns, illegal use of current legislation to sabotage an election result that is undesirable for the elite.

Or also some sort of coup d’etat, as the leader of the hardest right, the former president Uribe Velez, has already requested, or an assassination, which is also not alien to the traditions of this Andean country. There are, however, other factors that introduce changes to this country’s political scene. It is not just the electoral result, very positive for the political and social forces that promote Petro’s candidacy, but some variations that are observed – that way there is no change to the basic panorama where the forces of the right (political and social) have a majority in the state institutions and keep the mechanisms of real power intact (including in the new parliament).

Indeed, new forces have arisen on the moderate right with parties different to the traditional ones but which share their support of the neoliberal model in place, the nature of the social order and the type of international relations of the country. There are nuances that might make it possible to form alliances on specific points with the forces of change when the balance of power makes it advisable in an exercise of political realism (with all the risks that this involves).

But at the same time there remain on the scene politicians whose social (and above all economic) bases show clear links to illegal activities (generally drug trafficking) or are a direct expression of the criminal side of paramilitarism.

All of them are far from being isolated or small-scale phenomena as in fact they have a very specific social base that will have to be managed by a possible new government of the left, however moderate it turns out to be.

Despite everything, the candidate Petro’s chances are good, even of winning the presidency in the first round.

Everything depends on how the electoral campaign develops in the weeks that remain until May. The Historic Pact (his electoral platform) would have to be broadened to include other political and social forces whose programmes are compatible with some of the Historic Pact’s proposals.

The left seeking rappprochememt with the social bases of some traditional parties (like the Liberal party) who have progressive sympathies cannot be ruled out, especially in the regions.

Dialogues, open or discreet, with the country’s big centres of economic power and with Western powers will probably not go beyond inevitable contacts that, if they happen, would only show that the big bourgeoisie, national and international, regards as a fact the very possible election to the presidency of a candidate of the left.

If Petro wins, he will probably not be able to make large-scale reforms given the current balance of power; more or less the same thing will happen to him as to Boric in Chile. But the hope is that there is progress towards an effective democracy and that a promising horizon opens up for bigger changes.