Two books -“Crashed” (2018) and “The Passage to Europe” (2013)- by Adam Tooze and Luuk van Middelaar have been justly celebrated for their respective studies of the global economic crash of 2008 and the complexion of EU integration.

Perry Anderson is fulsome in his praise of the authors for the scale of their achievements but in each case he sees an elephant in the room and this provides the animus for his own book “Ever closer Union? Europe in the West”.

While prescient in blaming the US for the descent of Ukraine into civil war and the Russian takeover of Crimea -essential background to the current crisis- and caustic in detailing Obama’s failure to improve the economic lot of Americans -precipitating Trump’s electoral victory- Tooze is seen as unable to lay bare a structural explanation for capitalism’s faultlines.

Anderson looks to the insights of Cedric Durand, whose posts for New Left Review’s Sidecar are invariably worth reading, and his emphasis on what distinguishes the nature of financial markets.

Their rationale is purely speculative, counter-intuitive (rising prices increases demand and falling prices accelerate price collapse) and the players know that central banks will intervene to save the system.

Tooze’s unwavering liberalism is accompanied by laudable social sensibilities but it becomes a form of running with the hare and hunting with the hounds: “indignant sympathy for the hare, awed admiration for the hounds”.

As a study of the EU, van Middelaar’s study is also a tour de force but Anderson drives home unpalatable truths for defenders of the Union. The European Parliament is “a court musician to the power s of the Union, windy cavern of words”.

It is largely a ceremonial affair, with no rights to initiate legislation, levy taxes or determine foreign policy. Its committees when conferring with the Council to schedule legislation, are not open to the public.

The EU has the appearance of a democracy but behind it “oligarchic coteries are comfortably entrenched”.

Real power lies with the Council which meets behind closed doors and issues no minutes. Similarly, the European Court of Justice hides its proceedings from public scrutiny (as were the backgrounds in German and Italian fascism of some of its founding judges). Anderson’s account robs van Middelaar’s study of the triumphalism it celebrates: curtailing roaming charges and travel without passports in the Schengen zone are just the dressing on a very unsavoury cake. 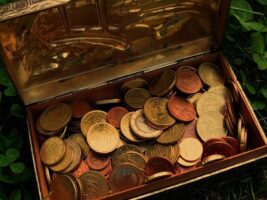 The portion of its budget dispensed to poorer members is laudable but its Common Agricultural Policy, accounting for 40% of spending, is largely distributed to the richest farmers. The European Pillar of Social Rights is “largely a dead letter” and citizens are interpellated by the EU more as consumers than political subjects.

Anderson’s conclusions are uncertain because the EU’s development has been governed by external forces, principally the US. A federalist superstate looks unlikely but the momentum for closer union is undiminished. Geopolitics, not citizens, will determine the future.

“Ever closer Union? Europe in the West”, by Perry Anderson, is published by Verso Books.