In the early hours of 31 March, The Prisma’s longest running columnist passed away. A death on which he reflected intimately and publicly, as on the illness that took him away. So much value, so much love, so much shared commitment. The Prisma has died a little with Steve’s loss. 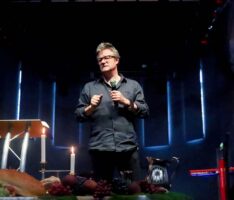 Until September of last year everything seemed to be going well. Steve had had a minor operation some weeks before, and one or two ups and downs of his state of health, but nothing that suggested anything grave or incurable.

On the 21st of that month he sent me several columns together because he was not sure when he would be able to send another.

A few days later, on the 30th, he said that in the column he was going to send me, I would know exactly the type of health problem that he had. “I hope it would be helpful for people”, he told me. The title: “The uncontrollability of life”, in which he told how he had been diagnosed with cerebral cancer. “Clearly, I have just crossed through the mirror, into the territory of the uncontrolled”, he explained.

He wrote that column from his hospital bed, where the notice that he could die had been brought to him. “It’s not perhaps the most expected setting for spiritual renewal. But, certainly for me, this is not an inappropriate setting to meditate monastically on the meaning of my mortality”.

Those words were the beginning of a series of reflections and readings, fundamentally spiritual which brought out uncertainty, fear, hope and investigation. On his Youtube channel, he dedicated some minutes to friends and believers (because, although many people do not know this, Steve was a pastor of a church in Kings Cross, London) and his spiritual reflections followed an updating of the progress of his illness, how he was feeling, and the fundamental role that his wife Sue and their children Joanna and Michael had during these moments. 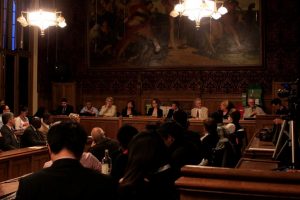 The news that he was ill affected me a lot, because Steve was not just a columnist, who each week sent his contribution and even several in advance, but also someone through whom I experienced some interesting times.

It was through him and with him that I visited the Anarchist Book Fair in London, heard Richard Dawkins speak for the first time, and visited a theological university for the first time, in which Steve was a lecturer. I regret that I do not recall its name. And, when The Prisma organized a debate in the House of Commons with the title “Multiculturalism in the UK: has it any future?”, and faced with the possibility that the moderator could not get there, he offered to step in with just 30 minutes before we needed to leave to get to the parliament. He put on a suit (something he never did) and there he sat at the front, co-moderating the debate (the other moderator had by then managed to arrive) and looking quite happy. This was the first event of such importance, but his magnificent oratorical talent helped.

I met Steve some months before he joined The Prisma. I knew that he wrote and had profound deep intellectual inquisitiveness, although he was too modest to risk stating a new theory on some particular topic, even if he had one.

The city was one of the topics that he was most passionate about. He had written extensively on this topic, and it was fascinating to read his ponderings and proposals. 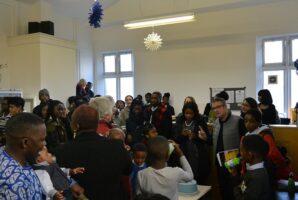 One day in the course of an informal conversation we agreed that he would write for The Prisma. That was in 2012 and he became the first regular official The Prisma columnist.

His life was governed by a profound religious vocation (he was a passionate Christian believer, but not a fanatic who wanted to convert anyone at any cost), his faith was strong, he gave classes in theology and in recent years he became something he had wanted, to be: a pastor in a multicultural church.

But this spiritual and religious side of him was little known in The Prisma. He was always very respectful of the beliefs of others and knew that The Prisma did not promote any particular religion, so he did not write about his beliefs.

This gave him a lot of freedom in his other writings, which sometimes were very controversial, and allowed a glimpse of his unique personality: a mixture of conservative and left-wing rebel, a rebel who could go on a march but without shouting slogans, someone who respected modernist thinking but was prudent in his personal life, a passionate reader who enjoyed buying and reading more and more books, but felt insecure about publishing one of his own. A book about the city, which I hope can one day be published.

I say this because writing for him was a pleasure, as much as talking with people, and he liked to do it on many subjects. One of the topics he had most written about lately in The Prisma was Covid, so much so that he referred to himself as ‘The Covid Correspondent’. 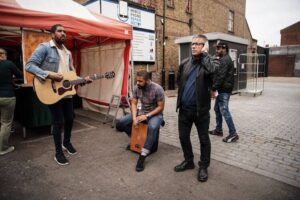 I had the opportunity to share good times closely with him and his wife, and I saw the affection and kindness that he brought out in others. People met him, listened to him and wanted to go back. He was very good with words and arguments, his shyness remaining hidden when he was in front of an audience.

I think it was due to him being really a supportive person, he was very English, but not typical when it came to different cultures, then he was open to them and wanted to know and learn.

Perhaps because of this respect for multiculturalism, diversity, the rights of people, he fitted perfectly into The Prisma.

So, remembering fragments of who was Steve, it is impossible not to feel pain over and above the nostalgia. It would be surprising if we did not, there is no way not to. Life has left us once again. Now it is his wife, Sue and his children Joanna and Michael who must carry the pain of his absence. We offer them our solidarity our embrace for being part of someone who was part of The Prisma.