His compositions have a splash of Changui, Nengon and Kiriba, musical genres originating on the island of Cuba. He made the most of the heritage that runs through his veins to create his own style, connect with his space and identity, know and explain the why, where, when, how and what of music. 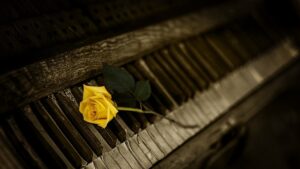 Ernesto Oliva was born on the island of pain, Guantanamo, he is 34 years old and when he was seven he started learning the piano. Now he is a pianist, composer and arranger who has performed his works in London, at the National Theatre of Cuba and in front of his pupils.

He is a perfectionist and a scholar. He masters the difference between baroque liturgical melodies and the thrilling style of the nineteenth century at the height of the romanticism movement. To reach a level of excellence in the execution of a new piece, he follows and reconstructs the artistic process that Cuban music demands.

He thinks that “works have to be studied. Each one has its artistic vision and allows you to see beyond the musical score. If it is Cuban music, the student must know if it is a dance genre and delve into other details, for example, how to dance to it.”

He adds that “once you know the essence of the music you can perform it better and a communicative process between the body and the brain takes place that makes you master the moment and achieve your goals in class, performance and / or composition.”

Oliva knows what he wants. For the production of his first album, entitled “My village”, he assembled young Cuban talents and went to the city of his birth to record in person the sound of cockerels crowing, the hubbub of a crowd, the flow of the river, the true sound of the Guaso river. 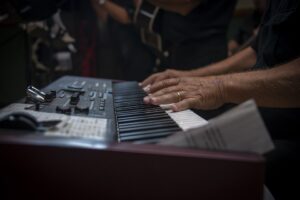 The result? A “refined chamber work, with great fluidity and organicity in its interpretations”, according to specialists.

Ernesto Oliva spoke to Prensa Latina in an exclusive interview at the University of Arts of Cuba (ISA), where he arrived as a very young man.

“The ISA can’t come for you, you have to live the ISA,” an educator told him at the time, and he took him to the place where he is now convinced that, if not all, then a good part of wisdom can be found: the library.

While he is there, Oliva makes the most of every corner, every bit of knowledge and teaching from the people around him.

His works are a fusion of the indigenous and contemporary currents, with refined skill and, although in his classes he has to use a methodology pre-designed by the education system, he tries also to be creative, experiment and go beyond the dogmas.

Many of the pieces performed are technically difficult as part of the exercise, but there are works of a free nature that maintain a relationship with the world’s popular genres and therefore are dances and are linked to musical expression.

Future artists should, he feels, face the same demands as the ones he has taken on.

He clearly enjoys being a teacher and thinks that in that role constant intellectual growth is essential along with the ability to diagnose and treat students’ difficulties because in pedagogy one mistake can kill an entire generation. 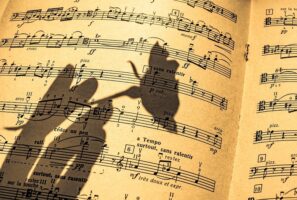 Oliva believes that difficulties can, in many cases, show the best of human beings and, in artistic teaching, they enable strategies to be drawn to find and nurture style as a person, creator, teacher and friend.

The pianist invites his students to recording sessions so they can enjoy and observe the responsibility of being part of or leading a group of colleagues, respecting the chargeable time of the record producers, the teaching commitments and, above all, the effort that goes into getting a good result.

He values teamwork and shares each of his experiences with the dance and music students: the agreement with choreographers, the interaction with producers, the importance of listening and of being part of someone else’s dreams and imagination.

Humility and a willingness to help others are perhaps his keys to opening doors and embracing the personal utopias that came as reward for his commitment, respect and dedication. (PL)