No sooner than Boris Johnson tried to look statesmanlike, it all fell apart. Some prime ministers get to retreat from national issues by bursting onto the world stage. He wanted to be world king as a child. It turns out he’s King Midas but instead of turning everything to gold, he turns everything he touches to shite.

He can’t help being him; he is useless. Only a Boris Johnson government could welcome Ukrainian refugees with open arms by creating a system incredibly hard for people to access.

Only a Johnson government would address what the politicians are calling the “cost of living crisis” by making things more expensive with tax rises and forced loans for energy payments.

Only a Johnson government could do two U-turns in the same day on the same issue with the result that conversion therapies will be banned for some but not others. Johnson can’t retreat anywhere when the going gets tough because it’s mainly tough for him because he is him. He will only make matters worse in any given crisis.

Prime ministers don’t tend to change their style in their term of office. They tend to stubbornly remain the same. His MPs might have expected his administration to suddenly be more effective when Dominic Cummings went as his special advisor at the end of 2020 but things actually got worse.

Despite Cummings being gobshite with ludicrous opinions regarding his own abilities, it looks like he was helping to make Johnson look less shambolic than he really was. A new broom and fresh faces didn’t make things better. They couldn’t. The running of Downing Street is always ultimately determined by the prime minister.

So the shambles will continue. Party-gate is back in the news, with the police fining many people nobody knows or cares about. 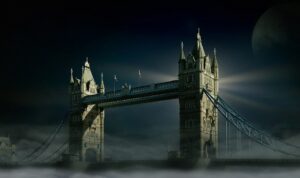 The Conservative Party might be relieved but let’s bear in mind that even if Johnson hasn’t been fined yet or even if he’s never fined, it all still happened on his watch, with him in charge.

The voters seem to remain unimpressed and we will find out the extent of their displeasure on May 6th when the results of local elections start to emerge.

There are elections in all four nations of the UK. It should give us a clear picture of the mood of the country as a whole. In Northern Ireland, it is possible that Sinn Fein could become the largest party for the first time in the devolved assembly. Sinn Fein are clear that they will press for a referendum on Irish reunification if they get the opportunity.

Meanwhile, support for Scottish independence is finely balanced, with the SNP ready to request a second referendum on that issue. Johnson could yet be the prime minister who loses the union.

One word of caution over these elections. Elections can act as a safety valve. We get to have our say. They can dull the anger people have and they can therefore provide time for politicians to frame things positively for themselves. If Labour do well with their “On Your Side” message, many will allow that campaign to absorb their anger. It gives the impression that hope is coming, in a general election sometime between now at 2024.

Elections keep us in our place and politicians in theirs. There have been suggestions that Johnson could even be forced to resign should the Tories do as badly as expected. 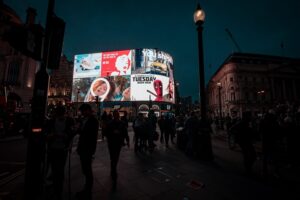 I can’t imagine local elections forcing a prime minister from office. I can only imagine them allowing his supporters to frame things in his favour.

They will point out that a government in its fourth term of office wouldn’t expect to do well.

It is possible that some of his MPs will have had enough of their leader but it would be astonishing to see a prime minister effectively kicked out of office for local election results.

I’m not keen on the phrase ‘cost of living crisis’. Most of us just find things heading in a tougher direction than normal. Always tough, just tougher right now. For some, it is a desperate situation.

The ‘money-saving expert’, Martin Lewis has been quoted as saying that if the government does not do more to ease the situation there will be civil unrest. Well, I suspect he doesn’t want that but it is where extreme poverty leads us. Johnson calls his government a one-nation government. Despite that, his chancellor, Rishi Sunak, did everything he could to avoid actually dealing with the issues in his spring statement in March.

Civil unrest over poverty is a feature of the capitalist system. It erupts every decade or so and then it dies down again and hardly anything changes.

It seems to be a part of the cyclical nature of boom and bust. If it were easy for anarchists to tap into the feelings of despair and either help with mutual aid or politicise such moments, then previous generations of anarchists would have succeeded already. 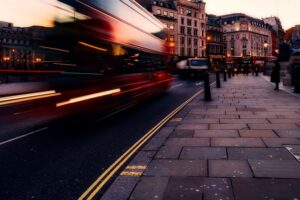 The best we can do is build non-hierarchical, overlapping movements for when such times come, hope to make them explicitly political and urge radical, permanent change.

Such moments will come. They are unpredictable but they will happen. King Johnson as prime minister just adds to the potential. He’s a screw up waiting to happen. If we add his inability to handle any sort of crisis effectively with the inequality and poverty issues we now see emerging, this could be a spectacular few months.