What started as a crisis in two Russian-speaking Ukrainian provinces now has global implications. US influence is diminishing as new power blocs emerge, and sanctions against Russia are not followed by many countries. New economic and political interests are creating history in the Arab world and on every continent.

The Ukrainian war is changing European history as well as global political relations. All wars have unintended consequences, which may include resolving injustices that have been ‘stable’ for decades and creating new ones.

The soft power of the West is diminishing.

The Prisma spoke to Professor Catia Miriam Costa from the International Studies Centre in Lisbon about the shocks provoked by the Russian invasion of Ukraine, and how even countries as far away as Latin America are now carefully readjusting their policies. She believes that the US will continue to be the global super-power for some time yet, but it has to deal with regional power blocs that did not exist even 20 years ago, and the Cold War polarity between Capitalist and Communist countries is obsolete.

For the moment, the crisis has brought European countries together, but they do not have a regional security policy. They are still dependent on Russia for gas, and sanctions are not in the interests of many countries in Africa or Asia. The rich countries of the Arab world will profit from the transition to clean energy, but in many North African countries poverty and inequality may be worsened by the loss of Ukrainian cereal exports.

Is the EU being torn between Russia and the US?

Yes, the EU countries have been following the policies of the US, but they need to develop their own security policy now. The Ukrainian war affects public opinion more, because although Syria and Libya are on the Mediterranean, they don’t share a border with EU countries. The Ukrainian war was not a surprise: the confrontational relations between Russia and the US had already increased after the Maidan Revolution in 2014. They need the EU as a source of stability between them, but they don’t want it to be strong enough to act independently. The war has brought EU countries closer, including their need to diversify energy supplies. And how independent is the UK after Brexit? It follows the security policy it had before with the EU and US, and Commonwealth countries cannot replace the EU as its biggest market. This does not encourage EU members with weaker economies to leave.

Are there lessons from the treaty of Versailles about what happens to Europe when punitive sanctions are imposed on one state?

The world now is multi-polar, and Russia is not being sanctioned globally. I see three risks. First, that the Russian people will feel that the sanctions are aimed at them, because sanctions always hurt the poorest people while the oligarchs and the rich find ways to protect their wealth. 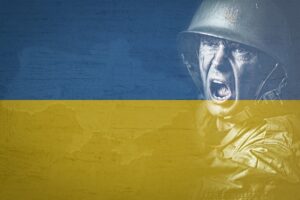 This may lead to a loss of interest in dialogue with the EU and US.

Secondly, Russia has always been important for Europe, due to its position between them and Asia. If Russia loses its territorial integrity through this conflict, it may produce instability on the borders of Europe.

The Russian population is not majority European, but its elites have always been intellectually and culturally close to Europe, so they may become more dominated by cultural currents from the east. Putin does not guarantee stability, and there are many groups in Russia opposing the war, but there is general public fear in Russia about what is really happening in Ukraine. And there are Russian minorities in many countries who feel persecuted because of the sanctions – another unintended consequence to think about.

You mentioned Russian desire for secure access to the Azov and Black seas. Could this be assured by a resurgence of the Intermarium project of a non-aligned group of states from the Baltic to the Black Sea?

During the Iraq War the US praised the ‘New Europe’ of states like Poland and the Czech Republic, contrasted to the ‘Old Europe’ of the Paris-Berlin axis. Do these views still influence US policy?

I was in the preparatory conference for the Summit of Democracy in 2021, in Vilnius, and there seemed to be a deeper US understanding of the Baltic states, than of Russia, so this is a major reason for Russia to be more assertive now.

They saw the US attitude as a threat to their area of influence: they can accept Ukraine joining the EU but not NATO.

The ‘New Europe’ was a way to portray France and Germany as the weaker countries, and I think the US has not changed this view.

The United Sates had a grandiose Project for the New American Century. Has that changed?

Yes, there is a commercial and technological war with China now, and after the US decided to ’tilt’ towards the Indo-Pacific region their influence in central Asia has been taken by regional powers. The US may remain a super-power for another decade, but already China has more influence in Central Asia than it does in S.E. Asia. Many African and Latin American countries are not aligned with the US on Ukraine.

It’s interesting that President Boric in Chile, although now following Allende’s policies, also condemned the Russian invasion of Ukraine, because Chile knows that Allende’s non-aligned policies led to the US backing the coup in 1973. 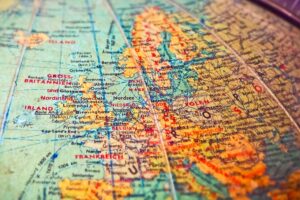 Chile, Brazil and Argentina are very far from Ukraine, but the historical background and their other interests govern their foreign policies. South Africa and India are also reluctant to criticize Russia despite being pressured by the US and the EU or UK.

The Arab peoples in both rich and poor countries have lived under authoritarian regimes for a long time due to the US wish to control global energy supplies. Could the current crisis, impacting Ukrainian cereal supplies provoke another Arab Spring?

It will have an impact, but the Arab countries are viewed as partners now. Gas is supposed to be the transitional clean energy for the 21st Century, and Qatar and Russia are the biggest suppliers. But the desert countries also have abundant solar energy, so they can continue supplying clean energy, because their own needs are much less than the industrialized countries. And now they can choose their trading partners.

I was surprised when I was receiving data from a defence conference in Russia, to see that the panel had representatives from Qatar, Iran, Saudi Arabia and the Emirati States, because this means that they each have their own foreign policies: they can go to defence conferences in the US, choose how or whether they want to be aligned with other powers. 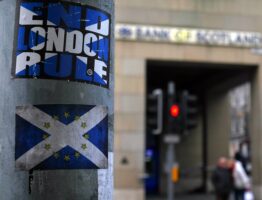 These countries – apart from Iran – have strong governments and are adopting Western ways to be part of international business, while retaining their traditional culture. At a conference in Riyadh, I didn’t have to wear the Jelaba, but if I went to the hotel restaurant in western clothes people stared at me. The shift is very slow in human rights; these governments may be hoping that if people have comfortable lives, they will not demand political change.

I met women who had studied at universities in the US, Germany, UK but when they returned to Saudi Arabia they dressed and behaved like Saudi women, their education hasn’t made much difference. In Morocco women can dress as they please and are not confined to the home, but the political power is concentrated in the king, and there is huge inequality in the country.

Many North-African countries are in very fragile situations, either through war as in Syria and Libya or economic problems like Tunisia, and the Ukraine war can make this worse. We assume that our view of human rights is universal, but other cultures don’t see them in the same way, the soft power of the West is weakening because we are less admired now.