It was 2011 and the author of this article met Hugo and Frankie and their friendly dog in a pub on the edge of Victoria Park in Hackney, to talk about a decade they had spent organizing Afro-Latin parties in London and collecting music in tropical latitudes. 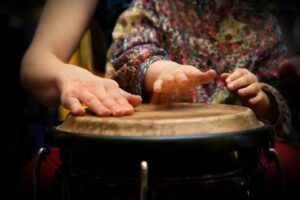 As they described it they have been through a continuing musical education, which led them from a love of the English Dance and House music scene in the ’90’s, through noticing occasional Latin tracks which they and their audiences liked, to entering a new world of Latin and Afro-Latin music.

Exploring the music of some African countries, especially Nigeria, the two Congos and Angola, they soon realised the continuity of rhythms, which have bounced back and forth across the south Atlantic since the days of slavery, often following political changes like the long Cuban involvement in the Angolan liberation war. In the era of World Music (a term they object to) the cross-fertilization has become intentional, with the likes of Manu Dibango and Ali Farka Toure making joint tours on both continents.

Their biggest inspiration from the travels of the music and their collecting expeditions is that dance music makes people feel included, “it may not be easy listening” says Hugo, “but it’s easy dancing : so dance to it”.

Tropical: what does it mean to you?

Take a Highlife and a Calypso record and put them next to each other and with a change in the intonation the rhythms are connected, because they came from the same place originally, or Rumba from the Congo and a Cuban rhythm. You get the same response to all these styles of music when you play them. 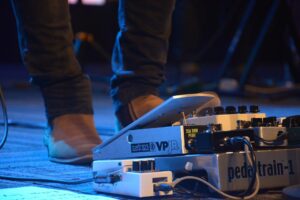 You began with Funk dance parties in London?

Hugo: the Funk, Rare-Groove, Soul thing is a part of English clubbing culture, it’s a standard musical education that we went through and we still love it, but then you discover certain Latin tracks that were played there, and then as soon as you start to look deeper into Latin music you discover a new world.

Someone emailed during a party once, and said she was by herself and couldn’t get there till 3AM, would it be safe. She turned up on her bike after a bar job, and danced like a maniac until 7, and emailed later saying it was a great party, and she wasn’t hassled by any bloke. It’s about dancing and having a nice time, that’s why we get more females because it isn’t threatening.

You like older music, is that because it is less electronic?

Frankie: I got back from Kenya recently after playing at The Rift Valley Festival, and it was interesting seeing some of the bands had downsized their production, to one Yamaha keyboard, but still trying to get that big band sound. The looseness of percussion on top of an 808 beat, then live guitar, bass, vocals, backing, but the heart of it had been replaced by a cheesy low-fi sound. But the longer I stayed the more I tuned my ear to it.

Colombia had one of the largest vinyl manufacturing industries in South America, now it doesn’t have a single one. The presses have all been turned over to making shoes. 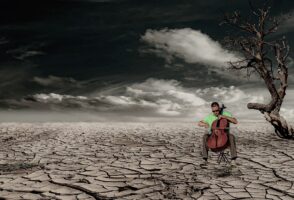 But I did a talk on vinyl manufacturing at the British Council while I was there, and it seemed that a huge number of people really wanted to bring it back.

There are lots of records that people see in shops and have no idea what’s on them because they don’t own a record player. Bogota is pretty affluent, and Medellin is poorer but it has a middle class and a lot of people were interested in exploring their past. It seemed ironic to have a guy from London to help them do that.

Congotronics is low-fi but it is original?

What is interesting about them is that the production of those Congotronics albums was bankrolled by Europeans. That album Konono No.1, is much more interesting than the legions of Fela Kuti copycat bands. Congotronics is completely original, and it opens up possibilities for all kinds of music, but it did take a Belgian person to be there, and why not, that’s the way the world moves.

Frente Cumbiero is very interesting and progressive, and they’re referencing a lot of retro stuff but they’re not just doing old Cumbias, and that is been picked up on by labels in Europe.

What about your collecting trips?

Frankie: One of the fascinating things about record collecting that people have tastes that you’d least expect. 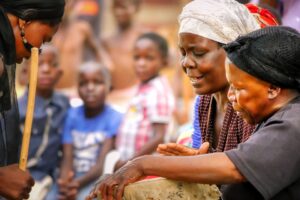 There is a huge scene in Belem, Brazil for Cadence music, but only certain titles, and a very ordinary 1 euro record in France could go for 50E there. They heard it on the radio from French Guyana just across the border.

In Barranquilla in Colombia there is a huge scene for Soukous. It isn’t for the ears of a London crowd, or even a Paris crowd, but there they will kill for that kind of early ’80’s Congolese music.

But if you took the same sound to Cali, which is the Salsa capital of Colombia, it wouldn’t work. The music they listen to is very different from what we assume, Cumbia is very fashionable here, but not in Colombia, it’s been around for a long time, and Colombia is a Salsa country. In Cali, young people will go out to a street bar, and dance all night. It is a completely different education in dance. You don’t have to know someone’s name, or talk to them, you just ask them to dance, and then you might never speak to them again. There’s a real poetry in that.

There was a story about sliding down a hillside with a rare 45 in your mouth!

Hugo: This guy in Dominica had inherited a lot of records he didn’t want. I’d put an ad in a paper saying “records wanted, phone Mr. Mendez”, and the guy asked me to meet him at a petrol station in a suburb of Roseau, which is not the nicest part of town, plus he sounded too young to be a collector. 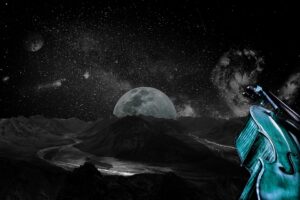 He lived on a steep hill, and when we got to the top there was a 17 yr old guy wearing a surprising amount of gold jewellery, and smoking a joint the size of a baby’s arm, and he says “Who’s that” and the other one says “It’s the white man come to see the records”!

I didn’t have my portable record player because I knew there was no electricity, and he had this trunk, stuffed full of records, “my grandad’s he brought them back from London”, all knackered.

But there were things like the original silk screen cover of a Skatalites Studio 1 recording, with something else inside it. He was asking ridiculous prices, like 20 pounds each so I bought one record, and on the way down I got lost and had to slide down the hill on my bum with the record in my mouth, and all these ladies sweeping out their shacks were looking at me, like “why is this white guy coming down here like this, with a record in his mouth?”

Luckily there are no photos of it.

You aren’t keen on World Music?

World Music could be Tibetan nose-flute music, Balkan Brass bands, Cumbia, the only things those have in common is that they don’t come from NY or London. 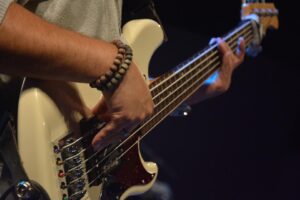 There was an interview with one of the guys from Orchestra Baobab, I think, and when they asked him who his favourite World Music artist was, he said “Charlie Parker”. And the interviewer said “he’s not World Music”, and the guy said “I come from Senegal, so he is!”

There are styles of music that were made to be communal, and others that were not. Anything that has that communal element, be it Reggae, Soukous, Highlife, House, whether people recognize it or not, they will dance: it is a primal response to music.

Hugo: Growing up, Hip-Hop was huge, but to me it was more ‘posturing music’. It doesn’t make you feel included in something. That is the key: music that makes you feel included, and that is something shared by music in a large part of the world. Some people like to feel special for listening to it. It’s not easy listening, but it is easy dancing. So dance to it.