In the Ukrainian war it is now possible to point out some important features that allow us to understand this war process as an expression of the global conflict between the traditional powers of Western capitalism and the new ones, among which Russia, India and China stand out, both sides with their corresponding allies and friends all over the planet. 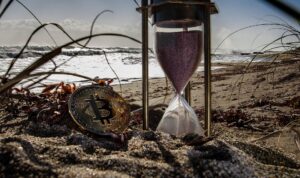 One of the notable elements is the decline of the dollar as the obligatory global reference currency, reflecting well the loss of global hegemony by the United States.

It no longer has to compete not only with the euro of its European partners, but above all with the Chinese yuan and the Russian rouble, and it has to impotently engage in barter practices without the dollar. China holds a huge amount of US public debt – the largest in the world – which is an unparalleled asset. If China decides to recoup its investment, the damage to Washington’s (and the world’s) economy would be incalculable.

The measures now taken against Russia over the war in Ukraine initially affected the rouble but Moscow has responded with equally effective measures that fundamentally negate the Western measure. The close links in the global economy are such that what affects one affects all. 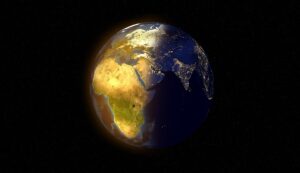 The blockade on Russian exports does not seem to have achieved its purpose either, while at the same time demonstrating the differences between European allies and between them and Washington.

Despite the flamboyant declarations of some European governments in favour of blockade measures, in practice Russian raw materials continue to flow to Europe, and key countries such as Germany are expressing their opposition to them, as dependence on Russian gas for the normal functioning of their economy is enormous and cannot be overcome immediately. And it is not only a problem for Germany. The global rise in oil and gas prices has a very negative impact on the world economy, starting with the United States.

Nor can one hide the weaknesses in NATO itself as it watches helplessly as its threats fail to halt Russia’s advance in Ukraine. It seems certain that part of the settlement of the conflict involves renouncing Ukraine’s NATO membership (Kiev accepts this).

It is also problematic for NATO to add neutral countries such as Sweden and Finland to this military alliance as it would increase instability in the region and create the conditions for a future conflict similar to the current one.

Do these two countries really want to expose themselves to being the Ukraine of the future? Russia does not accept military bases surrounding its territory with the same logic that Washington would not accept if Moscow were to install similar bases in the Caribbean, as was evident with the Cuban missile crisis.

Moscow withdrew these bases on the island in exchange for a similar withdrawal of US bases in Turkey.

The relative confidence of some European countries in NATO is not new, and there is no shortage of those who are betting on creating their own military alliance (or a parallel one) in order to avoid being involved in conflicts such as the current one in Ukraine, which has been promoted by Washington and basically obeys its strategic interests, in its struggle with Russia (and China). Equally noticeable is the attitude of many countries in Asia, Africa and Latin America, which represent the vast majority of the world’s population.

The unqualified condemnations of the Russian invasion only come from governments crudely beholden to Washington – Colombia, for example – but in general they do not coincide in form or substance with the declarations of Western powers.

The vast majority of these countries deplore the harsh events in Ukraine and propose a diplomatic solution. 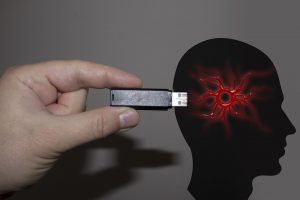 In reality, Washington and its allies are left alone in their war against Russia and only get formal demonstrations but no overt support from the poor periphery of the planet whose economies are seriously affected as a result of a war that is not theirs.

It seems that the conflict is largely perceived as the result of contradictions between powers and that no one in their right mind wants to be involved in wars in which the great powers, as in the colonial wars of yesteryear, engage peripheral countries in combat without being directly involved themselves. In reality and on the basis of the actual facts, Moscow has not started this war.

The West has for years been engaged in various forms of aggression against the former USSR, a conflict which at the time and beyond the ideological question (the fight against communism) was aimed at preventing Russia from breaking out of its backwardness and becoming an effective competitor of the West, as has happened in reality.

It is no different in relation to China. In the view of Westerners, Russia and China should be limited to being mere suppliers of raw materials, and little more. 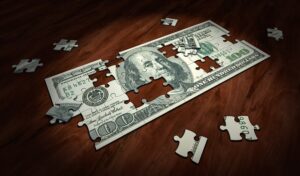 This is why all the agreements signed between Washington and Moscow after the end of socialism, which required the dismantling of the many military bases that the Americans – with the undeniable help of European governments – had installed around the USSR, were not honoured. None of them were dismantled; on the contrary, NATO and other forms of imperialism multiplied their aggressive presence, encircling Russia even more than in Cold War times.

Attempts to add Ukraine to this strategy are undoubtedly at the root of the current conflict. The same goes for China, literally surrounded by US bases. Could a US-orchestrated provocation towards China, using Taiwan, lead to a war scenario similar to the one in Ukraine?

If the course of events does not change, the war in Ukraine will be resolved by preventing Ukraine from joining NATO and will be a warning to other countries in the region that wish to do so.

Some agreement will surely be reached on the independence of the Donbas regions that demand it. 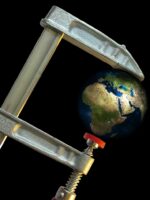 In the case of Crimea it is necessary to remember that it was never Ukrainian. It was a small Slavic kingdom that joined the tsarist empire centuries ago and which Stalin ceded to Kiev shortly before his death.

Its population is Russian-speaking and Russian-cultured and by a very large majority decided to accept its return to Russia after the coup d’Ã©tat organised by Washington against the government in Kiev, which is close to Moscow. Without taking this background into account, it is easy to fall for the media’s manipulation (albeit sometimes so clumsy and blatant).

Moscow will control the coast, directly or through allies, and Ukraine will be left landlocked. The Ukrainian people will see the current Western solidarity fade away and will have to pay the price.

In the meantime, the big arms companies, which have already made fabulous profits, will be looking for another Ukraine to repeat the operation. As was done in the First World War – a confrontation between capitalist powers to divide up the world – the right thing for the left is to go for peace, just as Rosa Luxemburg, Karl Liebknecht, Lenin or Jean JaurÃ©s did in their day.