“Guilt is a great motivator”, I said to my therapist. She was not impressed. Of course I was being provocative. But psychotherapists are often concerned at mitigating our guilt-feelings, seeing them as signs of a repressive superego. 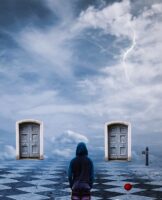 Guilt can indeed be induced, as a means of social control. Parents, religions, bosses, society as a whole, can pressurise us to conform to their standards.

Guilt is then the inner consequence of contravening these laws. Not only do we reap the external punishments inflicted by authority, we also internalise a pattern of self-hatred and disgust.

Thus the policeman is transformed into our conscience, to keep us in line. This prevents us from acting freely, and in such a way as to realise our own desires and potentials.

The subsequent guilt-feelings can tie us up in knots, causing psychosomatic illnesses, as well as neuroses and depression.

Ironically, psychiatry, psychology and psychotherapy, can also all be used for the same purpose. Only the labels change.

It was not only in the Soviet Union that mental illness was used as a tool of political repression. In the West as well, non-conforming behaviour is often labelled as illness.

This explains the over-diagnosis of schizophrenia, for example, among certain ethnic and migrant communities, when white doctors fail to understand culturally-specific ways of behaving. 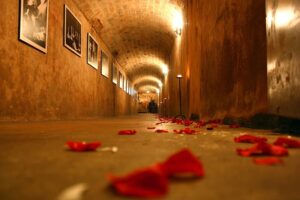 They also fail to take in to account the experiences of injustice, poverty and racism, which contribute to rage and anger among groups who are excluded from power in capitalist society.

Sometimes, however, we need to feel guilty. We need to make a distinction here between ‘guilt-feelings’ and actual ‘guilt’.

On one hand, we may feel guilty, when we are in fact not guilty. Or on the other, we may not feel guilty when we are. So, someone may be made to feel guilty for not caring for their mother, when actually they did; and their breaking away was merely part of their adolescent growing-up into independent adulthood.

Or, someone may not feel guilty, when they for example, commit a murder, because they have no sense of personal responsibility.

When we experience unjustified guilt-feelings, we need to be helped to overcome these. But where we are actually guilty, then we have to face up to our responsibility, repent, and make restitution. 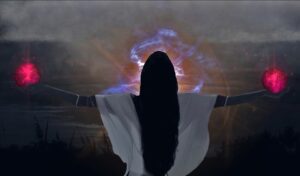 If we make a promise at work, and fail to deliver that promise, then some guilt is appropriate to that failure.

In more serious cases, however, to experience guilt implies a set of norms, before which we are guilty, not merely an arbitrary set of social values.

This entails an examination of morality, which is different from a ‘moralistic’, judgmental, condemning, attitude.

For guilt to be a motivator, do we not need a system of morals before which we are accountable? Or is everything relative? It applies not only to personal, but also socio-political issues. Ought not the exploiter, the racist, the homophobe, to feel guilty?