Wood, gold and oil have made Peru prosperous but the human cost has been high and is borne by the poorest people –the indigenous, that is- in the country. These are families who have not left the land to find employment and better prospects in urban areas. 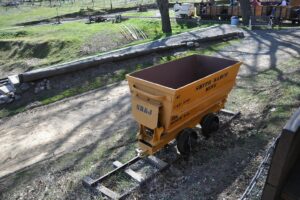 The maternal grandmother of the author of “Wars of the interiors” , Joseph Zarate, was born to a community from the Kikama Kikamiria indigenous nation in the northern rainforest.

She left for Lima, learnt to use a knife and fork and changed her way of speaking: “Getting ahead in the city meant, in a sense, ceasing to be who she was”, ruefully remarks her grandson.

He travels to the country’s interior and meets those who have chosen not to leave but by staying find themselves waging a kind of war “inside and outside themselves” to preserve their culture.

Authorities -powerful corporations, government, local mafia- treat them and their way of life as items to be shifted to a column of disposables in the spreadsheets of capitalism.

Zarate’s research leads him to write about three of these conflicts over land and identity; conflicts that have been going on for generations across Latin America “like a heavy, silent inheritance that has been passed down to us and we cannot easily give back”. The exploitation of timber, gold and oil in Peru has resulted in crimes committed against indigenous people and the resulting conflicts are not reducible to roadblocks and mass demonstrations. They occur within the minds and bodies of those who are victimized and those who resist.

The first chapter is a grim account of the background to the murder of Edwin Chota who stood up for the Sawwto, an Amazonian community on the Alto Tamaya river.

Personal details bring fifty-three-year Edwin Chota to life, a courageous man who gave up life as a mixed-race city dweller to dwell in a hut in the middle of a rainforest. He was killed by logging interests who wanted the land. There are parallels with the Penan of Sarawak.

To this day, there are more than 600 indigenous communities who are not the legal owners of their land. But Maxima Acuna Atalaya, from the province of Cajamarca, has a piece of yellowing paper that is her certificate of ownership. She showed it to the gold mining company who wanted her land and burnt down her home to make their point. This is another story of a courageous individual who resists exploitation and this time there is an inspiring ending.

The third chapter is about Osman Cunachi who, as a child in 2016, waded into a river full of oil as part of a ‘clean-up’ operation by the company responsible for a break in the pipeline. 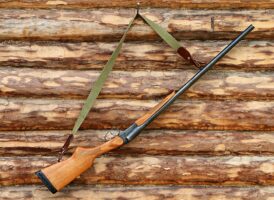 “Wars of the interiors” is an important chronicle of events and Joseph Zarate is a fine writer to record what has, and is, happening in Peru’s interior.

“Wars of the interiors” by Joseph Zarate is published by Granta.