Irony and sarcasm form the basis of British humour along with those sentences whose intended meanings are far from what they might appear. 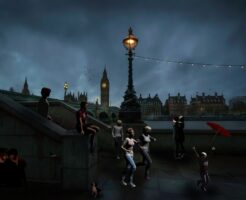 It seems the first hurdle awaiting the visitor upon arrival in the UK is the language.

For some this represents more of a challenge than others but in the end they always manage to make themselves understood.

At the very least some well known expressions and gestures play an important part in them expressing themselves. But one thing the majority are not used to and never pause to consider that they will have to deal with on a daily basis, is the British sense of humour and way of speaking. Some do not think it funny, others find it offensive and the majority simply do not understand it. Many even feign a false laugh so as to feel part of the group. And the same goes for when the British use phrases that mean one thing to them but something rather different to everyone else.

“That’s interesting”, is one of the most common phrases you might come across. The majority might think that in fact the user is interested in what is being said. However, the phrase has a deeper meaning which is totally the opposite and in reality means “that’s clearly nonsense” or that the user is simply (and paradoxically) not interested.

According to an American survey by the New York Bakery Company, during his or her lifetime each Briton uses 1.7 million unnecessary words, above all when talking about issues, as they use long sentences and a variety of arguments to express very simple statements.

This amounts to 60 words a day, 420 a week and 21,840 per year. However, when talking to family or friends they do not have the same problem in expressing their real thoughts.

Added to all this is that British sarcasm which has been known regularly to lead to confusion or an uncomfortable atmosphere where arguments ensue as things get taken the wrong way.

What is said as opposed to what is meant

There are many cliches about this issue and there are even guide tables circulating on the Internet in an attempt to better explain these expressions.

How often do you hear the typical English “perhaps” used to impart “no”, or “I’m fine” to mean “I’m not OK so stop asking?”

Other expressions that have a contradictory meaning are the often used “It’s fine”, which instead means “I’m really disappointed”. These kinds of examples can be found in the workplace too. “Can we consider some other options?” is an attempt to politely convey “I don’t like your idea”.

During conversation you frequently encounter “I hear what you say” which actually means “I don’t agree nor want to discuss the matter”. This is also the case when a Briton starts a sentence “with all due respect” and really means “I think you’re an idiot”.

And there are those moments when someone has done something out of the ordinary, which poses an element of risk and tells their British friend about it who will say “It’s a brave proposal” leaving them with the feeling all is well whilst unknown to them what they really mean is “You’re mad”.

An example from every day life is offered by Joanne Goddard who lives in New York and writes a blog called Cup of Jo. Her father is English and she often does not understand what he means. In this blog she tells of one of these incidents. 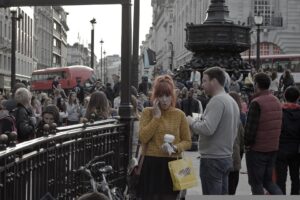 “When we were in secondary school my sister asked if she could drive to Detroit with her boyfriend to see a band. He said: “I’d prefer if you didn’t”. She went all the same and when he got mad with her after she was confused : “But you never said I couldn’t go”.

Britons are accused of being cold and not as friendly as those from other cultures but there is something the majority of people agree on: their sense of courtesy.

The fact that an English person is friendly in conversation does not necessarily mean he or she want to start up a friendship with you. It may well be that in your home country making friends is the easiest thing in the world but here it takes a little longer.

In addition, punctuality is something valued in the UK whether for formal meetings or dining at friends’ houses. And if you are a guest it is customary to bring chocolates, flowers or a bottle of wine as a gesture. Different to many cultures Britons enjoy entertaining people in their own homes.

And although many non-Britons are used to jumping queues and flouting this convention of taking turns here it is looked down upon.

Britons are also very careful where the issue of privacy is concerned and asking questions of a personal nature such as someone’s age or salary shows a clear lack of respect. Also opening doors in public to let someone pass is a custom just as are the ubiquitous words “sorry”, “pardon”, “thank you”, and “please”. 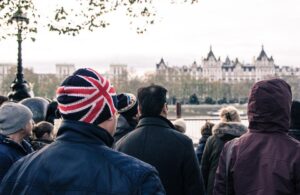 They express their aversion to something saying “it’s a little much for my taste” which is rather ambiguous in its meaning.

In fact typical British humour lies in making fun of failure â€“ as much one’s own as others’, but above all the latter. Away from British humour joking about someone who has died or about illness would probably be considered cruel and insensitive. But here it is acceptable so long as it is done in jest.

However, if there is something this culture does teach you it is to laugh at yourself when you make a mistake or have a bad day and not to take things too seriously or attach too much importance to the situation. And this is how the famous British group of comedians Monty Python were able to enlighten many with their famous sentence “always look on the bright side of life”.