Writer-director Roz Mortimer’s hybrid documentary “The deathless woman” –a response to the virtual erasure of the history of Roma from our cultural memory of the Holocaust- will tour to seven UK cities and towns from May to July, including Glasgow, Bolton, Erith, Manchester, Chester, Sheffield and Leeds. 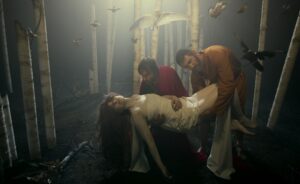 Up to 500,000 Roma are believed to have been killed during WWII, possibly half of the population in Europe at that time, and to this day Roma activists battle for recognition of this event.

It was finally acknowledged as genocide by West Germany in 1982.

The Roma are today still one of the most marginalised minority ethnic groups in Europe.

However, despite sharing a common language (Romani) and heritage, the Roma are also a diverse range of groups who do not worship a single faith – factors which may have contributed to a lack of awareness of the Roma Holocaust, also known as Porajmos (the Devouring).

Hence the importance of The Deathless Woman, a ghost story for the 21st century. A film that tells that story in the Romani language, and does so by fluidly interweaving the theatrical re-imagining of buried secrets, and by featuring direct on-camera testimony from survivors and witnesses of historic and contemporary crimes against the Roma in Poland and Hungary.

This poetic and powerful film tells the story of a Roma woman buried alive in a forest in Poland during WWII and uncovers a history of atrocities against the Roma in Europe. 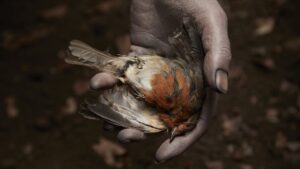 She is the Deathless Woman. Motivated by rage, she rises from her grave to draw our attention to the persecution of the Roma people from the 1940s to the neo-Nazi hate crimes of the present day.

“The deathless woman”, which was originally inspired by Agnes Daróczi and Jaanos Barsony’s book Pharrajimos: “The fate of the Roma during the Holocaust”, comes out of a prolonged period of research by writer-director Roz Mortimer, who has been working with Roma communities in London, Poland and Hungary for over 10 years.

Mortimer writer, director, and producer, says: “I came to this story as an outsider, knowing nothing about the history of the atrocities against the Roma. Like the Seeker character in the film, I had to follow my instinct, my empathetic and emotional responses to events, and seek out first-person testimony, because there is so little in the archives, libraries and history itself about the Roma and what happened to them in WWII. In telling a story when there is nothing there, we had to take a creative approach to events in the forests, the Auschwitz Birkenau camp and the internet, which remains full of hate speech and prejudice, today”. 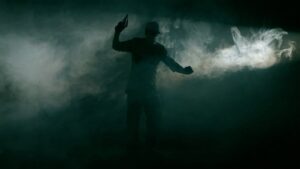 Through panel discussions with Roma artists and activists, Romani Language Workshops led by Juice Vamosi – who was Romani Language Consultant on the film – and screenings, “The deathless woman” tour seeks to open debate and inspire social change.

Coinciding with Gypsy, Roma and Traveller History Month, the tour is supported using public funding, and will be supplemented with multilingual versions of the film, made available online.

To see the details of the tour click here: The Deathless Woman.