Anna Mendelssohn, whose poetry has also appeared under the names Anne Mendelson and Grace Lake, was born near Manchester in 1948. Various collections of poems appeared before her death in 2009 and now “I’m working here” brings together all her work in a meticulously prepared edition. 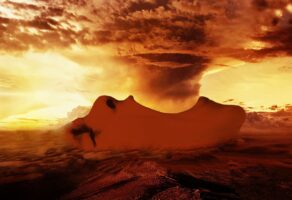 Mendelssohn was working for dispossessed groups in London in 1970 when she moved into a house in Stoke Newington with a mixed group of activists.

They were aligned with an urban guerrilla movement called The Angry Brigade whose small, purely symbolic bombs were planted at different locations: embassies, politicians’ residences and a BBC van at a Miss World beauty pageant.

No one was ever injured by the explosions -that was never the intention- but Mendelssohn was one of eight arrested at the house. Along with three others, she courageously defended herself at the Old Bailey. Four were found guilty and sentenced to ten years; the expected sentence was 15 years but the jury asked for clemency.

It seems clear that the police planted incriminating evidence, with one of the defendants saying afterwards “they framed a guilty man”. Angry Brigade bombings took place after the trial. 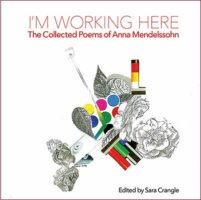 Mendelssohn’s poetry is bound up with her prison experience, the poverty that came with release and her severe ill health (she gave permission for her children to be temporarily fostered; they were never returned to her care).

Her poems refuse easy assimilation and become her form of resistance to state power, patriarchy and middle-class feminism.

Grammar and punctuation are often unconventional in the poems and the absence of linear narratives or arguments make them difficult to paraphrase.

Her voice, though, is loud and clear. It is indomitable, restless and fierce, with sardonic one-liners and cryptic allusions counterpoised by a tenderness and a solipsism that protect the rage from self-destruction: “crowds / locked invisibly leading their largely miserable lives /in stiff cultural patterning”. A poem beginning “This is the reason why I do not conform” refers to “people without minds”.

The language twists and turns, “goes forwards by backwards” as she says, and barely conceals feelings of fear, hurt and trauma. The reader will often be uncertain of what is being said, confused even, and political concerns are more often on the periphery than openly stated: 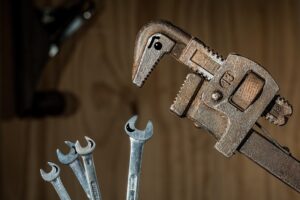 Politics destroy art. / That is to not to say that / my art is not political, it is / highly political, but it is not /politics.

She has no time for predatory males, whatever their ideological leanings, and is able to use the word ‘gentleman’ without sarcasm.

Well-heeled women who spout feminist notions but at no personal cost earn only her derision.

“I’m working here” has been scrupulously prepared from a mass of manuscripts. It includes a useful introduction and extensive notes that chronicle what is known about the composition of each poem. Recommended secondary reading is “Pomes and joys”, an anthology of writing that celebrates Anna Mendelssohn.