Fundamentalist churches are big supporters of right-wing politics in Brazil. They promote an ideology of moral and physical purity which is deeply racist and sexist, by providing a sense of community. And in a fragmented society they know how to market their ‘product’ to all sorts of groups. 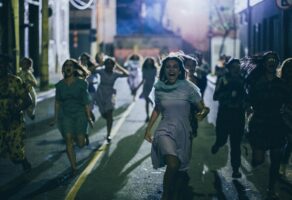 The fundamentalist message works by offering a sense of community, but its techniques are manipulative, channelling political support, and encouraging members to distrust ‘worldly people’, even within their own families.

Brazilian churches are arriving in Africa too, along with fundamentalist Islam, as The Prisma has reported.

But for her: “the real horror in Medusa was the most realistic part, the things that the church minister says”. These statements are relatively benign compared to a report of an evangelical pastor who was arrested for homophobic and racist intolerance.

The image of the ideal woman propagated by these churches seems to be influenced by a US model. The 1990s Baywatch beach show ran for 13 seasons in Brazil, more than in the US, and featured an archetypal blonde lifeguard with large breasts.

Only 8% of the population in Brazil live near a cinema, but they are planning as much public screening as possible in schools and universities.

I spoke to the director for The Prisma, after seeing her film at the IndieLisboa film festival, where it won the Special Jury Prize for TVCine. It also won three awards at the Rio festival.

How did you come to make the film?

Around 2015, I read about a group of girls in Sao Paulo state who attacked a girl they considered promiscuous and cut off her hair and cut her face to spoil her looks. Then I found similar reports across Latin America of attacks by girls on one they considered to have been posting provocative pictures of herself on Instagram, and it reminded me of the myth of Medusa who was punished by women. My previous film also dealt with evangelical churches, in the state of Rio de Janeiro where they are very strong, and this is Bolsonaro’s base. And I found out about vigilante groups of boys across Latin America who formed ‘armies of god’. Everything the minister says in the film is based on real recordings, and the songs are inspired by ones in churches, but I changed the lyrics to add some humour.

I also looked at the world of the ultra-right influencers.

These people sell make-up, and some have 2 million followers, but they are also promoting an idea of how a woman should behave. They are not advocating the kind of purity which is against using cosmetics; it’s like the 50’s woman who always had to be pretty and smiling, well-dressed, with perfect make-up. Ideally with very white skin, blond hair and blue eyes. 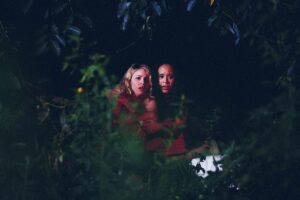 Cosmetic surgery is big in Brazil

Brazilian society is obsessed with physical appearance, fitness and staying young: there are Botox clinics in some shopping centres. Plastic surgery is very cheap too, and people have been arrested for doing cosmetic surgery without a licence.

The film shows a middle-class environment, but in Brazil you can find evangelical churches for all classes and cultures, there are even smaller ones for gays, and SK8 for skateboarders. Rich people go to church dressed in expensive clothes and jewellery. They do not have the authority of the Pope to follow, and anyone can start a church.

How about the Catholic Church? Women do not have to look like the Virgin Mary?

The evangelical churches are there because they offer something different, it isn’t just services, but lots of group activities and they help people to go to college. There is a lot of internal migration in Brazil so it really helps the sense of community if you can arrive in a new place and go to the same church you belonged to before. 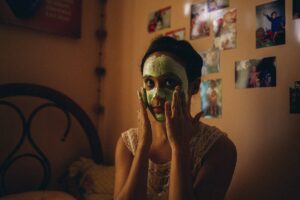 One of their slogans is “don’t trust worldly people”: your real family is the church. I know someone who refused to convert with other family members, and now they do not speak to her, she is a worldly person, not part of the family any longer.

The Whatsapp groups of the more extreme churches recommend who to vote for. They tell you not to trust other media, so people are getting all their news through the church media, and the biggest churches are quite conservative. They are involved directly in blocks within parliament.

They make a lot of money from healing sessions and collections, and the more you give the more popular you become. You queue up to donate, so everyone knows how much you gave. They influence people to give money to the church instead of having medical treatment. There have been cases where people who could have been cured have died.

The theme of the film is control, as a woman growing up in a sexist society, we are taught to control our bodies so much, how to look, when to lose our virginity, and as a relief we start to control our friends and form groups to control other women. 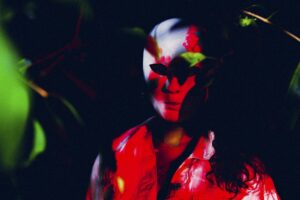 These groups of girls are not really friends because they are always looking at each other and judging. But it was important to give the film an ending of sisterhood. When they are faced with a threat they stick together against the patriarchal morality and the church: she refuses to marry the guy who has assumed that all he has to do is declare love and give her a ring.

The film ends just with screaming. It is non-verbal. What about a political response?

Screaming is Medusa’s reaction before her head is cut off, it is a scream of anger, not fear, and from many feminist studies this is a scream of anger against all the repression women have suffered in growing up and living in a sexist society. It is a political film, they are screaming their pent-up anger, and running through the streets; and I like to play with the idea that women are hysterical, I hate being told by a man that women are all crazy.

(Photos by Bruno Mello, supplied by the interviewee and authorised for publication).